Deacon-structing Doctors of the Church, part 5 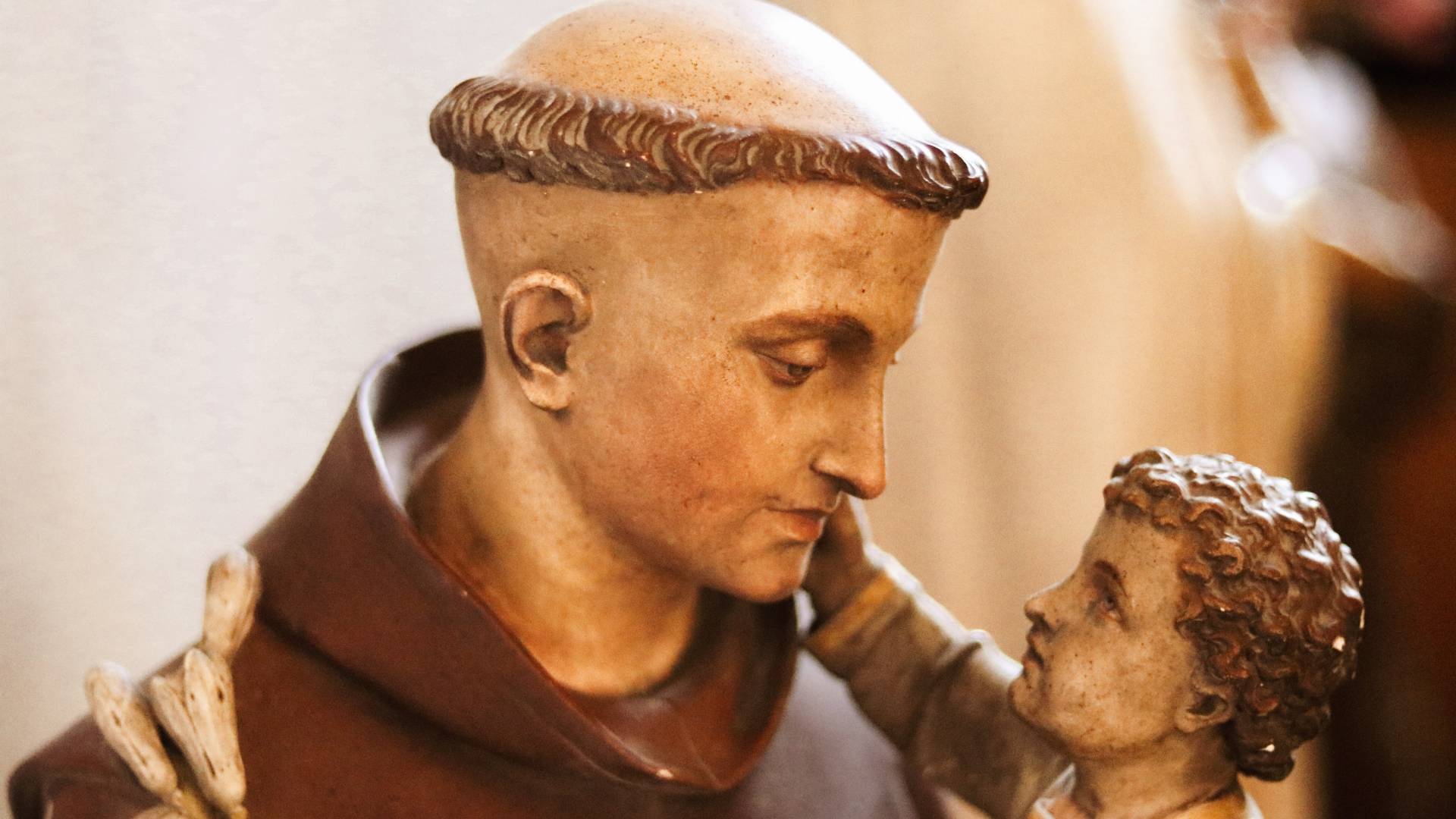 Statue of St. Anthony of Padua (Photo by Il ragazzo on Cathopic)
For the last month we have been learning about a group of saints that the Church calls “doctors” for their vast contributions to the teaching body of the Church. We started with St. Gregory the Great, St. Ambrose, St. Augustine, St. Jerome, St. Thomas Aquinas, and St. John Chrysostom. They were named “doctors” between the 13th and 16th centuries. Then we looked at St. Basil the Great, St. Gregory of Nazianzus, St. Athanasius, St. Bonaventure, St. Anselm, and St. Isidore of Seville, who were named “doctors” in the 16th, 17th, and 18th centuries. In part three, we learned about the next six to be named “doctors”: St. Peter Chrysologus, St. Leo the Great, St. Peter Damian, St. Bernard of Clairvaux, St. Hilary of Poitiers, and St. Alphonsus Liguori. Last week, we learned about St. Francis de Sales, St. Cyril of Alexandria, St. Cyril of Jerusalem, St. John Damascene, St. Bede the Venerable, and St. Ephrem. They were named “doctors” in the late 19th and early 20th century. Today we continue with six more doctors. They were given that title between 1925 and 1959.   Peter Canisius was a Dutch Jesuit priest who lived in the 16th century during the Protestant Reformation. He was the first Dutchman to join the Society of Jesus, and his preaching and writings were very influential at the time.  He established the first Jesuit colleges in Germany. He attended several sessions of the Council of Trent. Much of his work is dedicated to clarifying the Catholic faith, as a response to the rising tide of Protestantism. His most notable works are A Summary of Christian Teachings, On the Incomparable Virgin Mary, and his Catechism, which he wrote in German so as to make it more accessible to readers.

“I want to reawaken in others and in myself a greater fervour so that the Catholic deposit of faith, which the Apostle did not entrust to us without reason and which is preferable to all the riches of this world, is kept treasured, intact and authentic, because on it depend Christian wisdom, overall peace and human holiness.” – St. Peter Canisius

John of the Cross is known as the Mystical Doctor. He was a Carmelite priest, mystic, and reformer who lived in Spain in the 16th century. It was St. Teresa of Avila who persuaded him to lead a reform movement which brought new energy to the Carmelite Order. His poems and mystical writings are considered among the greatest in all Spanish literature.  His most famous ones, Spiritual Canticle, Ascent of Mt. Carmel, and Dark Night of the Soul, are considered masterpieces.

“Whenever anything disagreeable or displeasing happens to you, remember Christ crucified and be silent.” – St. John of the Cross

Robert Bellarmine was also a Jesuit priest. He was the Cardinal Archbishop of Capua (in present-day Italy) from 1602 to 1621. Bellarmine also lived during the Counter-Reformation. He was a professor of theology and rector of the Roman College (now the Gregorian University). He supported many reforms from the Council of Trent. He wrote Disputationes de Controversiis Christianae Fidei, which covers the main disputes between Catholics and Protestants. He also published a Catechism, in two versions, on which the famous Baltimore Catechism is based. He also wrote The Mind’s Ascent to God, The Art of Dying Well, and The Seven Words on the Cross.

“Prosperity and adversity, wealth and poverty, health and sickness, honours and humiliations, life and death, in the mind of the wise man, are not to be sought for their own sake, nor avoided for their own sake. But if they contribute to the glory of God and your eternal happiness, then they are good and should be sought. If they detract from this, they are evil and must be avoided.” – St. Robert Bellarmine

Albert the Great is known as the Universal Doctor. He was a Dominican friar, Bishop of Regensburg, Germany, and a contemporary of Thomas Aquinas. He has been called the greatest German philosopher and theologian of the Middle Ages. As well as being a theologian and spiritual writer, he was a scientist, philosopher, astrologer, and diplomat and wrote on many subjects including botany, geography, astronomy, zoology, physiology, justice, law, and music.

“Mary is the Divine Page on which the Father wrote the Word of God, His Son.” – St. Albert the Great

Anthony of Padua was a Portuguese Franciscan who is known as the Evangelical Doctor. He lived in the 13th century. One of his greatest successes was preaching in France and Italy and converting heretics. He was the first member of the Franciscans to teach theology to his brothers. He is venerated all over the world as the patron of finding lost things. He is most well known for his collection of Sermons.

“Do you want to have God always in your mind? Be just as he made you to be. Do not go seeking another ‘you’.” – St. Anthony of Padua

Lawrence of Brindisi was a Franciscan priest and superior and diplomat, known as the Apostolic Doctor, who lived in the 16th century. He taught theology and was an accomplished linguist, being fluent in seven languages, and he became famous as a forceful preacher. He wrote many works explaining the Faith. Among them Mariale, Lutheranismi Hypothesis, Adventus, Dominicalia, and Sermones de Tempore.

Come back next week for the last six doctors: the ones most recently named doctors, including the four women Doctors of the Church. Do you know who they are?