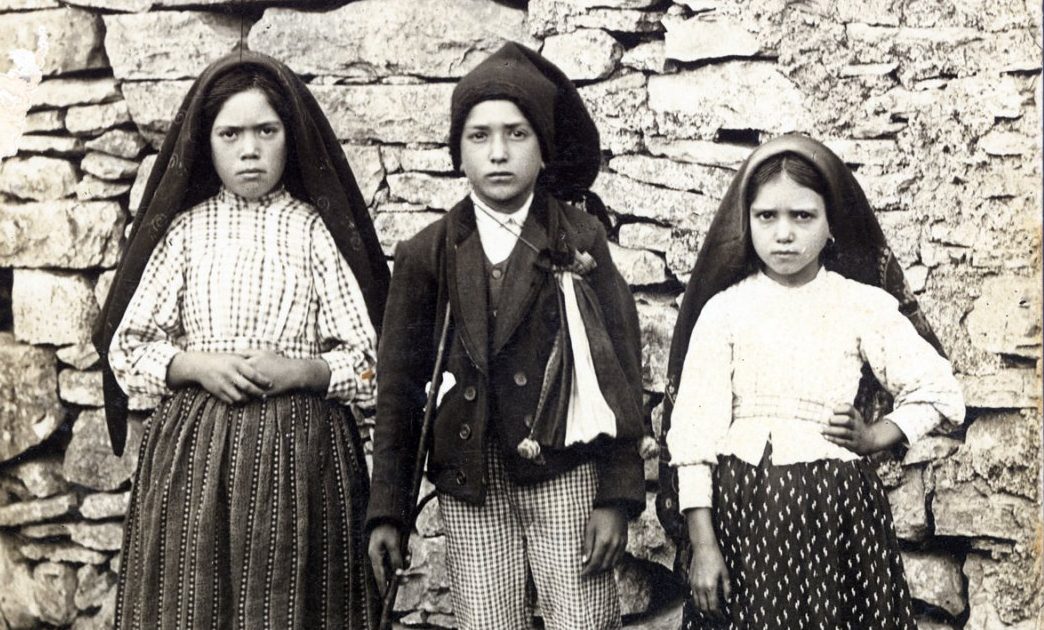 Recently, we aired a program called The Faithful Traveler , hosted by Diana von Glahn. This particular episode focused on Fatima. A few days later we received a phone call from one of our viewers, Janet Cadieux, from Edmonton. Janet wrote that she had watched the program and heard the host say that the Church had officially consecrated Russia to Mary (as had been requested to the three children by Mary during the Fatima apparitions). She said that someone in her parish was adamant that this had not taken place. Janet asked if we could we help clarify and give her some resources that she could use with this gentleman in her parish. Thank you Janet for calling. Since I’ve been deaconstructing Mary and have written about apparitions (and since October is the month of the Rosary; last Friday was the Feast of Our Lady of the Rosary - and this weekend Pope Francis is celebrating the Marian Jubilee), perhaps this is a good excuse to look at some of them individually in more detail. The feast of Our Lady of Fatima is coming up on October 13, so here’s a very brief summary of the Fatima apparitions. On the 13th of May of 1917, three children, Lucia Santos and her cousins Jacinta and Francisco Marto were watching their sheep when they claim they saw a woman “brighter than the sun.” The lady asked them to devote themselves to the Holy Trinity and to pray the Rosary every day to bring peace to the world and to bring an end to the war. Mary asked the children to return to the same place, a month later, on the 13th of June. They did and Mary appeared to them again. This time she told them that Francisco and Jacinta would be taken to Heaven soon but that Lucia would live a long life in order to spread her devotion to the Immaculate Heart. She asked them to return a month later. On July 13th Mary appeared once more to the children. On this occasion, she told them about a miracle that would take place in October. During this visit, Mary also revealed to the children a vision of hell, told them about the devotion to her Immaculate Heart and also gave them the "Third Secret", which foretold punishments to the world and persecutions of the Church and the Holy Father. She said she would return to ask for the consecration of Russia to her Immaculate Heart and the re-instatement of the First Saturday Devotion. She said that if her wishes were fulfilled, Russia would be converted and there would be peace. By now the local parish priest was made aware of what was happening. Of course, news spread and on August 13, the provincial administrator arrested the children in order to prevent them from their scheduled appointment with Our Lady. The children were interrogated and threatened to keep silent about the apparitions. That month, the children reported that Mary appeared to them on August 19. This time Mary again asked them to return on the 13th of the month, to continue praying the Rosary daily and reminded them of her promise for the miracle in October. There was a fifth apparition on September 13. By now, the number of those present during the apparitions was growing increasingly and thousands showed up. People reported several supernatural phenomena but only the children saw Mary. The miracle that is now referred to as the “miracle of the sun” took place during the last apparition, on October 13. That day, a massive crowd, some say of up to 100,000 people, showed up to witness this miracle. It had been raining all day, but that did not deter the crowds. All of the sudden, the rain stopped. Witnesses remember Lucia telling people to look at the sun. They then say that the sun appeared to change colours and begin spinning like a wheel. Others say they saw the sun dancing. This lasted for about 10 minutes. People thought it was the end of the world. The children did not notice it. Mary told them that she wanted a chapel to be built for her on that site in her honour. She said she was the Lady of the Rosary. As Mary was ascending, the children saw St. Joseph with the Child Jesus and Mary beside the sun. St. Joseph and Jesus appeared to be blessing the world. Then they saw Our Lord and Our Lady of Sorrows – Our Lord appearing to bless the world again. Mary then appeared as Our Lady of Carmel with the Scapular inviting everyone to wear it. In total, the children claim that Mary appeared to them six times. After a canonical inquiry, the visions of Fátima were officially declared "worthy of belief" in October 1930 by the Bishop of Leiria-Fátima. As Mary had predicted, Jacinta and Francisco died during a flu epidemic. Francisco in April 1919 and Jacinta in February 1920. Francisco was 10 years old and Jacinta was 9. They were both beatified by Pope John Paul II on May 13, 2000. Lucia joined the Sisters of St. Dorothy in 1928. She continued to report private visions throughout her life. In 1925 she reported that Mary had appeared to her and asked her to promote the first Saturday devotions (also called the Act of Reparation to the Immaculate Heart of Blessed Virgin Mary). Next time, let’s look at the Secrets and the Consecration to Russia. - Image: Lúcia Santos, Jacinta and Francisco Marto. Photo attributed to Joshua Benoliel - http://www.santuario-fatima.pt in Ilustração Portuguesa no. 610, 29 October 1917.