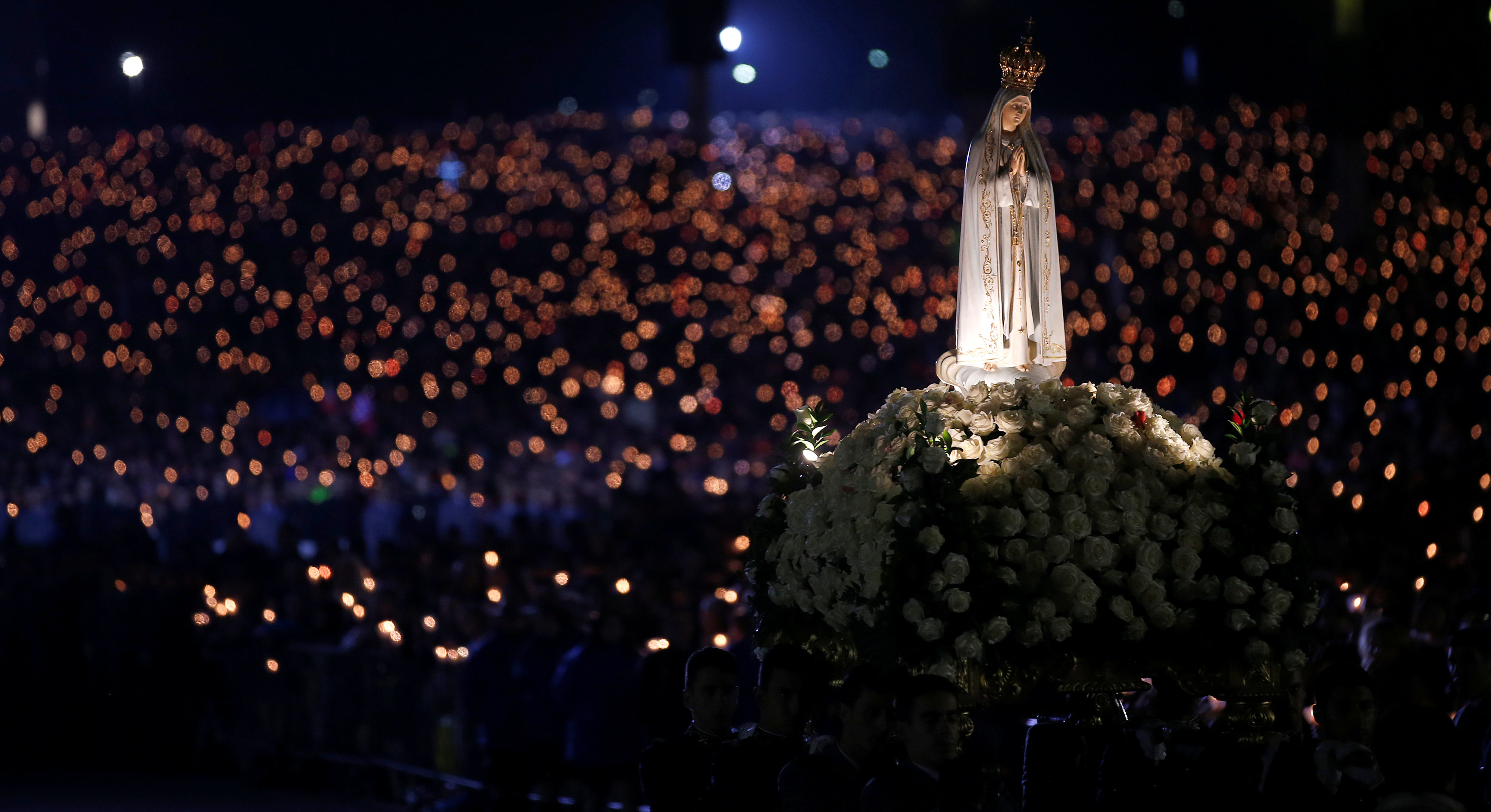 Last week we looked at a quick summary of the Fatima Apparitions that took place between May 13 and October 13, 1917. Today I want to look at, specifically the content of the three secrets and the confusion regarding the consecration of Russia. Last week we learned that in Fatima, Mary appeared to three children, Francisco, Jacinta and Lucia. Francisco and Jacinta died shortly after the apparitions took place. Lucia however, went on to become a religious sister and continued to have private visions. In 1929 she reported that Mary appeared to her and asked that Russia be consecrated to her Immaculate Heart. In 1941, in her third memoir, Sr. Lucia described the three secrets that had been revealed to them in July 1917. The first secret was the vision of hell. The second secret was recommending a devotion to the Immaculate Heart of Mary as a way to save souls and bring peace to the world. It also predicted an end to WWI, but predicted a worse war if people didn’t stop offending God. This message also included the promise that Mary would return to ask for the consecration of Russia to her Immaculate Heart and the re-establishment of the First Saturday Devotions. The third secret, which I remember still being secret when I was growing up, was revealed to the Holy Father, Paul VI, at the time, in 1960. Lucia explains that she kept it secret until then because she believed that it would be more clearly understood after that date. That same year, the Vatican made an official statement that the third secret would remain a secret. However, the Third Secret was made public in 2000. It reads in part:

And we saw … a Bishop dressed in White ‘we had the impression that it was the Holy Father'. Other Bishops, Priests, men and women Religious going up a steep mountain, at the top of which there was a big Cross of rough-hewn trunks as of a cork-tree with the bark; before reaching there, the Holy Father passed through a big city half in ruins and half trembling with halting step, afflicted with pain and sorrow, he prayed for the souls of the corpses he met on his way; having reached the top of the mountain, on his knees at the foot of the big Cross he was killed by a group of soldiers who fired bullets and arrows at him, and in the same way there died one after another the other Bishops, Priests, men and women Religious, and various lay people of different ranks and positions.

Before it was made public (with an appropriate commentary), the Secretary of State for the Vatican, Cardinal Angelo Sodano, announced at the time of the beatification of Francisco and Jacinta, that Pope John Paul believed his surviving the assassination attempt of May 13, 1981 (on the Feast of Our Lady of Fatima) was linked to the third secret of Fatima. He said that,

“According to the interpretation of the “little shepherds”, which was also confirmed recently by Sister Lucia, “the Bishop clothed in white” who prays for all the faithful is the Pope. As he makes his way with great difficulty towards the Cross amid the corpses of those who were martyred (Bishops, priests, men and women Religious and many lay people), he too falls to the ground, apparently dead, under a hail of gunfire. After the assassination attempt of May 13, 1981, it appeared evident that it was “a mother's hand that guided the bullet's path”, enabling “the Pope in his throes” to halt “at the threshold of death” (Pope John Paul II, Meditation from the Policlinico Gemelli to the Italian Bishops, Insegnamenti, XVII, 1 [1994], 1061). On the occasion of a visit to Rome by the then Bishop of Leiria-Fatima, the Pope decided to give him the bullet which had remained in the jeep after the assassination attempt, so that it might be kept in the shrine. By the Bishop's decision, the bullet was later set in the crown of the statue of Our Lady of Fatima.”