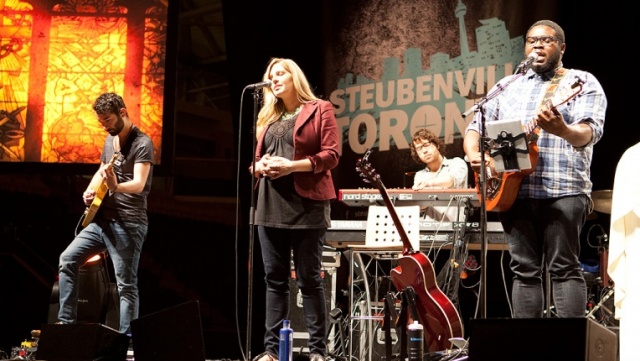 Teens, chaperones and volunteers alike were all excited for what was sure to be an incredible 2nd day.

Soon after, Host Bob Rice kicked off the day with Morning Prayer and advice on how to develop a daily prayer life. 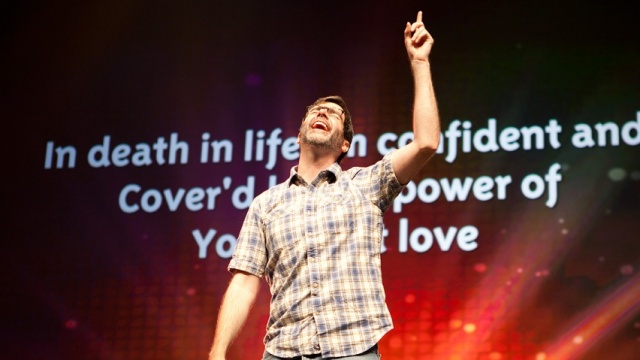 His advice: PRAY every day!

The morning’s keynote speaker, Fr. Dave Pivonka then took the reins and gave his talk title God is Real. 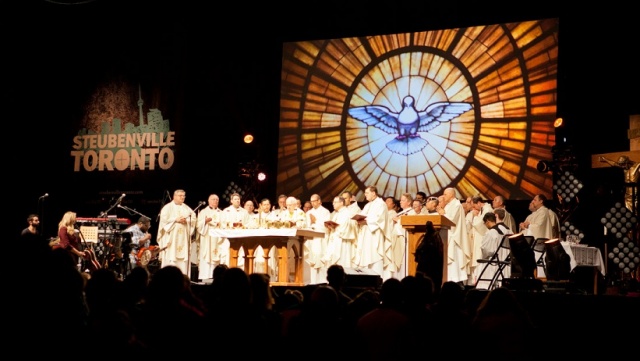 Approximately 40 priests concelebrated mass with Archbishop Prendergast of Ottawa in the Mattamy Athletic Centre for over 2400 teens and volunteers! 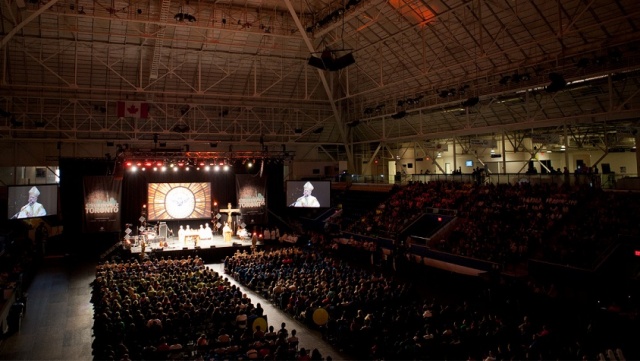 After mass, the teens of #SteubieTO were given the option of choosing between one of two morning workshops- God is in Suffereing led by Fr. Dave Pivonka or God is in Media, led by Jackie Francois. 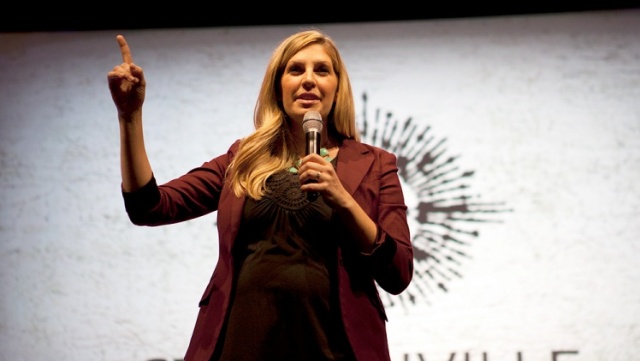 Later in the afternoon, to combat the post-lunch lull, Jackie Francois really got the crowd pumping with a fun and entertaining competition game, BoysvsGirls. 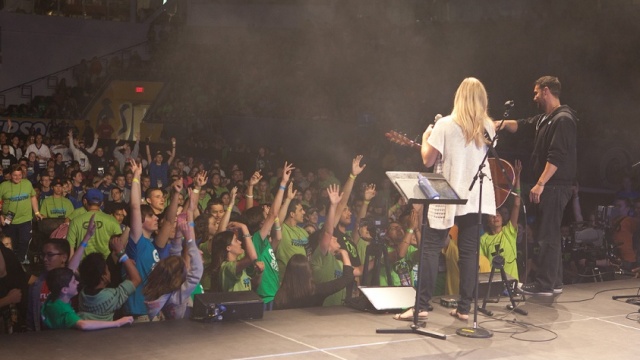 The ladies and gents of #SteubieTO listened to Jackie play a song and they tried to guess the artist! 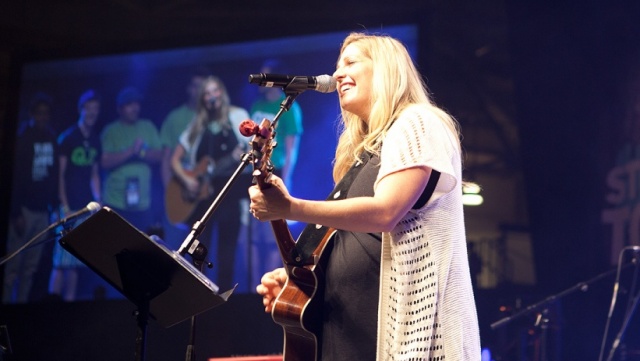 The guys gave it their all, but the ladies took this one. 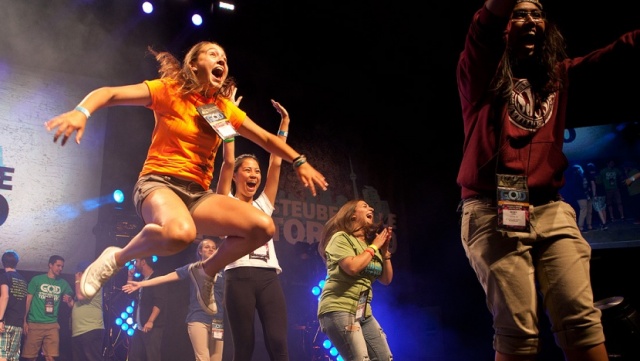 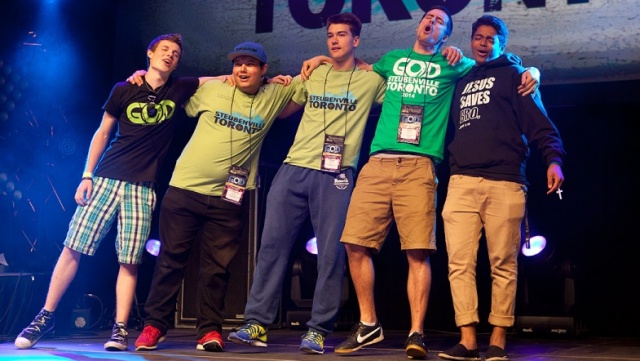 After a quick dance party…. 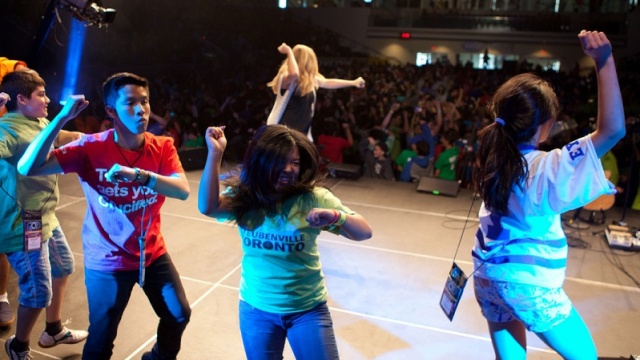 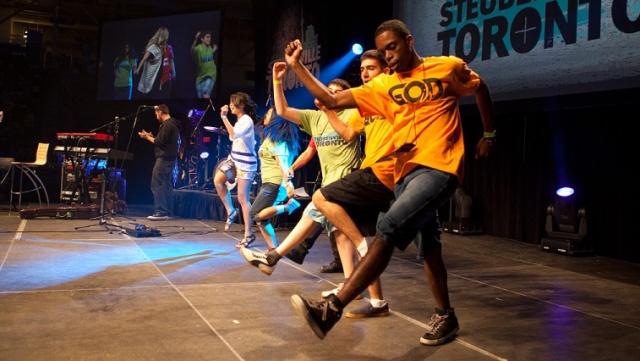 ...the teens were to their afternoon workshops. This time their options were God is in the Day to Day by Mary Bielski and God is in Service by Mike Gormley. 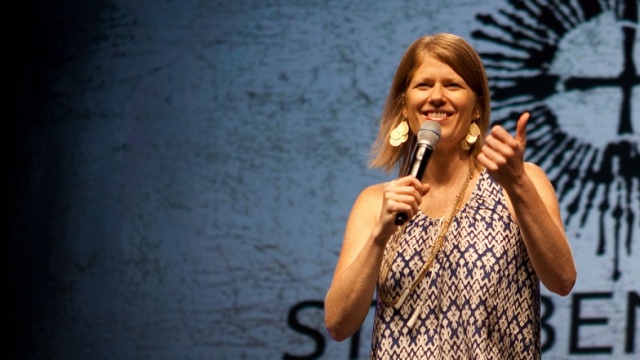 #SteubieTO teens and volunteers also squeezed in a quick break between sessions. Some chose to catch up on World Cup action….

….while others played a quick game of ultimate frisbee! We care for the WHOLE person at Steubenville Toronto!

Before dinner, the #SteubieTO participants were given another chance for reconciliation…. 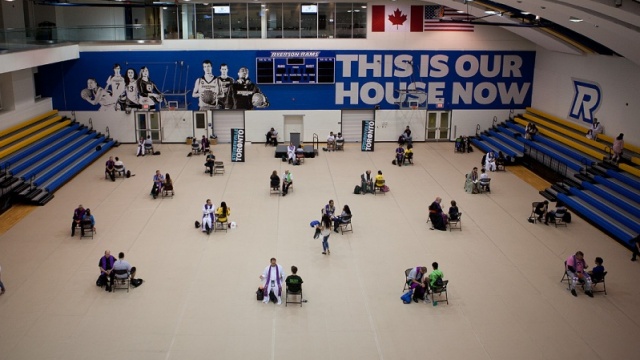 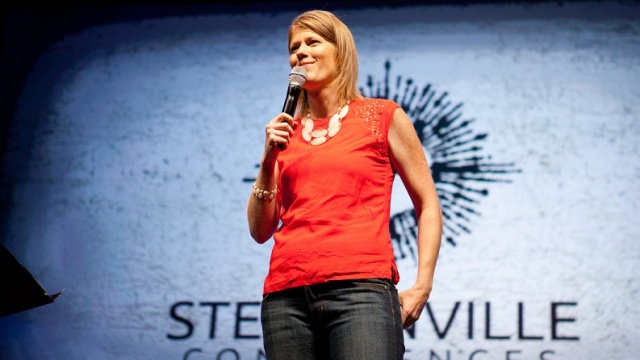 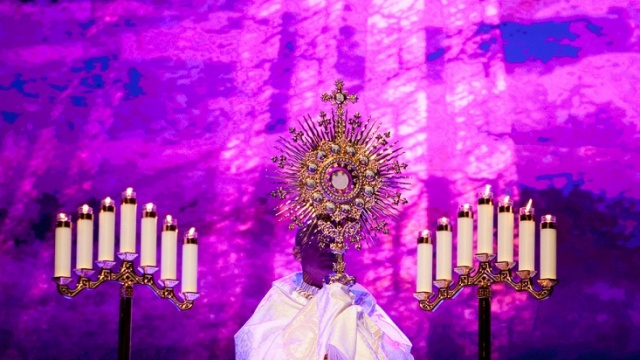 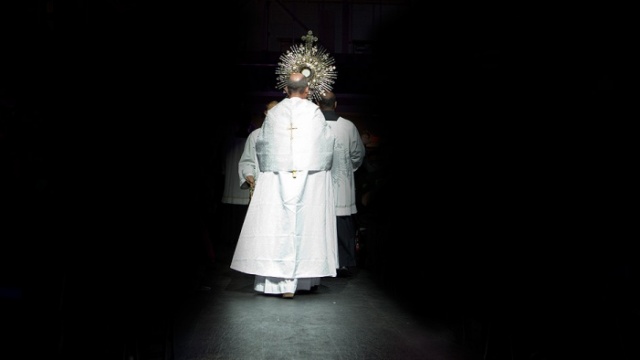 This time, Jesus went out into the crowds, calling out to the teens.

After an evening of Praise, Worship, Adoration and reconciliation, teens returned to their hotels for rest to prepare for the final day of #SteubieTO. 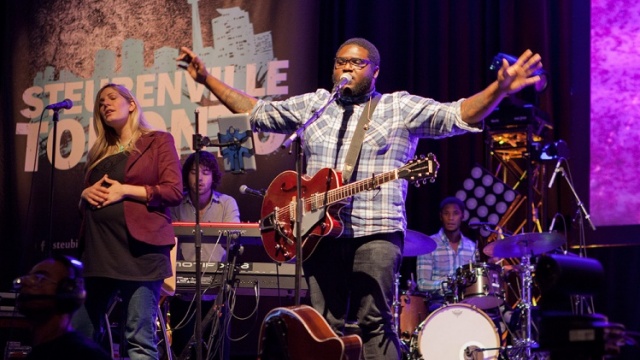 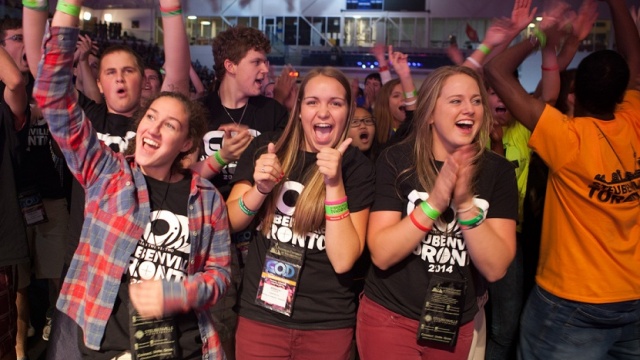