Understanding the Indigenous delegation to Rome: Some helpful resources 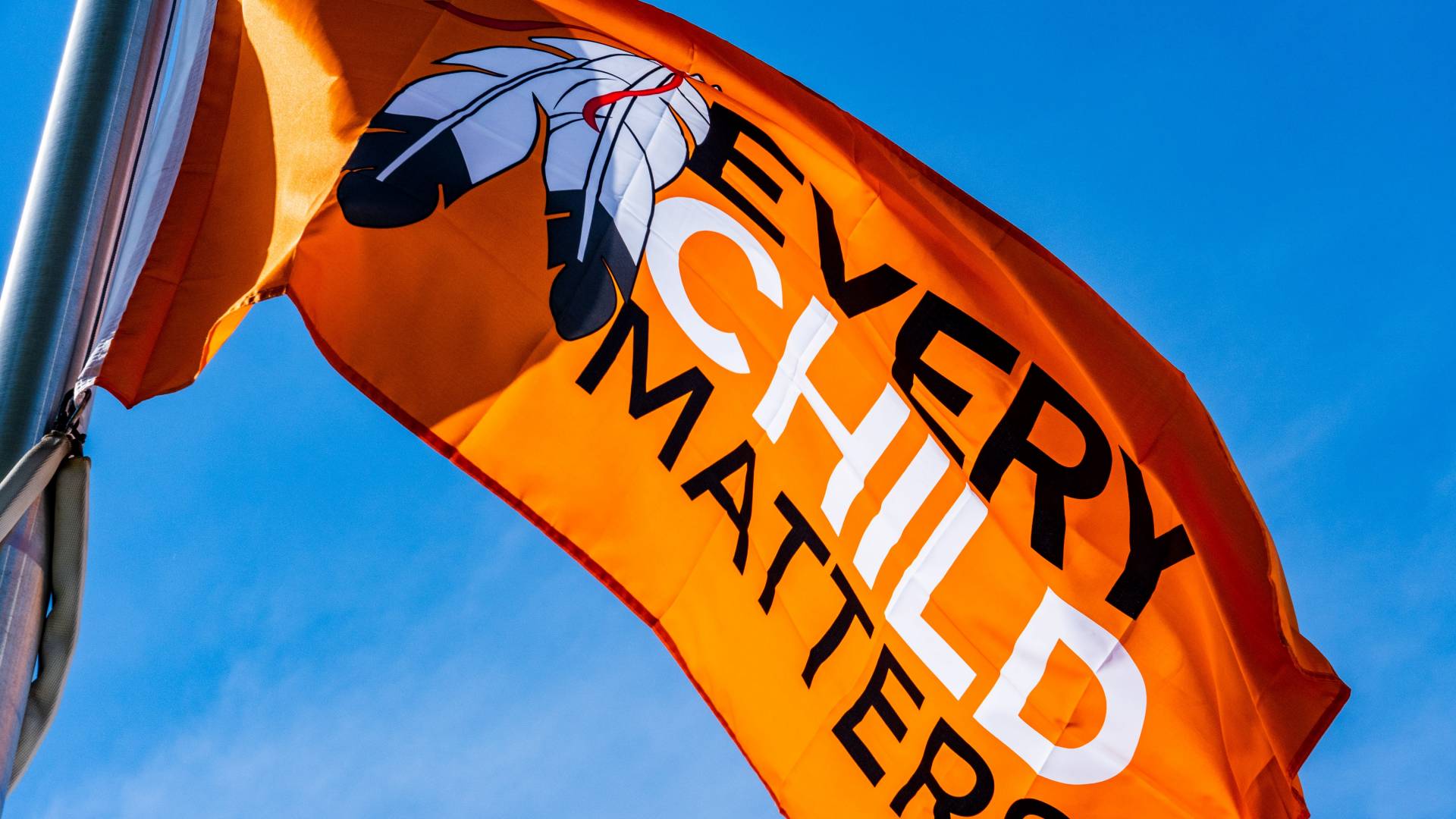 Photo by chris robert on Unsplash
Between March 28 and April 1, a delegation of Indigenous leaders, elders, and residential school survivors will meet with Pope Francis in Rome to discuss Catholic involvement in residential schools in Canada as well as the lasting impact on Indigenous communities. This is an important step in the process of healing and reconciliation, a process which requires the participation of the entire Catholic Church in Canada and not only those who were directly responsible or who have been directly affected. As conscientious citizens and as witnesses to the Gospel’s message of love, it is the duty of Canadian Catholics to be informed and aware of Catholic involvement in injustice towards the Indigenous Peoples of Canada and also of the work being done within the Church toward healing, reparation, and reconciliation. It is also important to understand where we as a Church have fallen short. As we prepare for this important moment on our journey together, many people will have questions about residential schools and the Church’s involvement. Here are some resources to help you get started as you explore these issues.

What were residential schools? And what do we know about their impact on Indigenous individuals and communities?

This article is a good, brief introduction to understanding the history of residential schools in Canada. You can also read about them on the website of the National Centre for Truth and Reconciliation. For a fuller understanding, read A Knock on the Door: The Essential History of Residential Schools from the Truth and Reconciliation Commission of Canada. This book is an easily accessible and readable summary of the final reports of the Truth and Reconciliation Commission of Canada. Should you like to delve even deeper and read the reports themselves, they are available to purchase or for free in PDF format. If you prefer listening to podcasts, Residential Schools, a 3-part series by Historica Canada, does a good job of combining historical fact and personal voices. The best way to learn about the impact of residential schools on Indigenous individuals and communities is to listen to their stories. Fortunately, more and more residential school survivors are feeling empowered to share the truth. The Legacy of Hope Foundation has this excellent series of video interviews with survivors. Unedited and unfiltered, each video runs for half an hour or more, but they are well worth the time it takes to watch and listen. Or if you simply type “residential school survivor stories” into an internet search engine (like Google or Yahoo or DuckDuckGo), you can have access to numerous articles and videos. It is also important to realize that the devastating impact of the residential school system reaches beyond the immediate survivors into their families and communities. For a better understanding of the far-reaching effects of residential schools, read about the intergenerational trauma being experienced among Indigenous communities in Canada.

How and why was the Catholic Church involved in residential schools?

Although residential schools, as a system, were a government initiative, the schools themselves were not run by the government. Instead, the government contracted the work out to those who were already established in the field of education and who often already had a presence in Indigenous communities: the Christian churches. For a concise, balanced, and very readable account of the role of the churches in the residential schools (including an understanding of the mentality behind what inspired those who came to work there), read “The Role of the Churches” in the TRC report They Came for the Children (pages 13-16). There are 139 officially recognized Indian residential schools. Out of these, 64 were run by dioceses or religious orders of the Roman Catholic Church. This website has a list of all the recognized schools indicating the churches which ran them. It also includes a very helpful colour-coded map, which you can download. A similar map and list can also be downloaded here.

Where were the residential schools located?

This interactive map is a good place to start. But don’t stop there. To increase your understanding, why don’t you also check out this map, which shows the traditional territories of Indigenous peoples around the world as well as lands covered by treaties?

Where can I learn more about the unmarked graves found at the sites of former residential schools?

Many people were shocked by the announcement in May 2021 that over 200 unmarked graves had been discovered on the site of the former Kamloops Indian Residential School. Many people are also looking for answers so they can understand why these graves were there and how they fit into the bigger picture of how residential schools were run. This article from BC Catholic does a great job of setting out some history and putting the graves in context by speaking with an expert: Dr. Scott Hamilton, an anthropologist whose report, “Where are the Children buried?”, was used by the TRC as part of its investigation. If you would like to delve even further into this topic, you can begin by reading Dr. Hamilton’s report and the appropriate section in the TRC’s Final Report.

What was the Truth and Reconciliation Commission?

What does the Catholic Church teach about the rights of Indigenous peoples?

While there is no one specific document or set of documents about the rights of Indigenous peoples, the body of Church teaching often referred to as Catholic social teaching presents us with the broader framework in which we can understand this particular issue. This document from the CCCB is an excellent place to start as it looks specifically at the rights of Indigenous Peoples in Canada. It also addresses the intersection between Church teaching and the United Nations Declaration on the Rights of Indigenous Peoples. It has a very helpful appendix which lists a variety of papal addresses and Church documents that correspond with the rights listed in UNDRIP. Questions regarding the rights of Indigenous peoples are relevant not only to Canada but also to many parts of the world that have experienced colonization. Therefore, it is not merely a local issue but one that is relevant to the entire Church, and it can be helpful to look beyond our own boundaries for further resources. In 1994, the Australian Catholic Social Justice Council (ACSJC) published The Catholic Human Rights Tradition and the Rights of Indigenous Peoples. It is a superb document which brings together core principles from Catholic social teaching and explicit statements from Pope John Paul II, as well as developments within the Catholic Church in Australia, to clarify how we as Catholics should understand the rights of Indigenous peoples. Though it is a little long (20 pages) and nearly two decades old, it provides the clearest and most comprehensive discussion easily available to the general public. Everyone should read it. At the very least, it will help clarify how the Catholic understanding of human rights differs fundamentally from any secular understanding. If you would like to delve deeper into the history of Church teaching on the rights of Indigenous peoples, you might want to try getting a hold of the scholarly That the World May Believe: The Development of Papal Social Thought on Aboriginal Rights by Fr. Michael Stogre, SJ.

What work has been done by the Catholic hierarchy in Canada towards reconciliation with Indigenous Peoples?

The Canadian Conference of Catholic Bishops (CCCB), the episcopal conference which includes all the bishops of the country, has a history of working with Indigenous Peoples and advocating for their rights, dating back to its founding in 1943. This includes, as early as 1991, apologies for the part played by many Catholic dioceses and orders in the destruction of Indigenous culture and the abuses which occurred in and as a part of the residential school system. A chronology of the CCCB’s engagement with Indigenous rights as well as links to many of the apologies can be found here. Since 1998, the Canadian bishops have been assisted by the Canadian Catholic Indigenous Council, a specially appointed group of bishops and Indigenous laypeople which advises the bishops on the needs of Indigenous Peoples and on how to promote relationships of healing and reconciliation. The CCCB is also a founding participant of the Our Lady of Guadalupe Circle, “a Catholic coalition of Indigenous people, bishops, clergy, lay movements and institutes of consecrated life, engaged in renewing and fostering relationships between the Catholic Church and Indigenous Peoples in Canada.” Founded in 2016, it promotes dialogue and understanding and engagement with the Truth and Reconciliation process. Read more about the initiatives of the Canadian Church to deepen awareness and understanding of Indigenous needs and experiences as well as to promote a relationship of healing and reconciliation. However, these are national initiatives and only scratch the surface of work being done at the diocesan and local levels. Explore your diocese’s website to find out more about what is happening in your area.

What can I do?