Pope at Lampedusa: "The Globalization of Indifference" 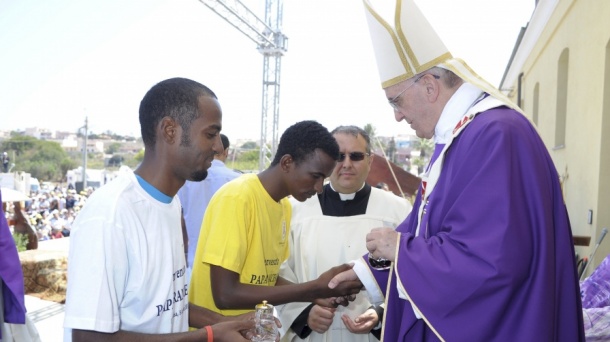 On Monday, July 8, Pope Francis visited the Italian island of Lampedusa off the coast of Tunisia, in solidarity with the many African migrants who have sought refuge there and in remembrance of those who have lost their lives in the attempt. The following is the homily of the Holy Father at an open air Mass for local residents, in which he speaks out against the “globalization of indifference” that leads to tragedies like the deaths of migrants who perish seeking a better future.