Freedom from Religion – The Canadian Edition 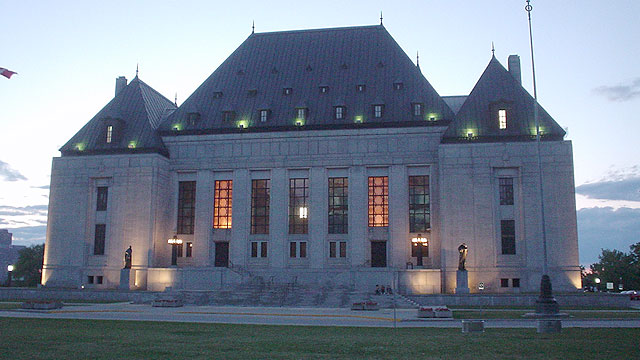 Freedom of religion, it is something that generally speaking, Canadians take for granted. You can wake-up on Sunday mornings, and drive/walk/ride to the local parish. The music plays, the congregation prays, the priest offers the sacrifice of the mass. For most, the conversation ends right there, freedom of religion delivered, your social contract with the state lives to see another day. However there is so much more to it than that. Faith is so much more than being able to assemble. Challenges to those rights are not always as overt as the violence and discrimination faced by our brothers and sisters in other parts of the world.
Cue up 2008, Montreal, Quebec: a private Catholic Boys’ High School called Loyola, takes issue with the new provincially mandated Ethics and Religious Culture (ERC) program. In the wake of doing away with religious schools, the government created a secular ethics program, which seeks to give students a “balanced” look at different faiths. Loyola being a private institution, applied to the Ministry of Education for an exemption. While not objecting to the bulk of the program, the school felt that it could not and should not have to teach Catholicism from a “neutral” or “unbiased” point of view. Administrators argued that it would be impossible and simply not right for teachers to have to leave their faith at the door for a period of each day.
With the government not willing to back down and Loyola not willing to compromise their beliefs, the battle went the way of the courts resulting in a ruling in Loyola’s favor. The government appealed and won, setting up a highly touted main event in the Supreme Court. Ultimately it was Loyola’s day, as just last week, the highest court in the land ruled that the provincial government had indeed infringed on the religious freedoms of the school.
There is no shortage of important points to be unpacked from this case, but the one that stands at the forefront, is the overarching reach of the state. The Government of Quebec has argued that it must equip young people for the future, for the secular society of which they are supposed to be productive members. They also believe that they have a vehicle in the form of the ERC to do so and that it belongs in Catholic private schools. However at what point did the state assume the powers of parents, families and Churches? It is not the job of state to teach people how to be moral. Certainly the state must legislate and enforce laws, however morality has rarely been the forte of governments throughout history.
The state cannot and should not have to try to protect people from themselves. This move, which follows the abolition of religious schools in the province, is at the very least, the tacit admission that faith plays an important role in forming people’s moral compass. However it isn't the government’s job to mould society or its people. All of that comes organically through formation delivered by families, as well as the Churches and communities they are a part of. The government’s role in all of this is to preserve freedom. That freedom gives parents the chance to foster children in what they believe to be an appropriate environment, allowing them flourish and become their own person.
Yet in the case of Loyola, we have seen the opposite transpire. The government has de facto abdicated its responsibility as the guarantor of such an environment and in fact become the culprit. How sad, that this pivot comes as we make such incredible advances in the sciences and the arts. With all of this great knowledge there are those who argue that they must protect people from themselves, from what their faith may teach them. All of this to ensure, that people grow up to be productive members of an increasingly self-secularized society.
Canadians can be grateful that the justice system has fulfilled its mandate and upheld the laws of the land. However it is unlikely to inhibit such attempts curtailing the religious freedoms people of faith hold so fundamentally close to their hearts. If this case has taught Catholics anything, it is that they must be thankful for and respectful of the rights and freedoms of all. These come from God, the creator, whose authority and age, outstrips and predates any piece of legislation conceived. These freedoms are great and powerful and as with any great powers, come great responsibilities. Faith must be used to build a better world, to create a more just society and ultimately inform and inspire people to lives of virtue.