Loyola vs. Quebec: the new reality of confessional secularism 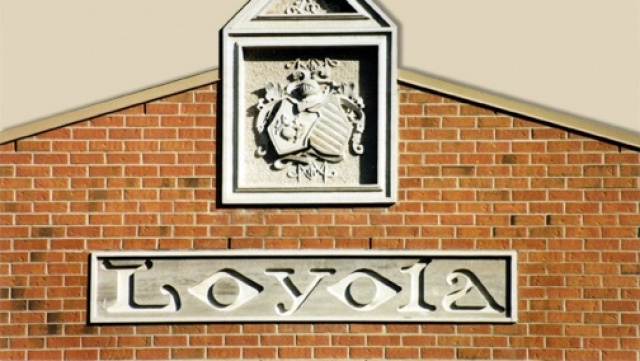 (Photo: loyola.ca) The Supreme Court of Canada has ruled that Quebec’s Minister of Education infringed upon the religious freedom of Loyola, a private Catholic high school in Montreal, by requiring the school to teach all aspects of the province’s Ethics and Religious Culture Program (ERC) from a neutral perspective, i.e. from a non-confessional, or specifically non-Catholic perspective. This decision has sparked an animated conversation across Canada about religious freedom and the role of government, or as it’s traditionally known, the question of the separation of church and state.  One of my colleagues recently wrote on the proper role of the state in matters of religion and morals.  Here I offer the following reflection on another essential consideration, namely, the growing phenomenon of what we might call “confessional secularism,” that is, the transformation of a purely neutral secularism into a belief system; a faith. A simple timeline of the six-year legal battle between Loyola and the Minister can be found at the end of this column.  For more background information visit Loyola’s website or read the Supreme Court’s decision. Reading between the lines From the outset, it is important to note that the dispute was not over the content or goals of the ERC Program.  Loyola does not object to the “recognition of others,” “pursuing the common good,” or promoting “openness to human rights, diversity and respect for others,” as outlined in the course.  On the contrary, these objectives are central to the mission of the school.  And historically speaking, the Catholic Church itself is responsible, in part, for embedding into modern society the fundamental principles of rights, equality, liberty and justice from which these goals originate. The problem is the Minister’s insistence on the strict implementation of the ERC Program from a “neutral” perspective.  According to the Supreme Court, the Minister’s insistence suggests that, “engagement with an individual’s own religion on his or her own terms can be presumed to impair respect for others.”  In other words, the Minister made an irrational assessment of the Catholic perspective: that from a Catholic perspective it is impossible to teach children to respect others and promote dialogue and the common good, as articulated in the ERC course. (According to the Minister the perspective must be neutral, i.e. secular.) The Court perceptively refuted this assessment of the Minister. In perhaps the most penetrating statement in the majority decision, the Court went beyond simply arguing that the Minister had violated the school’s religious freedom.  It also stated that preventing Loyola from teaching Catholicism from a Catholic perspective “does little to further the ERC Program’s objectives.”  This observation of the Court can form the basis of our consideration of “confessional secularism”. Calling a spade a spade As I understand it, confessional secularism is the result of transforming the fundamental tenets of secularism into a belief system.  It is one thing to promote a secular state that is neutral in matters of religion; it is quite another to promote a secular state that adopts secularism as a religion.  Confessional secularism is like any other religion insofar as a certain belief system is held to be true above other belief systems. If we keep this in mind and follow the line of thought of the Supreme Court, we find the Minister’s insistence that Loyola teach Catholicism from a neutral perspective to be counterintuitive. We would expect to see the Minister uphold at all costs the integrity of the ERC Program.  Instead, we see the Minister insist on a strictly secular approach to religion and ethics that limits the religious freedom of a Catholic institution and thus undermines the very goals of the ERC Program, which were designed to celebrate openness and diversity.  How can this be? I remember reading G.K. Chesterton’s Orthodoxy for the first time, and being struck by a similar phenomenon. In the book, Chesterton reflects on the prevailing anti-Christian attitudes of the early 1900’s in Europe. Like many of his contemporaries he was open to new and progressive ideas, and traditional Christianity was largely seen by the intelligentsia as primitive and authoritarian.  The young and agnostic Chesterton celebrated these various critiques of Christianity, but then became alarmed by the inconsistencies he found in them.  At one point he wrote:

“It looked not so much as if Christianity was bad enough to include any vices, but rather as if any stick was good enough to beat Christianity with. What again could this astonishing thing [Christianity] be like which people were so anxious to contradict, that in doing so they did not mind contradicting themselves?”

We might pose a similar question to Quebec’s Minister of Education: What is it about the Catholic perspective on issues of religion and ethics that the government is so anxious to contradict, that in doing so it does not mind contradicting its own goals for the ERC Program? I do not have a definitive answer to this question.  Nor is it the competency of the Court to try to answer it.  However, the Court did conclude that, “A secular state respects religious differences, it does not seek to extinguish them.” We must acknowledge the reality of confessional secularism in our society today.  Forceful expressions of it seem to spring more frequently out of Quebec, but it is not a stagnant phenomenon and certainly not isolated in Quebec.  The subtle leap from a purely neutral secularism to confessional secularism is one that more and more Canadians are making.  It is indeed a leap of faith. The difficulty with confessional secularism is not that secularism has become a new religion, but that its proponents sometimes fail to recognize it as such.  The Loyola case proved this definitively.  If confessional secularists are willing to recognize their belief system as a belief system, then Canadians should do as they have always done: welcome with open arms another group into our pluralist society.  But if proponents of this new religion advocate a kind of official atheism in the name of neutral secularism, then Loyola vs. Quebec won’t be the last case of religious freedom before the Supreme Court.