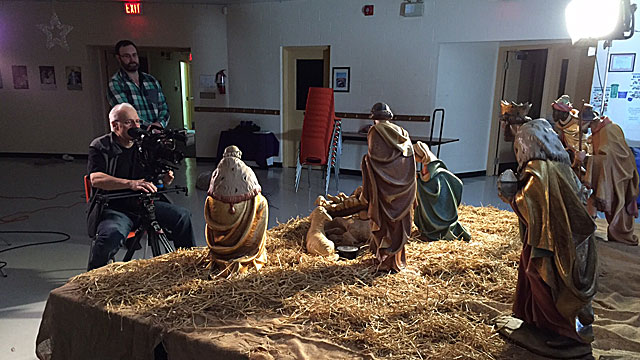 If someone asked you to tell them the Christmas story as it’s told in the Gospels, how would you tell it?  What would you include?  What would you emphasize?  How accurate would your retelling be?
The common image of the Christmas story that we have in our minds comes from traditional nativity scenes.  We see them in churches, on people’s lawns, on Christmas cards, etc.  We all know the main characters in the scene: there’s Mary and Joseph with the baby Jesus, the Angel Gabriel, the Shepherds from the nearby hillside with their sheep and the Magi from the far East.
Interestingly, if you included all these characters in your retelling, you would be describing a very different story than we find in any one of the Gospels.  Only two of the four canonical Gospels—Matthew and Luke—have an “infancy narrative,” that is, a Christmas story of the birth and infancy of Jesus.  Mark and John say absolutely nothing about the birth of Jesus and his infant years. 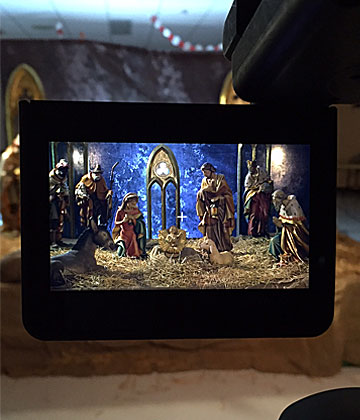 Matthew and Luke have infancy narratives, as I said, but they differ greatly in detail.  For example, the Shepherds, who play a key role in Luke’s narrative as the first to hear and respond to the proclamation of the birth of the Messiah, don’t appear at all in Matthew.  Whereas the Magi, or “three kings” don’t appear in Luke! This is just one of many examples of significant differences in detail between Matthew and Luke’s narratives.  So, why do we include both the Shepherds and the Magi in our nativity scenes?
Well, there is a good reason why we do, and that’s one of the areas I explore in a new documentary on the infancy narratives.  It’s called “The Birth of the Messiah” and will premiere this Christmas Eve on S+L.
In it, I use modern Catholic Biblical scholarship to navigate these two extraordinary infancy narratives.  What has become clear in my research is that each one is very much a story in itself!  Each has its own unique characters and symbols, language and historical details, all feeding into a bigger theological picture of who this Jesus really is!
It’s been a learning experience to say the least; a deep study of the Scriptures always is.  With this in mind, ask yourself the question again: how would I tell the Christmas story?
The Birth of the Messiah Premieres Thursday, December 24 8pmET / 5pmET Only on Salt and Light TV