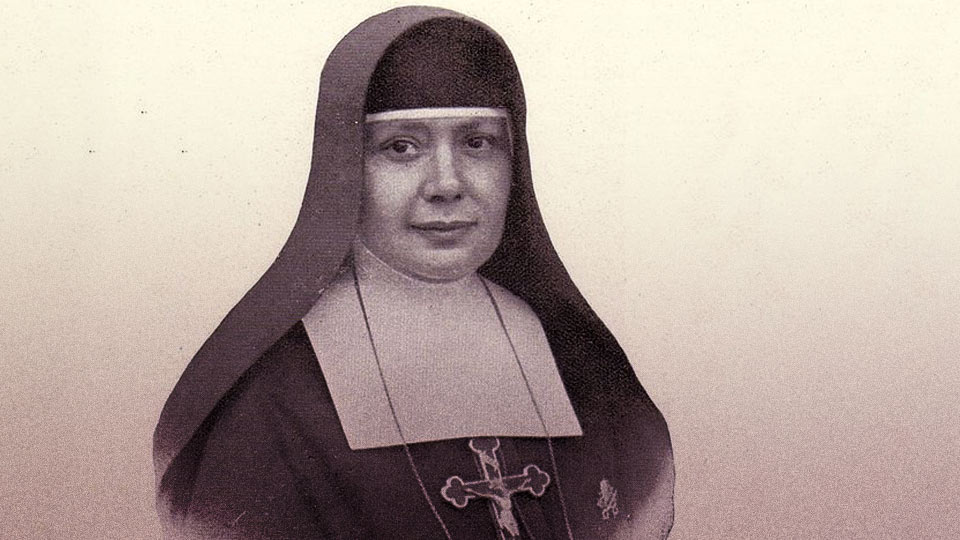 “You, Nazaria, follow me.” At only 9 years old, Nazaria Ignacia March Mesa heard those words, feeling her first call from the Lord. “I will follow Jesus,” she responded, “as close as a human creature can.” Born in Madrid in 1889 to a large Spanish family, Nazaria quickly developed a strong faith that her family often opposed, growing so tired of her devotions that they once grounded her from going to Mass. Nazaria persisted in her belief, however, and after her family moved to Mexico in 1904, she continued her devotion and decided to join the Institute of Sisters of the Abandoned Elderly (Instituto de Hermanitas de los Ancianos Desamparados) in 1908, taking the name Nazaria Ignacia de Santa Teresa de Jesús and making her perpetual vows in 1915. The Institute sent her to work in Oruro, Bolivia, where she supported the elderly, poor, and neglected.

After a few years in Bolivia, Sister Nazaria became inspired by the Spiritual Exercises of Saint Ignatius of Loyola and began to feel called to establish a new order devoted to missionary work, evangelization, and religious education. On June 16, 1925, she founded the Missionaries of the Pontifical Crusade (later renamed the Congregation of the Missionary Crusaders of the Church). It was the first Bolivian religious community for women. Their mission supported the catechizing of children and adults, while also supporting priests, conducting missions, and printing religious tracts. As the superior of the congregation, Mother Nazaria worked diligently through opposition and difficulty, doing whatever she could to see that this new congregation grew. She even had a private audience with Pope Pius XI in 1934 in which she told him she was willing to die for the Church, but the pope said, “Do not die but live and work for the Church.” In this spirit, the Congregation continued its work in Bolivia while also opening houses and ministries in a number of countries. Led by Mother Nazaria, the Sisters worked to assist many in need. They cared for women, orphans, and soldiers, created a magazine for women in religious life, and even helped form the first female labour union. Beginning in Bolivia, their work spread across South America and into areas like Portugal, Spain, France, Italy, and Cameroon. Back in Buenos Aires, Mother Nazaria began suffering from pneumonia early in 1943 and died on July 6, 1943. Both she and her Congregation continued to be recognized after her death. The Congregation of the Missionary Crusaders of the Church received official Vatican recognition on June 9, 1947, and Nazaria Ignacia de Santa Teresa de Jesús was beatified by John Paul II on September 27, 1992. Mother Nazaria left behind a great reputation for holiness and care. She is known to have always recommended to the superiors of her Congregation houses a maternal approach to the sisters in their care, remembering their role as Mother of the house. She is considered by many to be a visionary for her time, proposing that the Catholic Church should be open to truly meet people decades before the conversations and documents of the Second Vatican Council.