Do you really believe in conversion? You wonder this as you repeat those same sins in confession. You also struggle to believe that a dysfunctional family relationship could be transformed by God; it’s been a certain way for so long, you can hardly fathom what it would even look like. On a societal scale, when considering problems in your community, your efforts at prayer wither under discouragement. We all fight the disquieting capacity to resign to the way that things are. 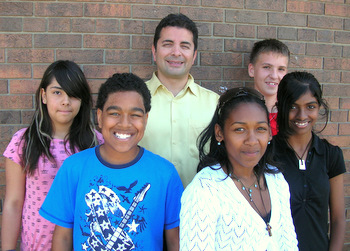 For one Toronto-area neighbourhood, though, the status quo became intolerable. The compromised safety of their children jolted residents into action. Bordered by two highways and Toronto’s major airport, Malton feels distinct from the neighbouring cities of Mississauga and Brampton. Though its problems may have been exaggerated in the media, the community of 40,000 developed an unenviable reputation for gang violence. Malton endured four homicides in 2009, slightly down six the year before. So far this year, there has been one. And according to residents interviewed by the Toronto Star, Malton feels safer, too. How did Malton do it? A city councillor credits municipal investment, such as new pools in the community centre and refurbished parks and fire stations. But some of the facilities she cites, like the new youth drop-in centre, have yet to open. There is another more significant factor that Salt + Light documented in Changing Course, airing tonight at 8pm ET (repeating Thursday at 11:30am ET). To address gang and bullying problems in Malton, the Dufferin Peel Catholic District School Board enacted an innovative strategy to support at-risk youth. The schools’ visionary principals developed programs encompassing academics, sports, the arts, faith and even nutrition. Community partners like the Knights of Columbus and the police eagerly signed on to help. Changing Course follows students of these schools for one school year, revealing their challenges, victories, and the limitless potential of Catholic education. Tonight's presentation coincides with a special screening in Minsk, Belarus. Changing Course is an official entry in the Magnificat International Catholic Festival of Christian Documentary and TV Programs. Earlier this year, the film also participated in the Niepokalanow Festival in Poland.