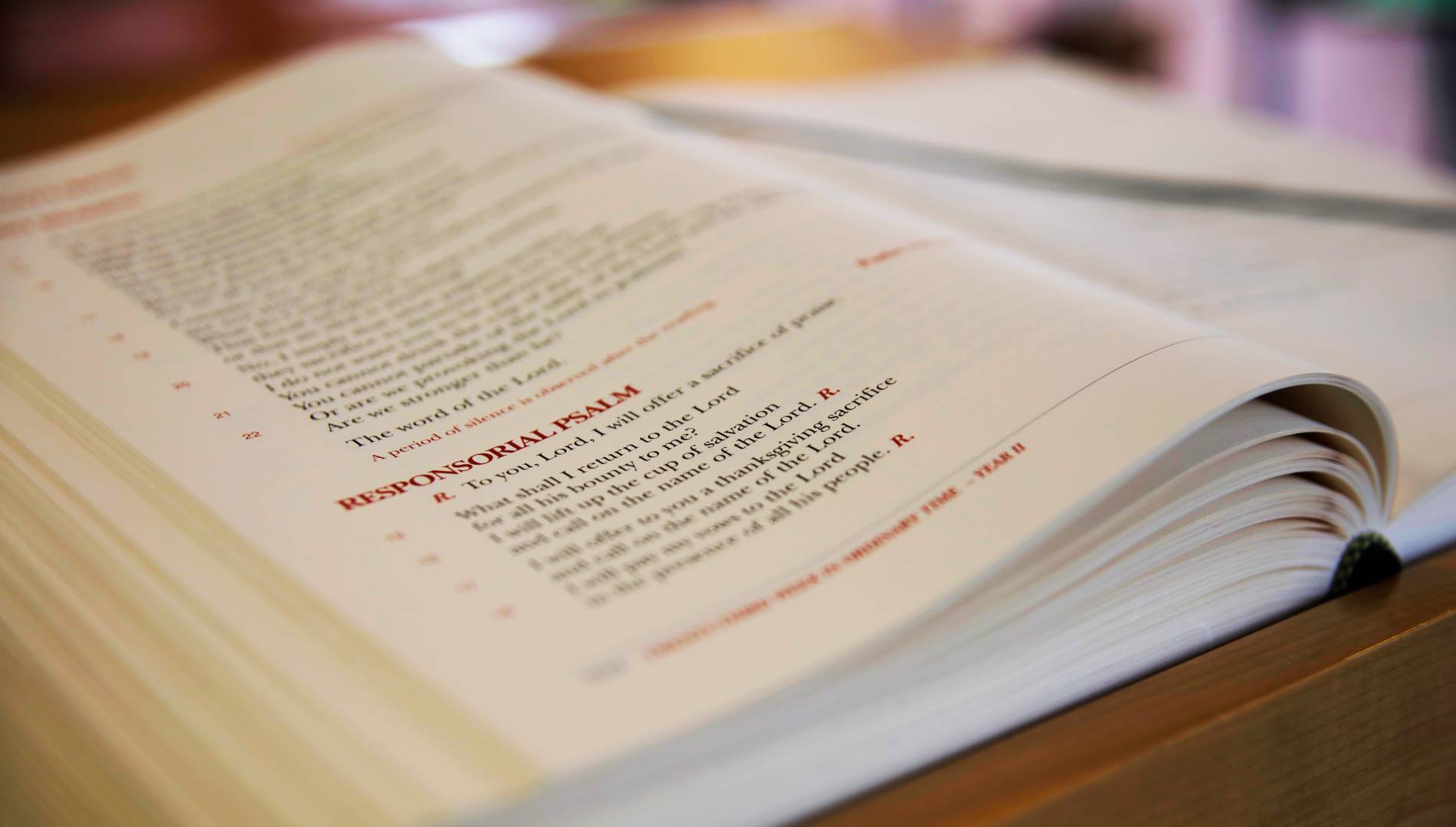 Photo credit: Laura Miklas/Salt + Light Media
You may have been surprised at the news last week that Pope Francis is now allowing women to serve as lectors and acolytes. Aren’t women already serving as lectors and acolytes? So what was that all about? On January 11, 2021, Pope Francis changed the Code of Canon Law to officialize what was already allowed in practice in many places around the world: to allow women to read at Mass and serve at the altar. The announcement came as a Motu Proprio titled Spiritus Domini, which essentially makes one small change to paragraph 230 of the Code of Canon Law, changing the word “men” to “persons”. The amended paragraph now reads: “Lay persons who possess the age and qualifications established by decree of the conference of bishops can be admitted on a stable basis through the prescribed liturgical rite to the ministries of lector and acolyte.” The change also adds that these “ministries” should be recognized or “instituted” through a liturgical act. This, I think, is a great example of how changes in the Church quite often happen “from the bottom up”.   What are Lectors and Acolytes? In short, lectors are the readers at Mass, and acolytes are the altar servers. There is a longer answer. Historically, lectors and acolytes were part of the four minor orders of the Church: porter, reader, exorcist, and acolyte. These offices were stages for those who were preparing for the priesthood. After the order of acolyte, the candidate would be ordained as a sub-deacon, then to the diaconate, and finally, to the priesthood. You may have heard of the term “tonsure”. Tonsure is a term that generally means the shaving of hair (think of friars who had a ring of hair surrounding a bald spot). All candidates to the religious life would get their “tonsure”. Traditionally, this tonsure happened with the admission into the first order. There are records dating to the early Church that refer to these orders. Pope Cornelius wrote in a letter in 251 that at that time in Rome there were forty-six priests, seven deacons, seven sub-deacons, forty-two acolytes, and fifty-two exorcists, lectors, and doorkeepers. Justin Martyr around the middle of the second century AD refers to lectors who were “instituted by prayers and some ceremony”. The logic was that those who read at Mass had to have some level of education in order to read, and therefore, this was a position that was honourable and dignified. During the first centuries of the Church, all the readings, including the Epistle and Gospel, were read by the lector. The lector also kept the sacred books. With time, as it became more common for the sub-deacon to read the readings and the deacon to read the Gospel, the office of lector lost importance. The highest minor order next to sub-deacon was the acolyte, with the sub-deacon acting as a sort of “head acolyte”. The word comes from the Greek meaning “attendant”, but the role of the acolyte was not just to assist the priest and deacon at the altar but also to bring the Eucharist to those who were not present. Following the Second Vatican Council, Pope Paul VI, with his Motu Proprio Ministeria Quaedam on August 15, 1972, changed the minor orders and reformed the role of lectors and acolytes in the Roman Rite. The basic change meant that only the offices of lector, acolyte, and sub-diaconate were preserved and combined into two ministries: those of lector and acolyte. Paul VI also decreed that these ministries should no longer be called minor orders, as they would be conferred, not by ordination, but by institution. This meant that first tonsure would no longer conferred; the clerical state (clergy) begins with the ordination to the diaconate, and these ministries would be open to lay men and no longer reserved for candidates to the sacrament of Holy Orders. This is what it is to this day. I remember, in my third year of diaconal formation, when we were instituted as lectors. It was a beautiful and short ceremony. A year later, we were instituted as acolytes. The short liturgy of institution as lectors says:

The instituting bishop handed us a Bible and instituted us with the words: “Take this book of holy Scripture and be faithful in handing on the word of God, so that it may grow strong in the hearts of his people.” The liturgy of institution of acolytes says:

The bishop instituted us by giving us a vessel with the bread or wine and saying, “Take this vessel with bread (wine) for the celebration of the Eucharist. Make your life worthy of your service at the table of the Lord and of his Church.” Paul VI made clear that the lector should also “meditate assiduously on sacred Scripture”. He added that, other than assisting at Mass, acolytes may also “be entrusted with publicly exposing the blessed sacrament for adoration by the faithful and afterward replacing it, but not with blessing the people. He may also, to the extent needed, take care of instructing other faithful who on a temporary basis are appointed to assist the priest or deacon in liturgical celebrations by carrying the missal, cross, candles, etc., or by performing other such duties. He will perform these functions more worthily if he participates in the holy Eucharist with increasingly fervent devotion, receives nourishment from it, and deepens his knowledge about it.” At the end of the Motu Proprio, Paul VI adds, “In accordance with the ancient tradition of the Church, institution to the ministries of reader and acolyte is reserved to men.” This is what Pope Francis has changed by institutionalizing what has already been in practice for decades around the world because women could perform the role “by temporary designation” under Canon 230 § 2, which was revised in 1983. And so, the Church officially adopts what has been a practice: it changes from the bottom up. In a letter to Cardinal Luis Ladaria, SJ, Prefect of the Congregation for the Doctrine of the Faith, issued with the Motu Proprio, Pope Francis explains that these ministries are different to ordained ministry, and that since they are based on the Sacrament of Baptism, they may be entrusted to all suitable faithful, whether male or female. I think that in most parishes in North America, it’s likely that the majority of lectors and altar servers are already women and girls. However, it’s good that this has now been made official. It would be important for lay people to be instituted to these ministries in the same way that those who are preparing for ordination are. Not that we need more hierarchies or clericalism (nor do we need to clericalize women), but it would set those people apart for a special liturgical role. It may also mean that we give more attention to the importance of Sacred Scriptures and the Eucharist. - To learn more about the role of women in the Church, you may want to read: Deacon-structing: The Gynacolate Deacon-structing the Diaconate: Part 1, Part 2, Part 3, Part 4 (Women), and Part 5 (Women 2). You may also want to see the resources on the Vocation of Women at the Vatican's Dicastery for Laity, Family and Life. You should also read the wonderful Encyclical Mulieris Dignitatem by St. John Paul II. And you must watch the excellent Salt + Light TV production A Woman’s Voice: Stories of Discernment and Grace.

Every week, Deacon Pedro takes a particular topic apart, not so much to explore or explain the subject to its fullness, but rather to provide insights that will deepen our understanding of the subject. And don’t worry, at the end of the day he always puts the pieces back together. There are no limits to deacon-structing: Write to him and ask any questions about the faith or Church teaching: pedro@saltandlighttv.org. Follow him on Facebook, Twitter and Instagram.