World Youth Day: What a Journey! 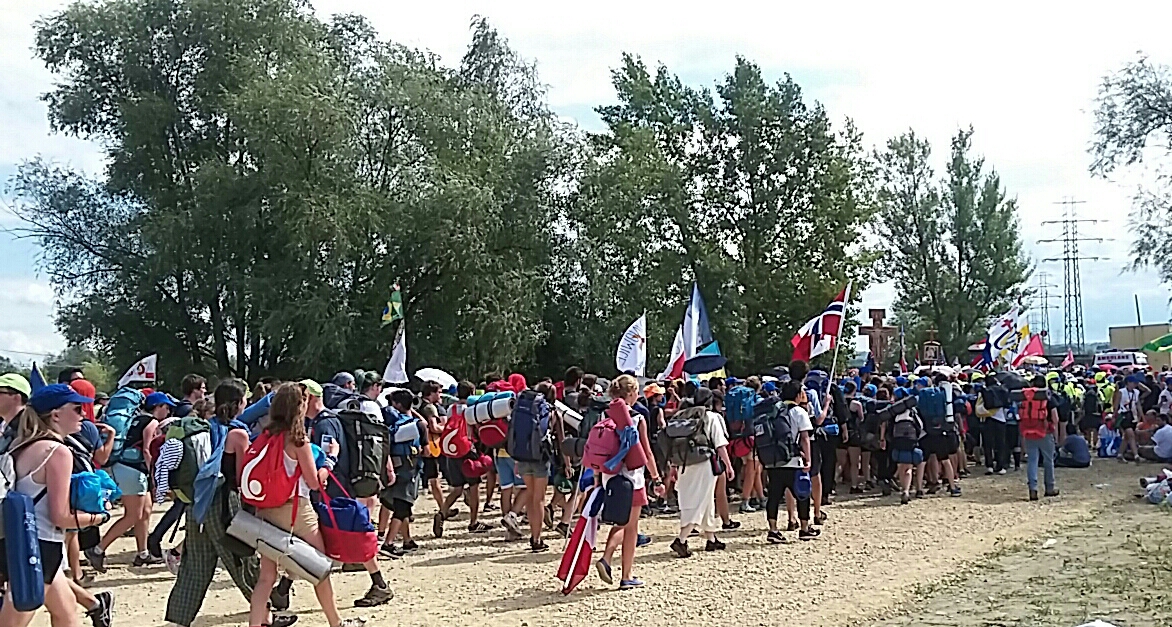 Written by: Katie VanLeeuwen
A couple of days ago, while waiting in line for some Polish pierogies, my fellow mission team members and I decided to do as the pilgrims do and strike up a conversation with the people who happened to be standing beside us. In this case, we got to meet Bill and his wife Peggy. We found out that they were from Canada (which was enough reason to be excited). On top of that, Bill and I realized that we were both assisting Salt + Light with their coverage of World Youth Day. My guess is that the Holy Spirit had this all planned out. As we continued talking, we found out that Bill had a lot of great advice, and I had the sense that the Holy Spirit was speaking through him. One point in particular was the importance of taking time to reflect on our experiences so that we don’t lose the memories. I’ve already noticed the days flying by so I’m trying to take his advice while going through the rest of the World Youth Day events. I hope some of my reflections will make sense and be interesting for others to think about too, so here we go.
I’m going to backtrack a bit here to give you some context for the comparison I’ll be making. Before arriving in Poland, the mission group that I am a member of stopped in Austria. We were at a conference called “In Via” and part of our formation was a one-day pilgrimage to Our Lady of Mariazell. While walking along a hiking trail with all sorts of roots and rocks, I mostly found myself looking down to watch my step. This was fine because it helped me avoid falling, but it also prevented me from looking around. The forest was fairly dense, so once groups were separated by a few hundred meters they weren’t able to see each other any more. As we continued our pilgrimage toward Mariazell we would often become spread out as people walked at different paces or stopped to look at different things. It was helpful that we would gather together every couple of kilometers to check that everyone was still making good progress. After a day of hiking, talking, praying, and exploring, we got to finish with a beautiful mass. 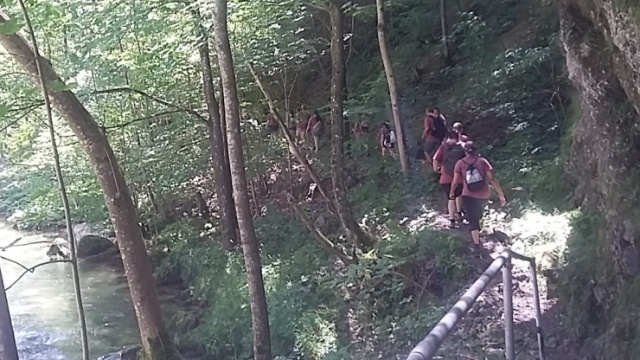 I’ve used this short pilgrimage as a lens to look at the World Youth Day pilgrimage as a whole. I don’t know about you, but when I’m at home I tend to focus on my own problems and obstacles. The universal church seems like a far away concept with people so spread out and moving at different paces. Normally I don’t really see what others are going through, but gathering together for World Youth Day gives us a few days where we get to see people from all over. We get to look up from our own little paths and see everyone together. Looking back at how far we’ve travelled is inspiring and we continue on from here with a renewed sense of purpose and direction on our hike toward heaven. 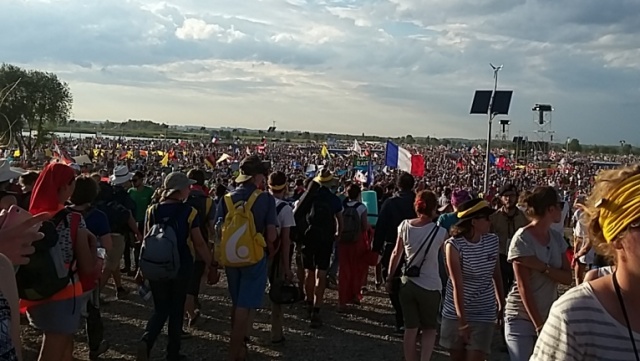 The theme “In Via” which means “on the way” was first introduced in Austria, but it has been coming up over and over in our travels. I’ve found that a lot of good things have been happening on the way to places during World Youth Day. Today there were some girls from California on the tram with us and we had a great talk. They asked about my group and when I explained that we were missionary team members, they wanted to know what sort of work we were doing. Since our main focus has been spiritual conversations this was an evangelistic opportunity handed to me on a silver platter. I was able to share an analogy we’ve been using called the relationship diagram which compares our relationship with Christ to human relationships. When they told me that they were at a point where Jesus was a part of their life but not at the center, I was able to remind them that the difference between dating and marriage is commitment. It doesn’t mean that there won’t ever be fights or hard times; it just means that you’ve made the commitment to always work things out with your husband or wife. The girls appreciated this new perspective and thanked me for sharing it.

At that point we had to shift around in the tram, so I thought we might not get to talk anymore. To my surprise, one of the girls came back to sit near me. She told me that she had actually been praying for a conversation like the one we had just had. When their group was sent out for their pilgrimage, they were each given some matching bracelets. Their goal was to find someone they had each connected with and had had a good conversation with at World Youth Day. They would give them one of the bracelets and it would be a reminder for both people that they would be praying for each other. She also said that most of her friends had given out their bracelets but that she was still looking for someone, so she thanked me and gave it to me. It was definitely a special moment. It was also an important reminder. Sometimes when we are working to evangelize and spread the gospel it can seem as if we’re trying to talk to a brick wall, but in reality, people are searching for those types of conversations and personal connection with Christ and with others.
In a reflection on the meaning of pilgrimage, Sister Gianna Maria Solomon of the Sisters of Life mentioned that we have a built in desire for journey and discovery and that a pilgrimage reflects our desire to go deeper and know God more. I think this desire is what connects some of these experiences that I’ve found so meaningful. Even though I’ve heard from many people that they are still searching and journeying, my hope is that the Holy Spirit will bring us to the right place at the right time so that, by sharing the tools we’ve accumulated so far, we can help others get to the next level in their own journey. 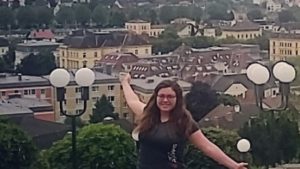 Katie VanLeeuwen is 20 years old and she is a World Youth Day missionary team member with Catholic Christian Outreach. As a Prince Edward Islander, she has a love for lupins, red dirt roads, and beaches. She is currently studying biology and psychology, but in her spare time she also enjoys gardening and being creative in the kitchen.