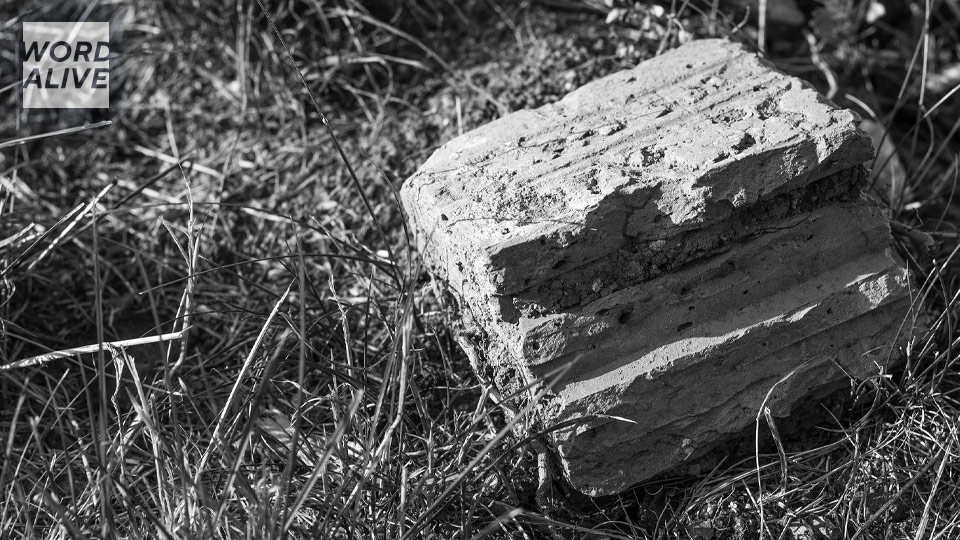 The stone that the builders rejected has become the cornerstone

A reflection for the Twenty-seventh Sunday in Ordinary Time, Year A

I was speaking the other day with a woman whose husband, she informed me, had just been told he was no longer required next year in his role as a Religious Education Coordinator at his Catholic secondary school. He was naturally quite upset about it, especially as the school had been vague with its reasons as to their decision. Having experienced being shunted aside on a few occasions myself over the years, and then later seeing how God had been preparing something better, I felt well-placed to boldly encourage her, “I’m sure good things will come from it, even if these are not obvious at the moment.” When I was a teenager growing up in Brisbane, Australia, in the 1980s, my parents went through a very difficult period of conflict, spanning six years from when I was twelve to when they separated at the very time I finished high school, before moving to Melbourne. I was, understandably, rather afraid of getting married after that, having seen the problems of their marriage which caused me and my brothers many difficulties and left us wounded and somewhat traumatized. I did marry, however, and have received a great deal of healing from the constant gentle love of my beautiful wife, Annie, the prayers and support of my friends and community of believers, as well as frequent access to the Sacraments of Confession and the Eucharist. Over time we have found ourselves helping other married couples and engaging in a very fruitful ministry to engaged and married couples and families. Our marriage is a miracle! When I was working in a secondary school as Director of Faith and Mission, the Principal had a saying, “Wounded people wound people,” or “Damaged people damage people,” pronouncing it as a warning. Whilst it is certainly true that people do tend to perpetuate their difficult experiences, unless resolved, I find that it is a limited and rather depressing truth. I prefer to add my own saying, “Healed people heal people.” This is certainly my experience, and it is consistent with the testimony of the Gospel. When Jesus rose from the dead, as we see from the various Resurrection accounts, he goes to great effort to have the disciples look at and touch the wounds in his body which took place as a result of the crucifixion. This was not simply to show that he was really risen in the body, important as this is, but to highlight that being risen – and being healed – does not mean being “fixed up” as if what caused the wounds didn’t happen. No, the wounds remain and, even when healed, they become glorified wounds. Jesus’ glorified wounds will be with Him for all eternity, as we are told from a vision of heaven that he is “the Lamb looking as though he had been slain” (Rev 5:6), and so too ours! Our wounds, when healed, don’t disappear, but they do become access points for God to enter into our life in new and wonderful ways. Even more so they become sources of grace for others. Our healed wounds become part of our missionary credentials to be offered for others. The trials we have to endure are means by which God equips us with gifts that we cannot otherwise receive. So, when I consider my own marriage to Annie, now 27 years on, our six children, and the terrific fruitfulness of our life and mission within the Emmanuel Community in Australia, as well as my work with Catholic leaders, I can say with absolute certainly, that God allowed the disaster of my parents' separation, not because it was a good thing in itself (it was terrible and God’s heart broke as a result of it!), but because He knew He would bring a greater thing from it. It was in the midst of those dark years that faith was planted in my heart, that the practice of prayer was cultivated, and that a desire to trust in God grew. I knew that marriage was not possible by human strength alone, and so it was the grace of God that I learned to seek. There is no security in anything else but abandonment to God, no matter what storm is swirling about. So, when we hear in today’s Gospel the expression “The stone that the builder’s rejected has become the cornerstone,” and that it was Jesus Himself who was rejected and set aside – and thus gave us the grace of the death and resurrection - we too can realize that in the struggles and mysteries of our life, God is doing something new and something great. Jesus, I trust in you! 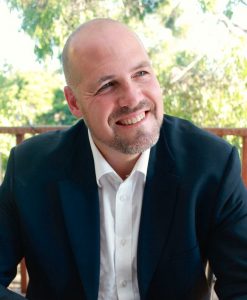 Steve Lawrence, of Altum Leadership Group, a consultancy for Catholic leaders, is married with six children. He played professional Australian Football for twelve years in Melbourne, was Director of Evangelisation and Catechesis for the Sydney World Youth Day 2008, and Director of the Emmanuel School of Mission in Rome. His latest published works are Make Your Mark Five Hidden Keys to Great Leadership (Wilkinson, 2019) and Raising Fathers Fathering from the Frontline: 12 Men’s Stories (Connor Court, 2020).