Women deacons: Phyllis Zagano on the current debate and the papal commission 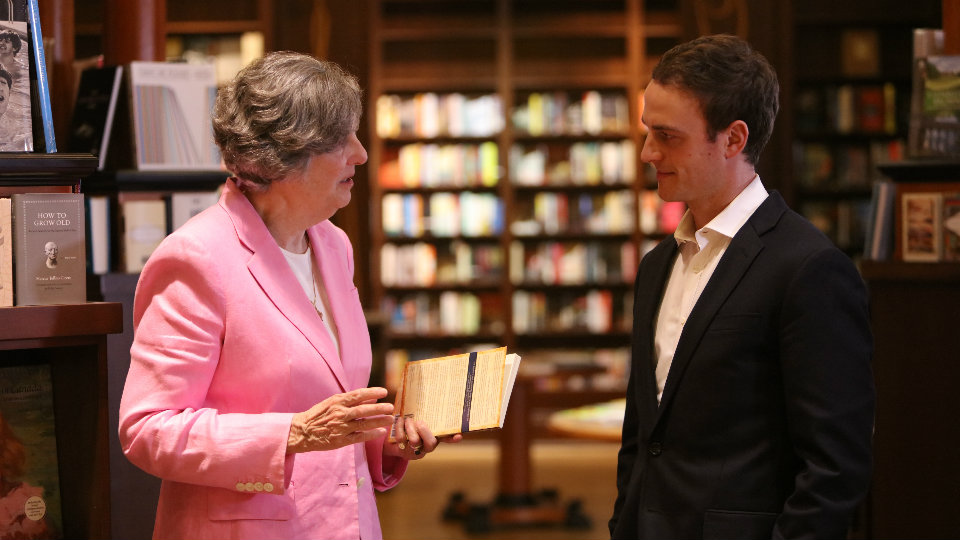 (S+L photo: Phyllis Zagano, PhD. argues why women should be admitted to the permanent diaconate of the Catholic Church to Subject Matters host Sebastian Gomes. May 5, 2017)
Our Season II finale of Subject Matters has garnered a variety of spirited responses in church circles due to the nature of the topic and the timeliness of the discussion. Phyllis Zagano PhD, a leading scholar on the question of women deacons, was gracious enough to visit us in Toronto recently for a series of interviews. She's been keeping a low profile since the announcement of her appointment to Pope Francis' special commission to study women deacons in the Catholic Church last August. The commission has met in Rome a few times, but out of respect for the work, the other commission members and the Holy Father, Phyllis has not granted any interviews. Getting Phyllis to Toronto was a collaborative effort by S+L, Liturgical Press and Paulist Press, two publishers of her various books on women deacons. In light of her eminent research, it made sense for us to feature her and her books on Subject Matters. While her work on the papal commission is intriguing, our main purpose for interviewing Phyllis was to educate and inform our viewers on this important and officially undecided topic. It's no secret that Phyllis supports the restoration of a permanent diaconate open to women. The permanent diaconate, as we know it, is only open to men. But I use the word "restoration" because we do have evidence of ordained women deacons in the first millennium of Christianity. What exactly that meant, relative to our theological understanding of the permanent diaconate today, is still a matter for discussion. But it is clearly a discussion Pope Francis is encouraging. I invite the reader to watch the full interview with Phyllis below. For me, it was a fascinating lesson in history, theology and canon law. Here are some things I learned from Phyllis that may surprise you: As a final note of introduction to the program, I would like to encourage all Catholics to keep an open mind on this issue. As you can see the matter is not definitively settled; it is an open discussion. And there is something exhilarating about that. We are a church on the journey, as Francis likes to say, always moving forward by the inspiration of the Holy Spirit. Whatever the papal commission on women deacons concludes, and whatever the Holy Father does with its findings, we can all take in this moment and appreciate the fact that such a healthy, discerning, mature conversation is happening, as the church continues her earthly journey.