What is bigger: fear or mercy? 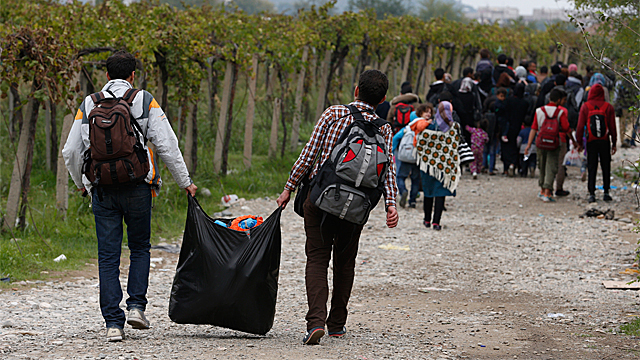 It is very difficult to process what happened in Paris over the last few days. It is very easy to take the route of placing blaming to this group or the other.
When I see people on social media saying that we should not welcome  Syrian and Iraqi refugees because they are somehow responsible for what happened makes me want to  say  “did you stop to think that they are running away from the same people that perpetrated these attacks?”
It is normal to feel fear after something like this happens because many people that lost their lives. They lost their lives doing things that every person does: going to a concert, a sporting event or simply grabbing a drink with friends on a Friday night. What we can’t allow these events to do is take away our sense of mercy to those who have been witnessing attacks like this on a daily basis.
I feel the death of these 130 people in Paris as much as I feel the deaths of thousands in Syria and Iraq, and other places where people are being persecuted for whatever reason.
Since the Refugee Crisis started, I have been feeling fortunate. I have always  lived in places where my life was not at risk.  I have also thought that if it was me in  that situation I would do l everything in my power to save my loved ones and myself from that terror.
Seeing how people on social media reacted to that picture of Alyn Kurdi, the little boy who died en route to Europe and was found dead on  that Turkish beach, made me think that there is reason to believe that mercy will prevail in the end. But in the last few days I have seen people who, before the attacks, asked the world to do something to help these refugees turn around and say that those same people they are now responsible for the attacks in Paris.
It is easy to sow hate, and difficult to spread enough love to stop that hatred. What better resistance to hatred can we put up than welcoming into our countries those innocent people who have been persecuted and had their lives torn apart by same people who now want to intimidate the global community?
--
CNS Photo