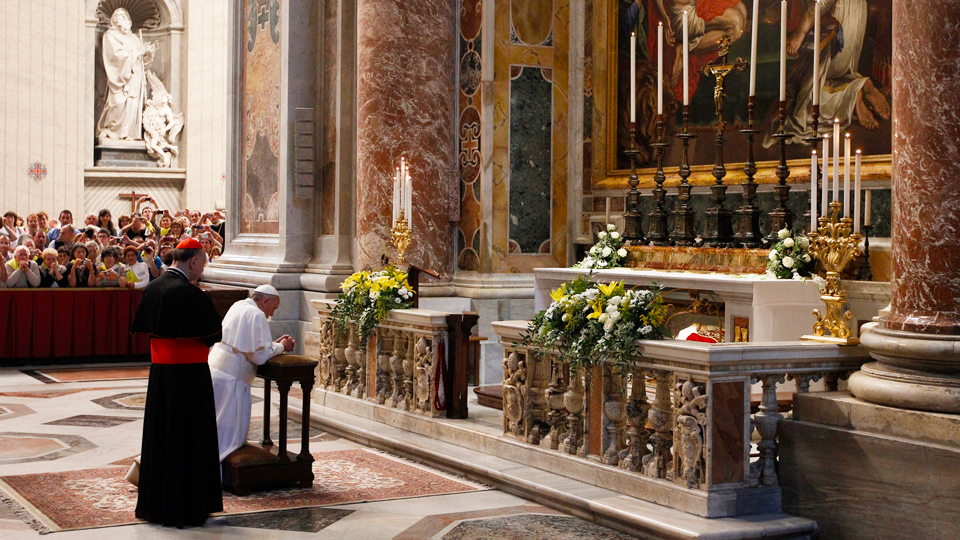 Most of the Salt+Light staff are major bookworms, and it shows. Chats about the latest Catholic releases happen regularly on the SLHour radio show, and our network has its very own book show, Subject Matters.  So while Subject Matters is off the air for 2018 - as the team is busy working on our latest documentary, The Francis Impact (check out the trailer released yesterday) - I want to share with our readers the newest books I'm enjoying in this weekly blog series.

The Fisherman's Tomb: The True Story of the Vatican's Secret Search by John O'Neill

The Fisherman's Tomb (Our Sunday Visitor, 2018) was the #1 Catholic book on Amazon when I read it last week.  It tells the story of the search for the tomb of St. Peter underneath St. Peter's Basilica in Rome. 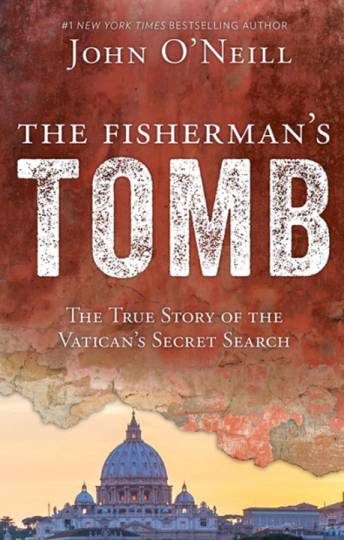 The story behind the book's genesis is almost as fascinating as its subject matter. Author John O'Neill didn't intend to write another book after his last one in 2004.  Then, he was diagnosed with four different types of cancer, in four locations - throat, back, head, and legs - and contracted the dreaded MRSA bacterial infection. His chance of survival was just five percent. Praying that he would recover, he resolved that if he lived, he would write a book about a story only he could tell, one revealed to him through his friendship with a Texas oil family that kept an astonishing, secret tie to the Vatican, first forged by Pope Pius XII.  The Fisherman's Tomb is the result of O'Neill's answered prayer. In 1939, a team of workers began excavating beneath St. Peter's Basilica to make way for the recently-deceased Pope Pius XI's tomb. Digging down, a workman fell through the floor, landing on first- and second-century Christian and Roman graves. This precious discovery launched a quest shrouded in secrecy that lasted seventy-four years, culminating in 2013 with Pope Francis' public veneration of relics from the excavation. The central story of the search for the "real" tomb of St. Peter has many intriguing aspects, each of which would make a fascinating story on its own: the vital role of the project's financing via a "blank cheque" from a devout American businessman; the clash of personality between the head of excavation and the brilliant epigraphist Margherita Guarducci; and the role of three priests - whom O'Neill refers to as "the three Amigos" - who were vital to the Holy See's clandestine efforts to save Jews during the Holocaust and mitigate the devastation of World War II. This is the right kind of summer read for history-loving Vaticanistas or those planning a trip to Rome - light and easy to take in, with lots of adventure.  It's definitely not a book for someone looking for a highly scholarly tome or lengthy treatment of its subject matter.  Though at times it can be overly repetitive and certain elements of the story feel rushed (while others are too drawn out), for the general reader it makes a good introduction to the history of St. Peter's Basilica and the scavi that lie below.

Up next week: One Beautiful Dream by Jennifer Fulwiler