Waiting for the light: An Advent reflection 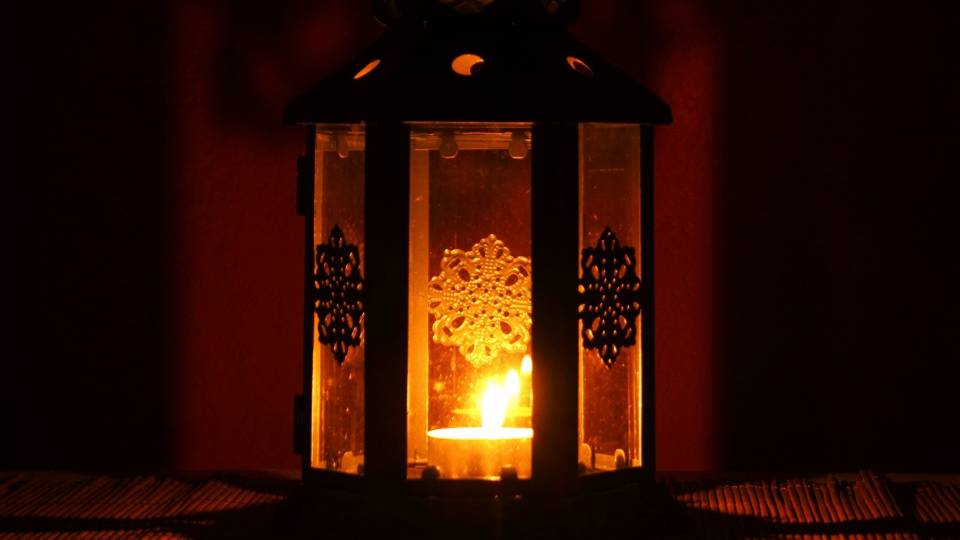 Image by Renata Voß from Pixabay
This past Sunday, we began a new liturgical year by acknowledging the First Sunday of Advent. Although the retail world makes it appear like the Christmas season begins in early November, those of us following the liturgical year of the Church know that we still have a while to go before we can celebrate the nativity of the Word of God made flesh. Traditionally, Advent is a time of fasting and penance as we prepare for the coming of the Lord, similar to how we prepare for Easter with Lent, but on a smaller scale. The fasting and penance has softened in recent centuries, but Advent can still be a valuable time to reflect on the Incarnation and the influence of Christ’s presence among us as we prepare for the year ahead. Advent is meant to be a fairly subdued liturgical season to aid us in reflection as we wait for the coming of Christ, which comes to its climax at Christmas when we celebrate the long-awaited birth of the Messiah. The commercialism of modern society makes it difficult to keep Advent as a stripped down and simplified liturgical season. Christmas carols are already playing on the radio, and Christmas decorations are already up everywhere you look, so it’s hard to escape it. Even well-meaning people who attend church regularly are often guilty of bypassing Advent and skipping right to Christmas. This is unnecessary, as Christmastide technically lasts until the evening of January 5th, the night before the Feast of the Epiphany, but by then, people are spent from holiday festivities. There is an argument to be made that many of the things associated with Christmas which cut into the Advent season, like putting up lights and bringing in evergreen boughs, have less to do with Christ and more to do with cultural customs meant to keep our spirits up as the nights get longer and winter sets in. However, I think there is still significant symbolism in these customs, and there is value in keeping Advent as a time of waiting in the darkness for the coming light. It is not an accident that the Church celebrates the Nativity of the Lord around the time of the winter solstice. Apart from being exactly nine months after the Feast of the Annunciation, in which an angel comes to Our Lady and she conceives by the Holy Spirit, the solstice is the time after which the days begin to get longer again, as the hours of sunlight increase. The image of Christ’s coming as the rising sun in the east after the darkness of night has long been an important symbol in the Church, and the imagery of the coming of the light of God after the darkness of sin is very evident this time of year. Last Sunday’s reading from the 13th chapter of Paul’s Epistle to the Romans urges followers of Christ to awake from sleep because salvation is closer than ever before: “The night is far gone, the day is near.” We are to put aside darkness and put on the armour of light. The Advent season makes clear to us that the time of darkness is coming to an end and the long-awaited light is almost here. The prophetic book of Isaiah figures prominently in the Advent readings, as they describe the coming of God’s kingdom, with the final verse in last Sunday’s reading urging us to “walk in the light of the Lord.” I think it is important to acknowledge the Advent season as a time of waiting in a period of darkness for the dawning of the light, as the contrast makes the impact so much stronger. And we might miss it if we bypass the expectation of the Advent season and jump right into Christmas. The liturgy of the four weeks of Advent expresses that this is a departure from ordinary and festal Sundays, with the most obvious change being the omission of the “Gloria in Excelsis,” which returns to the Mass on Christmas Eve, as it comes from the second chapter of the Gospel of Luke when the angels declare to the shepherds that the Messiah is born. Since Advent begins a new liturgical year and represents a time before the birth of Christ, it makes sense that the first time in the liturgical year the Gloria is sung (aside from feast days like the Immaculate Conception of Our Lady on December 8th - transferred to the 9th this year) is at the birth of the Lord. The custom of the Advent wreath has become widespread among many Christian Churches in the past century, originating with Lutherans in 16th-century Germany. Each of the four weeks of Advent is represented by a candle, and each week another candle is subsequently lit, demonstrating that the light of Christ is drawing nearer. Although it may be tempting to ignore Advent and focus on Christmas, there is significance to looking past the excitement for gifts to the actual meaning of this time of the liturgical year. It can be hard to notice the coming of God’s light amongst the glare of commercialism, but Advent reminds us to tone down the frantic pace of the holiday season, and make room in our lives for the coming of God in the flesh and the reign of peace which He brings.

O come, O come, thou Dayspring bright! Pour on our souls thy healing light; Dispel the long night's lingering gloom, And pierce the shadows of the tomb. Rejoice! Rejoice! Emmanuel Shall come to thee, O Israel.