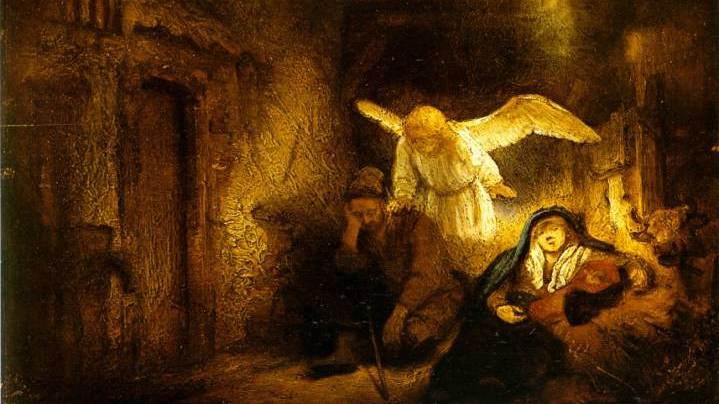 Even when people understand that vocation can be much more than just a call to serve God through a life in priestly ministry or a religious order (see Part 1 of this series), they still often have a restricted understanding of vocation, limiting it to major life choices, especially those that require an external form of commitment, such as marriage. So quite understandably, to many people, discernment is something that happens once in a lifetime or at most only at times when one’s life is at a crossroads. And it’s not only a misconception among us supposedly ignorant masses. A few years ago, while in conversation with a seminarian, I made an offhand remark about vocational discernment as a lifelong process. He looked at me like I had three heads! But if you understand your vocation as your unique path to knowing, loving, and serving God, then it is much easier to understand that the discernment and fulfillment of one’s vocation happen through the small actions of every day as well as through momentous decisions, through the small, hidden sacrifices as well as through public acts of self-giving. Every day God calls us again to love Him and to serve Him by loving and serving one another. Each day is a new opportunity to answer that call more faithfully, whatever we may have done with all our yesterdays.

But how do we know what God is calling us to each day?

Often we don’t know specifically until the opportunity presents itself (or if you’re like me, until after the opportunity has passed). But we do know that God constantly calls us to love. The trick is being open to those opportunities and ready to act. In a podcast from 2016 on “How to Discern God’s Will for Your Life,” Bishop Robert Barron says: “What’s the path of love? What’s the path of love? What’s the path of love? That’s the question that should be echoing in your mind all the time.” [I highly recommend either listening to this podcast or reading the free ebook created from it.] As we grow in our understanding of ourselves, the world around us, and our place in it, and as we grow in our relationship with God, we should become better able to recognize these opportunities. We will also become more attentive to the impulses of the Holy Spirit, better able to recognize his voice (as opposed to our own desires), and more able to respond promptly. How does one develop these capabilities? Through prayer. Plain and simple. Prayer opens the ears of our hearts and makes us more receptive to God’s graces. After all, what better way to deepen your relationship with another than by spending time with them?

My favourite scriptural example of openness to the Holy Spirit is one that did not make the cut for the synod’s Instrumentum laboris, but to my mind it is a powerful example. In the Gospel of Matthew, we hear about four dreams given to Joseph. First, we learn that Mary “was found with child” and that Joseph, “since he was a righteous man,” planned to divorce her. And then the evangelist relates:

Such was his intention when, behold, the angel of the Lord appeared to him in a dream and said, “Joseph, son of David, do not be afraid to take Mary into your home. For it is through the holy Spirit that this holy child has been conceived in her. She will bear a son and you are to name him Jesus, because he will save his people from their sins.” […] When Joseph awoke, he did as the angel of the Lord had commanded him and took his wife into his home. He had no relations with her until she bore a son, and he named him Jesus.” Mt 1: 20-21, 24-25

When Herod had died, behold, the angel of the Lord appeared in a dream to Joseph in Egypt and said, “Rise, take the child and his mother and go to the land of Israel, for those who sought the child’s life are dead.” He rose, took the child and his mother, and went to the land of Israel. But when he heart that Archelaus was ruling over Judea in place of his father Herod, he was afraid to go back there. And because he had been warned in a dream, he departed for the region of Galilee. Mt 2: 19-22

Notice that the first message contains what most people would think of as Joseph’s vocation: marriage. And indeed, what a great and noble calling: to be the earthly protector of God Incarnate and his mother! But Joseph’s discernment does not end with his decision to continue in his marriage and accept the responsibility of being a husband and a father. Like any husband and father, Joseph would have had to make countless decisions, and sacrifices, for the good of his family. Many factors come into play when people make these kinds of decisions, but one of the factors should be an attempt to understand how each decision is part of our participation in God’s plan for our ultimate happiness and the fulfillment of our vocation to love. In other words, the dominant question when making any decision should be, in the words of Bishop Barron: “What’s the path of love?” Sometimes as we do our best to follow our individual paths to holiness (whole- or half-heartedly), there come times when God wants to send us in a direction (to Egypt, say) that we would not necessarily discover in our ordinary day-to-day living out of our vocation. So in comes the voice of the Holy Spirit suggesting something new.

What do you do?

Let’s look at Joseph’s response. Now, Joseph clearly has the advantage of being a man in a close relationship with God because he is always able to recognize God’s voice immediately. Most of us would need some time and maybe some outside support to identify whether the impulse we are receiving is coming from God or from elsewhere. But then what does Joseph do? He acts. And that is a vital part of discernment, too. Once we identify an impulse as of God or not of God, we must act on it or refuse to act on it. There is no other option. And Joseph, because he had a heart attentive to God’s voice, was able not only to recognize it when it came but also to act on it immediately, putting his trust in the Lord. And so should we.