Thursday Thoughts for (After) Advent: Only 363 Days Left 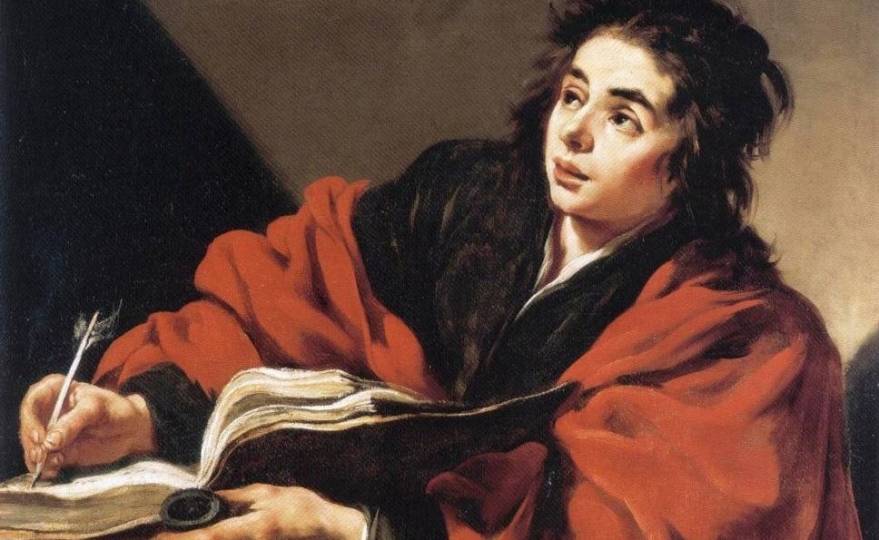 Saint John the Evangelist by Claude Vignon
I’m not sure if you’ve noticed, but Advent is done. We celebrated Christmas two days ago, and that means there’s no way to have another “Thursday Thoughts for Advent.” As we continue to celebrate Christmas, however, I thought it might be nice to gather for one final Thursday this year and reflect together. You’ll notice I said “continue to celebrate Christmas,” and that was intentional. Sure, December 25 has come and gone, but Christmas is definitely still upon us. Right now we’re in the eight day period called the “Octave” of Christmas, and when that’s done we keep celebrating the full Christmas season until the Baptism of the Lord on January 13. That’s a lot of Christmas and means we should still be in the midst of holiday celebration. If nothing else, this remains a time when we should still be taking the meaning of Christmas and trying to apply it to our lives. With that in mind, we can look at today. It’s December 27, the third day of Christmas, and also the Feast of Saint John the Apostle and Evangelist. Now, Saint John was a big player in the beginning of our faith. He was both one of the twelve Apostles who helped start this whole Christianity thing and one of the four Evangelists who then wrote the gospels, making sure everyone heard about it. He’s a man we can learn a great deal from, including when it comes to our understanding and celebration of Christmas. Now, that last bit might seem odd. Certainly John is a big time figure and was involved in almost everything happening with Jesus in the gospels, but there’s one moment that John wasn’t present at and that moment is Christmas. What can John really teach us about the birth of the Lord, then, if he wasn’t even there? I would contend a great deal. Christmas, after all, is a story about Jesus coming into our world. It’s the moment in which the Word really becomes tangible and present here on Earth, dwelling right among us. The presence of that Word is not merely contained in a baby lying in a manger, though. It’s a presence that grew as Jesus grew, that became beloved among apostles and disciples, that spread and multiplied all the way until Jesus’ death. And then it could’ve stopped. But it didn’t. It didn’t because that Christmas moment had linked God and humanity, heaven and earth and because those apostles and disciples were willing to keep spreading that message, that Word. Although Saint John wasn’t present at the first Christmas, he assisted considerably in the continuation of the meaning and aftereffects of what was begun on that day. Through the actions he lived and the words that he wrote, John was able to help the Word become known not just in Israel but across the entire world. 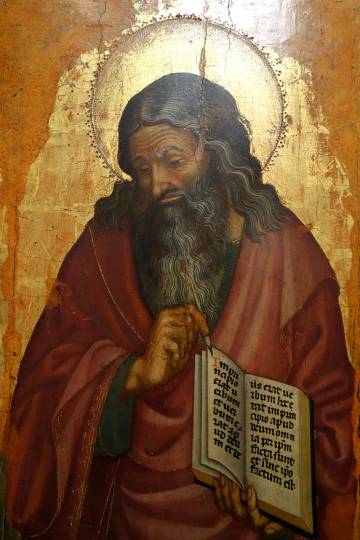 Traditions say that he travelled around places like Jerusalem, Samaria, Rome, Patmos, and Ephesus, among others, and as he did so, John helped the gospel message live and grow. Whether it’s in the tradition of him caring for Mary after Jesus died, the leadership he offered in the early Church, or his dedication to writing even after being exiled to a secluded island, we find stories of a man working constantly to keep alive the Word that had come into the world on Christmas day. So what can we learn from John about Christmas? We can learn that we’re supposed to do that too. And that if we truly believe in the Christmas miracle of Bethlehem then our undertaking, like John’s, should be to make sure that others continue to hear about it. Maybe we won’t write a gospel or personally care for the Mother of God, but we can still be effective as evangelists, helping this powerful Word to be spread far and wide. As we celebrate Saint John on this Thursday after Advent, we might look and see a powerful evangelist of our faith. We might see a grand scribe whose writings have allowed the Word to come into the hearts of so many for thousands of years. Or, we might simply see a follower of Christ who worked hard to share the Lord’s love with others each and every day. However we look at this great saint, we find a man we can admire, a great example of faith for us to emulate throughout this Christmas season and beyond. Yes, today is two days after the birth of Christ, and that could seem like we’re two days late. But if we’re anything like Saint John, maybe it just means that we have 363 days left to celebrate the one who arrived on Christmas day and let people know all about him until we remember his birth again next year.