It's a grey, cold, windy, rainy day in Rome... and I think it's the most beautiful thing I've ever seen! This is officially day five that I've been here as S+L's Vatican Correspondent. I am now officially accredited to the Holy See Press Office. It only took four days, three paper clips, two photos, and a few well placed phone calls. 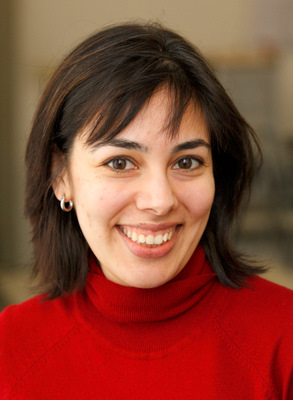 I first went to the press office on Friday morning with the necessary paperwork. The Catholic News Service photographer had already sent them my digital pic for use on my press badge. Obviously, being the Eternal City, there was a snag. The person who had my official letter of accreditation and presentation was out of town. Of course, before I could get to that part, I had to explain my entire life story. I handed over my passport to be photocopied. Anywhere else, this would be a task that takes mere seconds. In Italy, with me, it goes like this: Vatican/Italian official: I'll need your passport please Miss. Io (Italian word for "me"): Certainly, here you go. [hands over Canadian passport] Official: [looks at cover of passport, opens passport to ID page] Eh, Ambrosio? Io: Yes. Official: But that's Italian! You're Italian! Io: Yes. Official: [smiles happily, and switches to Italian] So, your family is Italian? Were they born in Canada? Io: [now speaking Italian] My Dad was born and raised in Italy. I was born in Canada. Official: Ah, wow! [looks at ID page again] I see your parents also decided to give you a first name that was pronounceable in Italian! Io: Well, actually my first name is Spanish. [pause] My mother is Argentine. Official: [forgets about passport and sits down as if for long chat] Really? How did they meet? And this is usually where I must tell the story of how my parents met and ended up in Canada, thus producing a Canadian citizen who neither looks nor sounds "Canadian", thus causing great confusion to Italian and Vatican officials. They figure that since I understand the language, I also understand the culture, the fluid concept of time, and other Italian particularities...but the passport, it has a maple leaf on it, implying one who follows rules, likes order, and generally doesn't like chaos. The end result is I get a little bit of both: a little bit of run around, and a little bit of unusually courteous treatment because of the novelty of the whole situation. Generally I emerge from whichever office I have been visiting about a half and hour after entering, with a new friend. The Vatican Press Office was no different. In this case it took three visits to the Press Office to get my press badge. The first time I went in with my collection of documents I was told that the person with my letter of accreditation was out of town until Monday. The second time I was informed that yes, all my necessary documents had been received...but the card was not ready. The gentleman handling my documents, however, speaks English with a beautiful mix of a British and Italian accent. I was so enthralled I nearly thanked him that my accreditation wouldn't be ready. Actually, I think I did thank him. Now I wait to see what happens when I use my badge for the first time to get access to the Press Hall....did I get an "Italian" press badge or a "Canadian" press badge?