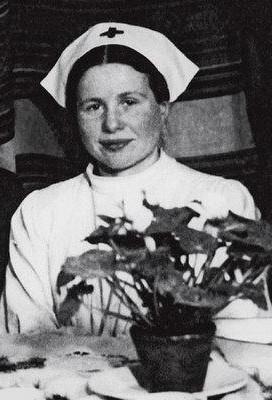 “You are ethically bound to help a drowning person, even if you can not swim.” Those were among the last words Irena Sendler’s father said to her as he lay on his death bed, suffering of Typhoid Fever. This was the same disease that brought many Jewish patients to seek his help, his door being the only one that wasn’t slammed in their face.
Some would argue that Mr. Sendler’s fight against anti-Semitism was short-lived. But if you consider that this was the example that shaped the courage of his daughter Irena who would later rescue more than 2,500 Jewish children from the Warsaw Ghetto, accepting patients without judgment was only the beginning of the Sendler legacy.By the time the war broke out, Irena was a 29-year-old nurse in the Warsaw Welfare Department. In time, she became the main activist of the Council for Aid of Jews (Zegota), an underground organization that took shape after more than 280,000 Jews were deported from Warsaw. Via her access to the Welfare Department, Irena forged documents and organized elaborate escape plans for Jewish Children. She sedated some, carrying them out of the ghetto in bags and coffins, while others crawled through a network of sewers. Once safe, they were hidden with families, in Catholic monasteries or orphanages.In 1943, Irena was caught by the Gestapo, arrested, severely tortured and sentenced to death. Despite the unimaginable pain of having her arms and legs broken by the guards, Irena never gave away the names of the children she had rescued. Her Zegota companions saved her by bribing the German guards, just moments before her day of execution. Even in hiding, Irena continued her work rescuing Jewish children and keeping secret lists of their real names in the hopes of preserving their identities and re-connecting them with family members after the war. She kept these list hidden in a jar, under an apple tree. 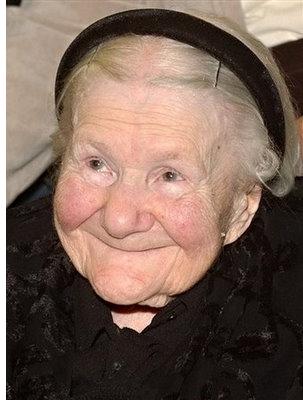 After the war, Irena became a social worker and taught in vocational schools, leading a very quiet and forgotten life… until September 1999. That year, four Kansas schoolgirls discovered her story, tracked her down and wrote a play honouring her courage. They performed it for their school as a National History Day project and with the help of their social studies teacher, reminded the rest of the world of a long forgotten wartime hero.In 2003, Pope John Paul II sent a personal letter to Sendler, praising her wartime efforts. Four years later, at age 97, she was both honoured by Poland's Senate and nominated for the Nobel Peace Prize. I don’t think I need to remind you who ended up winning that year, leaving Irena ‘runner up’…nor do I think it necessary to “[insert here]” my opinion about that. I do however, feel it necessary to express my surprise over the fact that the testimony of this astounding Catholic woman remains widely unknown. Having recently learnt about her via a tiny article in the National Post shortly before her passing in May of 2008, my hope is to one day partake in the telling of her story… on screen.