Thanksgiving: Ours and Theirs 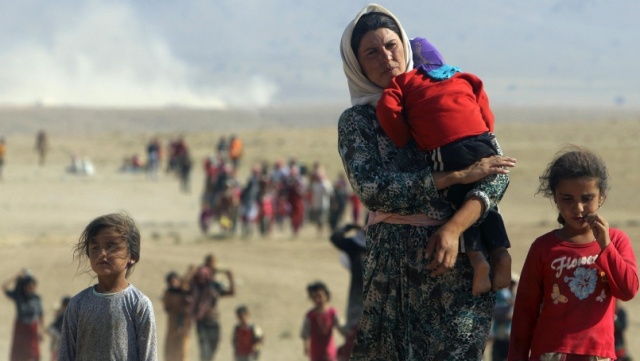 Fr. Mike Pace
Home for the holiday. Doors flung open as family gathers from near and far. A moment to thank God for the blessings of the past year. Imagine the place you call home is Aleppo, Syria. Every family, including yours, has a member who has been raped, or martyred or broken by the psychological, material, and emotional strain of a three-year and seemingly endless war. As we in Toronto bask in the afterglow of the bounty we call Thanksgiving weekend, many of our brothers and sisters in the Middle East and elsewhere hope for at least some of the crumbs that fall from our tables. 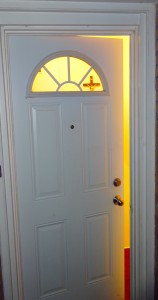 On Thanksgiving weekend, I was disturbed by the testimony of Munir, a Salesian priest from Aleppo who risks his life as the provincial superior of St. John Bosco's mission in Syria, Israel, Palestine, Lebanon, Iran, Iraq and Turkey. While we at home were asking ourselves whether to indulge in dark meat or white, a slice of baked ham or a second  helping of pumpkin pie, the young people he holds near to his heart were wrestling with questions of a different magnitude. Does God still exist? Does he care about our suffering? Has the rest of the world forgotten about us? Why are the world's legitimate   powers so ineffective in responding to our plight, while so many unscrupulous forces wreak torturous havoc  on us so effectively? To our brothers and sisters in Aleppo and elsewhere, the blessings of God seem to lie beyond a door which is open to us but closed to them.  Thanksgiving requires that we who sit at laden tables get up and open these doors and invite them in. How will I do that? How will you? Written by Father Michael Pace SDB, Pastor, guest blogger.