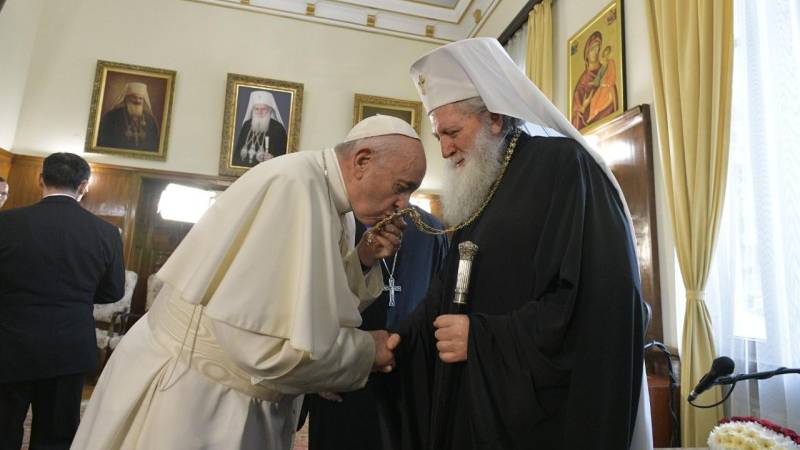 After his meeting with Bulgarian civil and religious authorities and the diplomatic corps, Pope Francis travelled to the Palace of the Holy Synod in Sofia. The Holy Synod is the 15-member governing body of the Bulgarian Orthodox Church, and the palace is also the residence of Patriarch Neophyte. Below is the full text of the address Pope Francis delivered on this occasion: 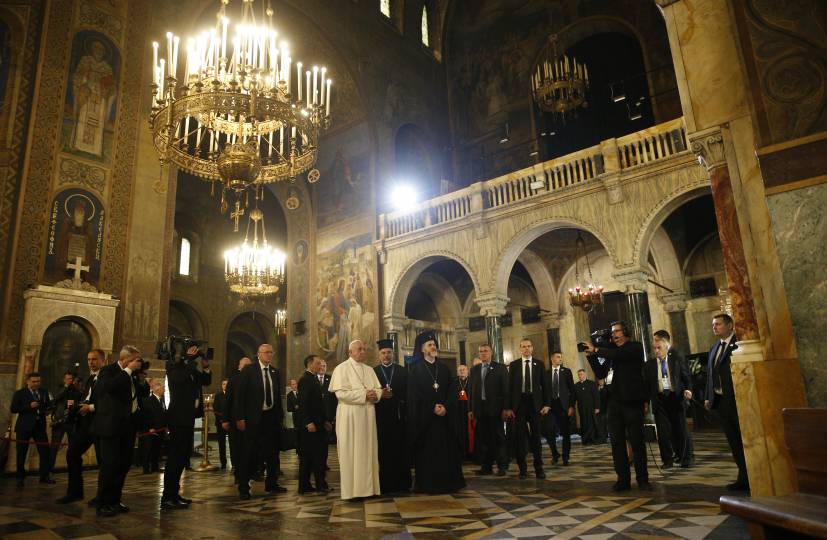 Pope Francis prays in front of an icon in the Patriarchal Cathedral of St. Alexander Nevsky in Sofia, Bulgaria, May 5, 2019. (CNS photo/Paul Haring)