Find out what Pope Francis' Trip to Egypt means 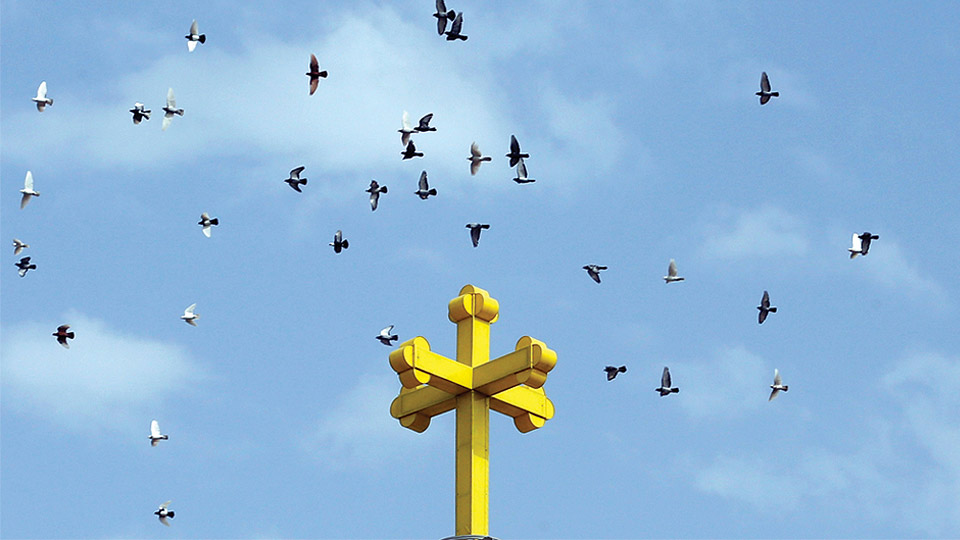 CNS photo/Amr Abdallah Dalsh, Reuters
The Pope’s agenda this week includes his apostolic and symbolic visit to Egypt. Greg Burke, Director of the Holy See Press Office, affirmed the Pope Francis' will to send out a positive message. "He is serene, and not naive, because he knows the situation in Egypt," Burke told Vatican Radio. "He knows what happened to the Copts in the past years. He will use a normal covered car, but there will be two moments when he will use the golf car: during the Final Saturday Mass and at the seminary." Following the double attack to the Coptic churches of Alexandria and Tanta on Palm Sunday, killing more than forty people and leaving nearly a hundred wounded, there was concern surrounding the Pope's trip. The Holy Father, however, maintained his decision to go to Egypt and sent a clear message - the Pope desires to be close to his Christian brothers of the Eastern Church. This visit has three purposes. First, it has a pastoral dimension. He will be going to encourage the small community of Catholics present in Egypt. Second, it will be an ecumenical one. He intends to meet the leader of the Coptic Orthodox Church, Pope Tawadros II, and show that unity does exists between Christians. Finally it’s an interreligious trip, since he will be speaking at an international conference on peace and  will meet the Grand Imam of the Al-Azhar University. Out of nearly 90 million inhabitants, 89% are Sunni Muslims, 10% are Christian Orthodox and less than 1 percent are Catholic, of varying rites. Pope Francis is therefore announcing himself as a messenger of peace. At the same time, the presence of the Ecumenical Patriarch Bartholomew I also hopes to bring Christians together and their testimony of unity as a sign for peace in the world. The Papal Nuncio to Egypt, Msgr. Bruno Musarò spoke of the great enthusiasm of the Egyptians for this visit, including Orthodox and Muslims. Musarò added that some of the pontiff’s gestures, such as the washing of the feet of prisoners or disabled people on Holy Thursday, are very powerful actions that come to the heart of the people, especially if they belong to other religions as it just happened in Egypt recently. It is his first visit to the country but his second one on the African continent. That trip took place in November 2015. This is also his fourth trip to a country whose population is mainly Muslim. He’s been to Jordan, Turkey and Azerbaijan.

For more on the Pope Francis' visit to Egypt, catch Vatican Connections Fridays at 8 pm ET!