Pope Francis' Homily for Week of Prayer for Christian Unity 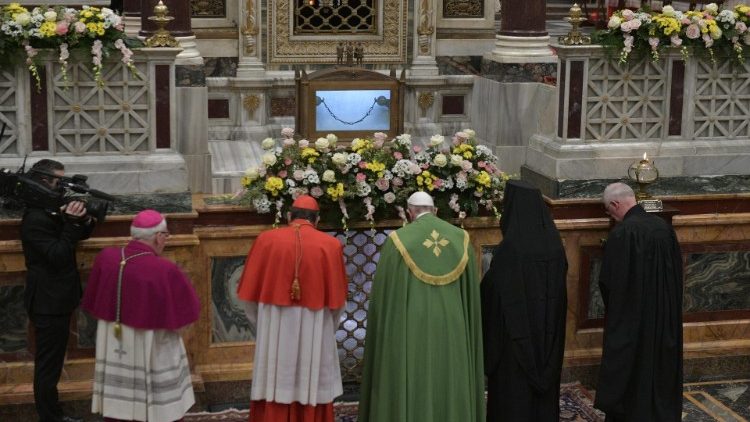 At 5:30 this evening in the Basilica of Saint Paul Outside the Walls in Rome, Pope Francis presided at the celebration of Vespers of the first week of Ordinary Time, at the beginning of the 52nd Week of Prayer for Christian Unity.  This year’s theme is inspired by the book of Deuteronomy: “Justice, and only justice, shall you pursue"(Dt 16:18-20). Representatives of the other non-Catholic Churches and Ecclesial Communities present in Rome took part in the celebration. At the end of the Vespers and before the pope’s apostolic blessing, His Eminence Cardinal Kurt Koch, President of the Pontifical Council for Promoting Christian Unity, addressed a greeting to the Holy Father. Here below is the English language text of the homily that Pope Francis pronounced during the celebration of Vespers: