Homily from the Opening Mass of the Catholic Media Conference

At first glance, the Old Testament reading from Second Kings seems to be one of those readings from the sequence of the weekday lectionary that really doesn’t offer us much food for thought as we gather for this Opening Mass for the Catholic Media Conference. The reading appears to simply offer the fantastic story of the ascension of the prophet Elijah on a fiery chariot leaving Elisha his successor and his companions to carry on. So, at first glance, there really doesn’t appear to be much to say other than to let the story speak for itself and to move onto the Gospel. But being the clever homilist that I am, I am quite happy to report that a deeper second effort at the text does allow us to glean some wisdom and direction from this story and apply it to our work as men and women committed to the spreading of the “good news” through the various avenues of communication. We are told at the very beginning what is about to happen: the Lord is going to take Elijah up to heaven in a whirlwind. Elijah has already tapped Elisha as his successor. He has already allotted to Elisha a full portion as his heir. Now the time has come to make that succession real and complete. Along with Elijah and Elisha come fifty guild prophets, Elijah’s ‘entourage’ so to speak. They are to be witnesses to the succession. At the Jordan River, Elijah and Elisha miraculously crossover and there Elijah offers Elisha one last request, “ask of me what you will.” Elisha asks for a “double portion of your spirit.” Elisha does not simply want to be Elijah’s successor in name. He wishes to be his successor in the power of the spirit. Elijah grants his request and is then caught up in the whirlwind of the flaming chariot and horses. Elisha, now the full prophet of the Israelites, crosses back over the river and takes his place among the guild prophets, who in a verse we have not heard, acclaim him saying, “The spirit of Elijah rests on Elisha.” 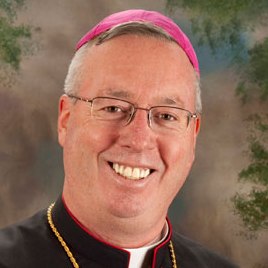 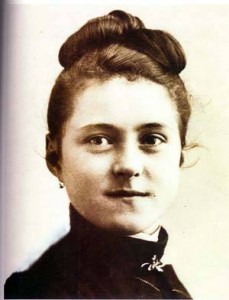 Finally, my last point: I offer a special saint in the teachings and person of one of the great doctors of the Church, St. Terese of Liseaux and her “little way” for us communicators who serve the prophetic mission of the Church. I would like to see her become the patron saint of the new social communications because she offers in her “little way” a way for us to keep our work in focus. In her "Little Way" she tells us to first live out our days with confidence in God's love and to recognize that each day is a gift in which one’s life can make a difference by the way you choose to live it. Out of this comes the admonition to see every little task or moment in life as an opportunity to make concrete the love of God. Think about that in terms of what we do. Every news story, every video, every blog post, every tweet or email or response to comment boxes can become an opportunity to manifest God’ love if we commit ourselves to loving. I will love God and others in the little moments of my work. I will spread the good news through one kind act, one loving response, one at a time, in the name of Christ. I choose to communicate that love right now in this moment and in the concrete and isn’t that truly speaking the truth of God’s love as prophets named by God, missioned to the kingdom, and empowered by the Spirit of love.