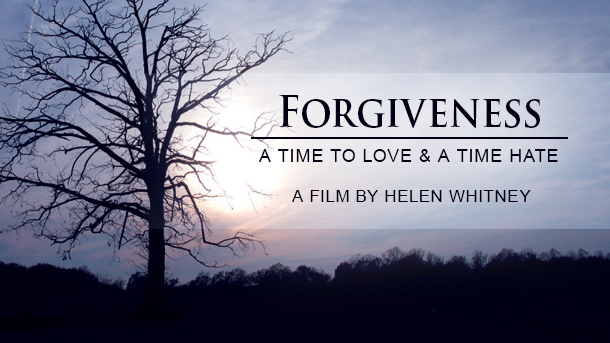 S+L presents Forgiveness: A Time to Love and a Time to Hate. The PBS film provides an intimate look into the spontaneous outpouring of forgiveness: from the Amish families for the 2006 shooting of their children in Nickel Mines, Pennsylvania; the struggle of '60s radicals to cope with the serious consequences of their violent acts of protest; the shattering of a family after the mother abandons them, only to return seeking forgiveness; the legacy and divisiveness of apartheid and the aftermath of the Truth and Reconciliation Commission hearings in South Africa; the penitential journey of a modern-day Germany, confronting the horrific acts of the Holocaust; and the riveting stories of survivors of the unimaginably, brutal Rwandan genocide.
Once a uniquely religious word, forgiveness now is changing and there is no consensus about what it is and what it is becoming. However you define forgiveness, its power is real — and never more so when it struggles with the unforgivable. Inevitably, as Whitney reveals, its new role in the world raises serious and complex questions: why is forgiveness in the air today; what does that say about us and the times we live in; what are its power, its limitations and in some instances its dangers; has it been cheapened or deepened... or both?

"If we really want to love we must learn how to forgive." – Mother Teresa

Giving voice to the stories of nations and individuals who have suffered and struggled to forgive, Forgiveness provides a moving and much-needed chronicle of reconciliation.