Tending the garden of Christian unity | One Body 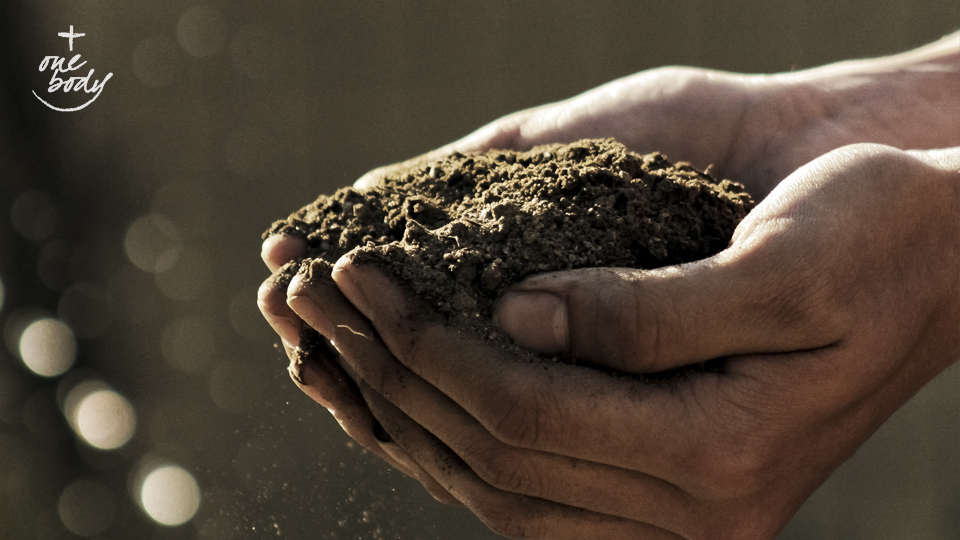 Photo by Gabriel Jimenez on Unsplash

Tending the garden of Christian unity

Like many Canadians, I really like to garden. There’s something about mucking around in the dirt, planting seeds and tending plants, that restores the soul after a long winter or even just at the end of a busy work week. And how rewarding it feels to see your own flowers in bloom or to harvest tasty vegetables from your own garden plot. It represents the fruits, literally, of a lot of hard work, from clearing and tilling soil, to watering and weeding, to pruning and fending off critters – all for the joy of tasting your own tomatoes or savouring the blissful fragrance of your own roses in bloom. A gardening analogy is sometimes used in the Ecumenical Movement. This analogy follows the same trajectory as St. Paul’s teaching to the Corinthian community (1 Corinthians 3:6-9), where Paul describes unique roles assigned to and carried out by different people at different times according to the plan of God: “I planted, Apollos watered, but God gave the growth.” Thus, “there should be no jealousy or quarreling among you…you are God’s field, God’s building.” By extension, in ecumenism, every dialogue between this or that church or ecclesial community, finds itself at a different moment in the gardening analogy. Is it time for clearing or tilling the soil? Is it time for planting or tending new growth? Is it time for pruning or fighting off pests? Or are we ready to harvest and savour the fruits of our labours? Several ecumenical documents and other published works showcase characteristics associated with each respective season. [I would encourage anyone looking for some summer reading in this area to check out the numerous titles and recommendations found at the Ecumenical book list website.] Here are just a few resources that have been especially helpful to me for understanding the “seasonality” of the Ecumenical Movement and the importance of applying specific skills at specific times:   From Conflict to Communion (2013): In anticipation of commemorative events for the 500th anniversary of the Reformation in 2017, the Lutheran World Federation and the Pontifical Council for Promoting Christian Unity released a preparatory text entitled From Conflict 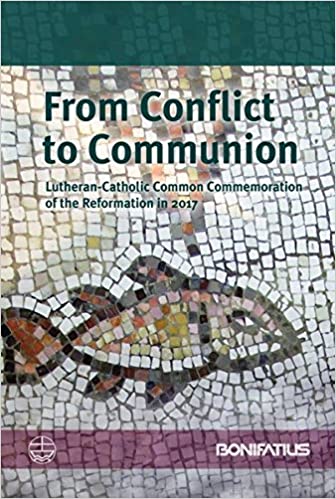 to Communion. This resource takes a self-critical glance at the history of the two churches since the time of the Reformation and does its best to clear away misconceptions and long-standing misgivings in order to arrive at a moment of common commemoration.

“Today we are able to tell the story of the Lutheran Reformation together. Even though Lutherans and Catholics have different points of view, because of ecumenical dialogue they are able to overcome traditional anti-Protestant and anti-Catholic hermeneutics in order to find a common way of remembering past events.” (FCC, 35)

The Lutheran-Catholic journey, particularly at this moment historically, is a story of purifying and healing memories, in order to set the conditions for new growth to occur. This is important and difficult work, and entirely necessary. One is led from the FCC document into a deeper prayer for the unity of the Church and for all those called to labour in this field. Growing Together in Unity and Mission (2006): In 2001, in Mississauga, Ontario, the Archbishop of Canterbury and the Cardinal President of the Pontifical Council for Promoting Christian Unity convened a meeting of Anglican and Roman Catholic bishops from around the world “to seek a way forward in the continuing relationship between the Anglican Communion and the Catholic Church.” In particular, these bishops were tasked with focusing on the agreed theological statements of the Anglican-Roman Catholic International Commission (ARCIC) and finding a way to express the substance of those theological agreements in the common life and mission of the two churches. The bishops’ meeting group is known as IARCCUM (International Anglican-Roman Catholic Commission for Unity and Mission) and their first publication is Growing Together in Unity and Mission. 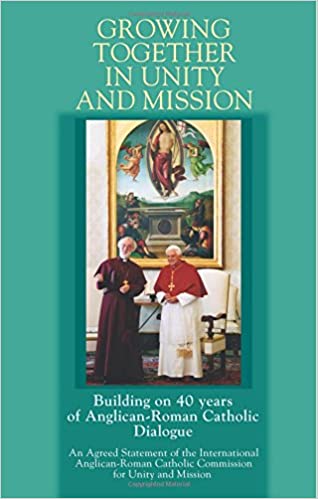 Growing Together is an excellent example of “tending a garden” already in bloom. The text “offers an honest appraisal of what has been achieved in the dialogue: discerning those doctrinal elements over which there is a readiness in both of our Communions to see in ARCIC’s work a faithful expression of what the Church of Christ teaches; and candidly pointing to remaining difficulties, thus identifying where further theological work is necessary” (GTUM, 9). The bishops offer numerous practical examples and areas where Catholics and Anglicans can (and should) enter into joint actions together in order to carry forward each church’s commitment to full visible unity.

“In asking how we are to be faithful amidst present complexities to the vision which has propelled our dialogue these past decades, we reiterate that even in a time of uncertainty, the mission given us by Christ in the power of the Holy Spirit ever calls us to give tangible expression to the degree of faith we share through common mission, joint witness and shared prayer.” (GTUM, 135)

GTUM is a call to action to “roll up our sleeves” and “get our hands dirty” into the real work of fostering Christian unity.   “The Ravenna Document” (2007): A perennial area of concern in the ecumenical garden is around the exercise of authority in the church and how that authority may be both moderated and mediated in light of the Holy Spirit’s eternal promptings: in different times and places, and among different peoples, structures, and offices. Orthodox and Catholic theologians, in particular, have been wrestling with these matters for at least 1000 years, so it is not always clear where one might look to get a balanced perspective on any of these “thorny” issues. A short but powerful text that helps to situate this discussion bears a long and complex title – “Ecclesiological and Canonical Consequences of the Sacramental Nature of the Church: Ecclesial Communion, Conciliarity and Authority”. More commonly, this document is simply called “The Ravenna Document”, noting the city where the final version was approved. “The Ravenna Document” presents definitions and a framework for considering all of the themes noted in its extensive title and seeks to find a way forward, beyond the complexities of the past and/or present teachings and practices. As our Church prepares to engage a Synod of Bishops on the theme of synodality, texts like “The Ravenna Document” may prove to be invaluable for “hoeing new rows” in well-worn theological fields.   Harvesting the Fruits (2009): Taking the guess work out of his theme for this book, Cardinal Walter Kasper published a “harvesting” text that “summarizes the results of the Catholic Church’s official dialogues with Lutheran, Reformed, Anglican and Methodist Churches over 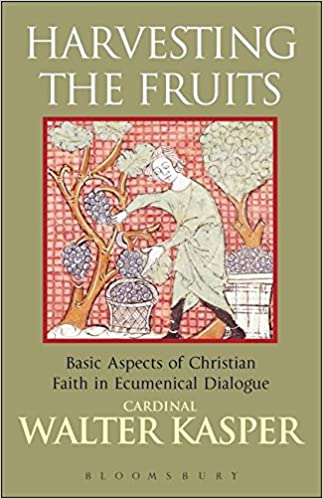 forty years, sets out a blueprint for ‘consensus and convergence’, and offers a map for the way forward for ecumenism” (back cover). The book surveys four specific areas – Trinitarian and Christological foundations of faith; Salvation, Justification, Sanctification; The Church; and the Sacraments of Baptism and Eucharist – and reveals the breadth and depth of an entire generation of ecumenists (from all of the named traditions) labouring in these areas of dialogue. It is amazing to see how much has been achieved in these past forty years and how much more still needs to be done. “Harvesting fruits” in this way is no easy task, and Kasper’s book is not an easy read; but we can be grateful for such works that help to spur us on when perhaps we feel more acutely the burden of our gardening efforts or the coldness of an ecumenical winter instead of the warmth of an ecumenical springtime.   Different roles, different seasons, but in every instance God gives the growth. What part of the ecumenical garden, or what role within the ecumenical garden, might the Lord be calling you to tend this summer? Julien Hammond is the ecumenical officer for the Archdiocese of Edmonton and has served as a member of the Roman Catholic-United Church of Canada Dialogue, the Anglican-Roman Catholic Dialogue in Canada, and the Christian Church (Disciples of Christ)-Roman Catholic International Consultation.