Deacon-structing the Mass | Part 4: Liturgy of the Word 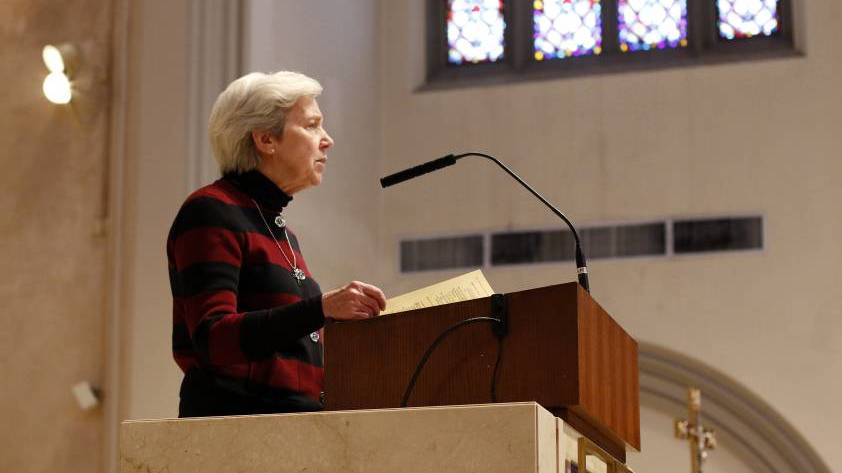 CNS photo/Gregory A. Shemitz
So far in this series we’ve been unpacking the various parts of the Mass. Our hope is that with a deeper understanding you’ll be able to participate more fully, actively and consciously in the Liturgy. Two weeks ago we looked at the Entrance, the Reverencing of the Altar, and the Greeting, and last week we looked at the Penitential Rite, the Gloria, and the Collect. During this whole first section of the Mass, which are called the Introductory Rites, the congregation stands. Right after the Collect, or Opening Prayer, when the priest says, “We ask this through Christ our Lord,” we all finally get to sit.

We then enter the Liturgy of the Word.

The Liturgy of the Word includes the scriptural readings (On Sundays and Feasts two readings - one on weekdays, the Psalm, and the Gospel), with the Gospel Acclamation, followed by the Homily and then the Profession of Faith (Creed) and the Prayers of the Faithful. The principal document that I am using to deacon-struct the Mass is called the General Instruction of the Romal Missal (GIRM). It says that when Scripture is proclaimed in the liturgy,

"God speaks to his people, opening up to them the mystery of redemption and salvation, and offering spiritual nourishment; and Christ himself is present through his word in the midst of the faithful.” (GIRM 55)

1-The Eucharist 2-The Assembled People (GIRM 27) 3-The Word Proclaimed (GIRM 29) 4-The person of the Priest (GIRM 93)* (*If you notice, when incense is used, these are the four "things" that are incensed: the Word before the Gospel is proclaimed, the altar and Eucharist, the priests and deacons, and the people.)

The General Instruction says that "when the Sacred Scriptures are read in the Church, God himself speaks to his people, and Christ, present in his word, proclaims the Gospel." (GIRM 29) Let’s not forget then that Christ is made present in the Word proclaimed just as much as He is made present in the Eucharist (although in the Eucharist He is made present in a physical way). John the Evangelist calls Jesus “the Word-made-flesh” (John 1:14). Jesus is the good news in human flesh. And when this good news is proclaimed, Christ himself is present. We would not let a single crumb of the consecrated Bread fall on the ground; we should not let a crumb of the Word fall on the ground either! In the Liturgy of the Word, Christ is present in the here and now, speaking the living word, the Good News of God’s unconditional love and abundant mercy to us in the congregation, who are also in the here and now, in our various circumstances. It is a moment of proclamation, invitation, reflection, and celebration. The Liturgy of the Word has a rhythm of proclamation, silence, song, and gesture which must be respected. Still, it should never be carried out in haste or be allowed to deteriorate into routine or recitation, and it should not be changed into shared reading and/or instruction.

The book that contains the readings is called the Lectionary. It has been designed as a perfect treasury of scripture. It is not a full Bible; it collects Bible texts which best express the mystery of salvation within the liturgy. 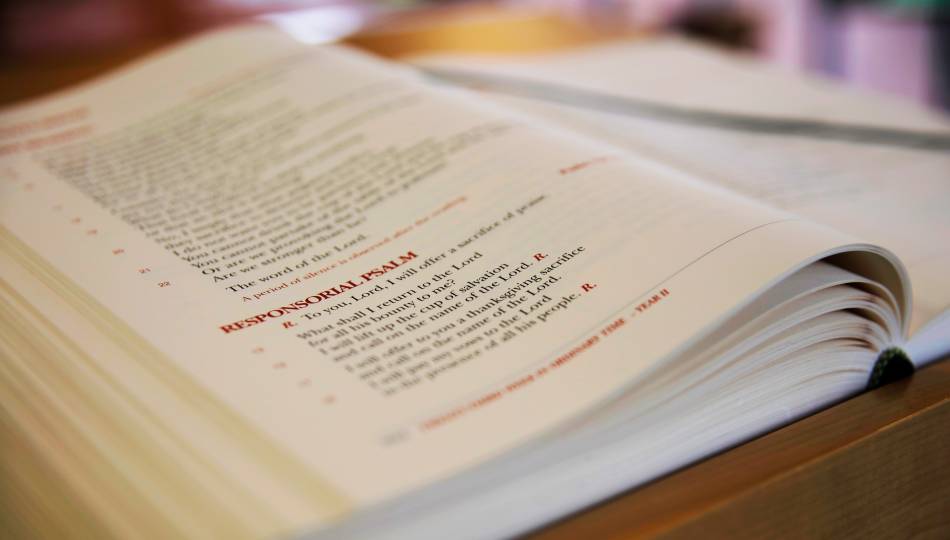 Salt+ Light
We could probably dedicate a few blog posts just to explain how the readings are organized by cycle and season, but for now, let’s just say that there are three Liturgical Years (or cycles) and with very few exceptions the Gospel readings of Ordinary Time are taken from one Gospel: Matthew, Mark, or Luke (one for each Liturgical Year). The Gospel of John is featured mainly in the Easter season. On most Sundays the First Reading is related to the Gospel text and helps give it focus. The Second Reading, during the Sundays of Ordinary Time, comes from passages from a single book of the New Testament proclaimed Sunday-by-Sunday in biblical order. (On weekdays there is no second reading, and the first reading can be from the Old or the New Testament but never from the Gospels.) The Scriptures record the great love story of God and humanity. It is a story of God’s call and human response: of steadfast love in the face of infidelity and of divine covenanting despite human fickleness. It's the story of salvation, the word of God and good news.

It is OUR story. It is the story of our family.

The General Instruction teaches that in the readings, the table of God’s Word is spread before the faithful, and the treasures of the Bible are opened to them. So we must pay attention! The Word is meant to be proclaimed and heard. But if it’s difficult to follow along, get yourself a Sunday Missal and read along.

[An aside: It is very good practice to read the readings BEFORE going to Mass on Sunday so that you’re not listening to them for the first time while sitting in the pew. In fact, I would suggest that you pray with the readings every night of the PREVIOUS week: First reading, Mondays and Thursdays; Second reading, Tuesdays and Fridays; and Gospel, Wednesdays and Saturdays. Pray the Psalm every day. If you don’t have a Sunday Missal, get one. If you don’t like books, download the app. Do whatever you need to do; you can’t just show up at Mass unprepared. Slowly reading these every day will not take more than five minutes. You will “taste and see” the difference in your Sunday attention.]

The scriptures are always read from the ambo (We don’t call it a lectern. The word comes from the Medieval Greek for pulpit, literally, "to ascend"). The readings must also be read from a Lectionary. Neither the readings nor the psalms may be replaced with non-biblical texts. Nor can they be replaced with a dramatic presentation (although that is sometimes done with permission for Christmas and in a stylized form during the Passion readings of Palm Sunday and Good Friday). The task of proclamation properly belongs to ministers other than the Presider (priest celebrant). The proclamation of the Gospel is the role of the deacon if there is one present. Let’s leave it at that for now. Come back next week so we can look at each reading in more detail.

[Most of the information used in these blog posts comes from the text of a video made by Salt + Light Television in partnership with the National Liturgy Office of the Canadian Conference of Catholic Bishops in 2011, to help explain the latest changes to the language of the English Roman Missal, titled, THE CELEBRATION OF EUCHARIST for the Twenty-First Century. The project was headed by Fr. Bill Burke, and the text of that video was written by Canadian liturgist Margaret Bick, both of whom I owe a great deal of thanks for the vast knowledge they shared with us.]