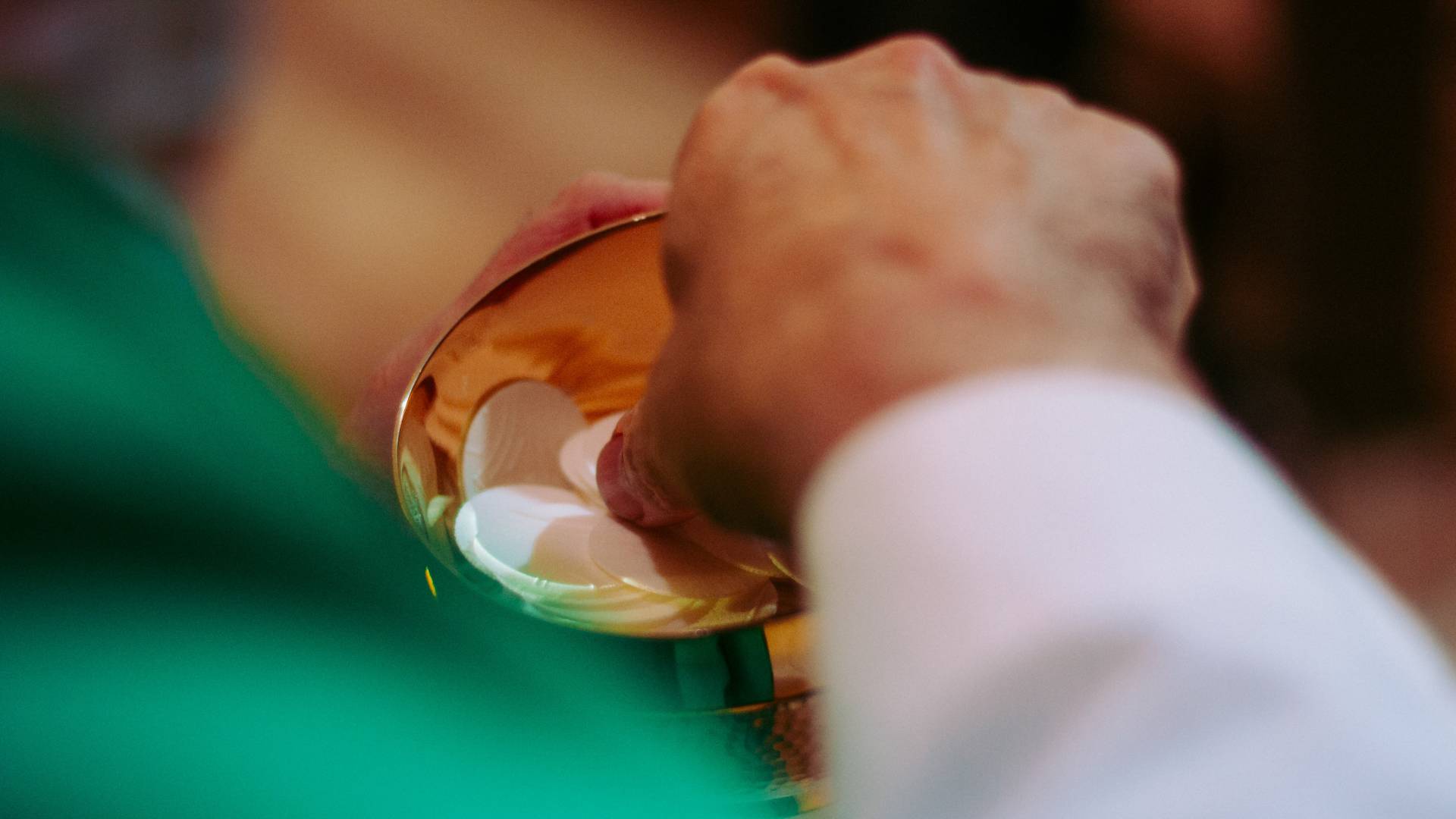 Photo by Exe Lobaiza on Cathopic
Last week, we looked at some of the Church teachings on how and how often we should receive Communion. Two weeks ago, we explored what Communion may have been like in the first centuries of the Church. Three weeks ago, we looked at what the Church teaches about the reception of the Eucharist, and four weeks ago, we began this series by considering some lessons we may have learned about receiving the Eucharist during the COVID-19 pandemic. We saw two weeks ago that in order to curb abuses, the Church made it the rule that Communion should be received on the tongue. However, nowadays, in most of the world, receiving Communion in the hand is the norm. Most liturgical instructions published by local episcopal conferences will say this, but we need not go further than the General Instruction of the Roman Missal:

Redemptionis Sacramentum is a document published in 2004 by the Congregation for Divine Worship on certain matters to be observed or to be avoided regarding the Most Holy Eucharist. It says:

Although each of the faithful always has the right to receive Holy Communion on the tongue, at his choice, if any communicant should wish to receive the Sacrament in the hand, in areas where the Bishops’ Conference with the recognitio of the Apostolic See has given permission, the sacred host is to be administered to him or her. However, special care should be taken to ensure that the host is consumed by the communicant in the presence of the minister, so that no one goes away carrying the Eucharistic species in his hand. If there is a risk of profanation, then Holy Communion should not be given in the hand to the faithful. (#92)

A bit of history may be required here. As we have already seen, from the 5th century or so until Vatican II, no one, anywhere, received Communion in the hand. However, there were “abuses” that were taking place in certain regions of the world. Because of this, and after some investigation, the Vatican began granting special permission (or recognitio) to certain dioceses to allow people to receive Communion in the hand. Slowly, more and more bishops began making a request for the “exception to the norm”, including Canada in 1970 and the United States in 1977. Pope St. Paul VI wrote, in a document titled Memoriale Domini in 1969, that the manner of distributing Communion on the tongue must be observed “not only because it rests upon a tradition of many centuries but especially because it is a sign of the reverence of the faithful toward the Eucharist. The practice in no way detracts from the personal dignity of those who approach this great Sacrament and it is a part of the preparation needed for the most fruitful reception of the Lord's body.” He adds:

“In addition, this manner of communicating, which is now to be considered as prescribed by custom, gives more effective assurance that Holy Communion will be distributed with the appropriate reverence, decorum, and dignity; that any danger of profaning the Eucharistic species, in which 'the whole and entire Christ, God and man, is substantially contained and permanently present in a unique way,' will be avoided; and finally that the diligent care which the Church has always commended for the very fragments of the consecrated bread will be maintained: 'If you have allowed anything to be lost, consider this a lessening of your own members.'"

In Dominicae Cenae, published in 1980, St. John Paul II wrote on the mystery and worship of the Eucharist. He said that even though the practice of receiving the Eucharist in the hand is allowed, there have been cases of “deplorable lack of respect”. He also notes that in some places those who wish to receive on the tongue are denied and acknowledges that there are many who receive in the hand and do so with “profound reverence and devotion” (DC #11). It’s appropriate to clarify that these “abuses” and “lack of respect” do not refer objectively to receiving the Eucharist in the hand but, rather, that receiving in the hand allows the receiver the opportunity to commit abuses, such as taking the host with them without consuming it or consuming it carelessly and allowing particles to fall on the ground. There isn't anything objectively disrespectful about receiving the Eucharist in the hand. And as we've seen these past two years, in extraordinary circumstances, bishops have the authority to restrict the manner of receiving Communion temporarily; in the case of a public health crisis like the COVID-19 pandemic, that may mean limiting the reception of Communion to only bread and only in the hand. (If you're curious to know more, this article from Our Sunday Visitor explains it well.) Again, the bottom line is that the Eucharist is really and truly the body, blood, soul, and divinity of our Lord Jesus Christ, and even within the temporary restrictions, Communion must continue to be received with extreme respect and care. I am reminded of a story about a Hindu who asked that if Catholics truly believed that Christ was present in the Eucharist, and Christ is God, why weren’t they all on their knees for the whole Mass? He’s right. Many of us often take it for granted that Christ is present in the Eucharist. The reason for all these norms and practices is to ensure the reverence of the action of receiving Communion. The doctrine is that Christ is present in the Eucharist. That cannot be changed. How we respond to that doctrine is a matter of discipline and practice – those can change. It is also cultural. It may be of the utmost reverence for some to be barefoot (as Moses was before the Burning Bush); for others that would be rude and insulting. Some feel that reverence means making eye contact with the minister or staring at the host; others feel it's best to look to the ground. Some may feel that approaching with your eyes cast down is rude. What matters is what's in your heart. It is impossible to regulate other people’s inner dispositions. It is up to us to be sure that we are receiving the Eucharist with the utmost reverence. My advice is to meditate on what it really means to receive the body, blood, soul, and divinity of Christ, fully and really present under the species of the bread and wine, and see what that does to you. Then approach as you would approach the living God.