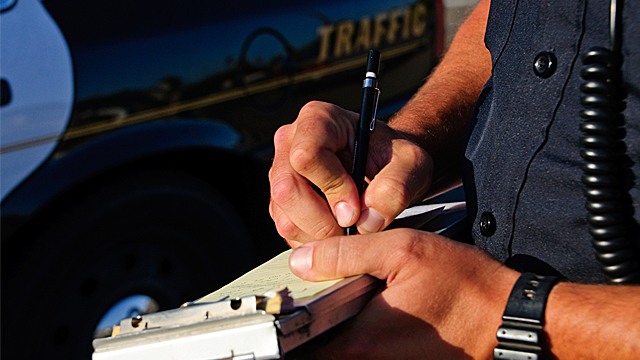 Last week we learned why Pope Francis declared this year to be the Year of Mercy.
By now you know that when trying to figure out what words mean, I always find out where the word came from. The English word, “justice” comes from the Old French “justice,” which meant, “justice, legal rights or jurisdiction." That came from the Latin “iustitia” which meant, "righteousness or equity," and in turn that came from the Latin word, “iustus” which means, "upright or just." The word began to be used in English around 1200 as a title for a judicial officer.
The word “mercy” comes from the Latin “merces” or “mercedem” which means “reward or wages" (in Vulgar Latin "favor or pity"). As of the late 12 century, the word was used in English to mean, "God's forgiveness of his creatures' offenses." This comes from Old French mercit or merci, which meant "reward, gift; kindness, grace or pity." The meaning, “reward” comes from from the Latin “merx” which means "wares or merchandise" (as in market). In French, the word “merci” meaning pity was largely replaced by miséricorde. The word “merci” kept the meaning and use as a word of thanks.
Today we generally equate “justice” with “fairness”. We also equate “mercy” with “compassion”.  I actually would like to propose that true justice demands mercy. Let me tell you a little story.
I began the Year of Mercy by breaking the law.
Well, technically:  I was driving without a headlight. To be fair, the bulb had burned out that morning and so we were only driving without the headlight for about an hour. In fact, when the officer pulled us over, we had already purchased the replacement bulb and, had it not been 10pm we would have been replacing the bulb as soon as we got home.
Turns out that when the officer pulled us over, our licence plate light bulb was also out. We had broken two laws: driving without a headlight and driving without a license plate light. We thought we would simply get a warning (we were really only about a block home and had the replacement bulb), but as it goes, being the end of the month, there was no mercy; only justice. The officer very politely gave us, not one, but two tickets: $110 each!
I have to admit that I was not happy. But after giving the matter some thought, I figured that this was just; this was fair: There’s a law and we had broken the law, therefore we had to pay the fine.
But I contested the ticket.
A few weeks later I received a notice in the mail for an “early resolution” appointment.
And here began my reflection on the Year of Mercy.
Justice is defined as “Just behavior or treatment.” That means, pay both tickets. That's fair. Suck it up and don't drive without a headlight.
However, justice is also defined as “The quality of being fair and reasonable.” Surely if the police officer could not be reasonable, the Justice of the Peace (or judge or clerk) would be. I should be forgiven the tickets. We didn't know about the license plate light. We intended to replace the headlight bulb. We meant no harm. That’s fair.
Mercy is defined as “Compassion or forgiveness shown toward someone whom it is within one's power to punish or harm.” At the very least, the Justice of the Peace would be merciful and forgive the offence. Afterall, we had replaced the bulbs. If the purpose of the law is to prevent people from driving without lights, because that is not safe, then we had been warned. Is it reasonable to have to pay $220 in order to learn that lesson? If it was up to the Justice of the Peace to effect justice and that meant paying both tickets, then I hoped that reasonable-ness would prevail and forgiveness shown. What would it be, mercy or justice?
A few weeks before my court appearance one of the readings at Mass was from Isaiah 42.

“Here is my servant, whom I uphold my chosen one in whom I delight; will put my Spirit on him, and he will bring justice to the nations. (Isaiah 42:1)

He will not shout or cry out, or raise his voice in the streets. A bruised reed he will not break, and a smoldering wick he will not snuff out. In faithfulness he will bring forth justice; he will not falter or be discouraged till he establishes justice on earth. In his teaching the islands will put their hope.” (Isaiah 42: 2-4)

Isaiah is telling us that “justice” means, not shouting or crying out. It means not breaking a bruised reed. It means not snuffing out a smoldering wick. That means not breaking those who are bruised, not destroying those who are weak and dying. This is the justice that Jesus will establish. This is the justice that gives us hope.
Sounds like mercy.
In fact, most of the references in the Old Testament about God’s justice equate justice with doing what is right, with fairness and with compassion.
In another place, Isaiah says,

“Yet the LORD longs to be gracious to you; he rises to show you compassion. For the LORD is a God of justice. Blessed are all who wait for him! O people of Zion, who live in Jerusalem, you will weep no more. How gracious he will be when you cry for help! As soon as he hears, he will answer you.” (Isaiah 30:18-19)

God is a God of Justice; He rises to show us compassion!
The prophet Zechariah says,

"This is what the LORD Almighty says: 'Administer true justice; show mercy and compassion to one another.” (Zechariah 7:9)

Justice, mercy and compassion go hand in hand.
And one of my favourite passages in Scripture is from the prophet Micah:

“He has showed you, O man, what is good. And what does the LORD require of you? To act justly and to love mercy and to walk humbly with your God.” (Micah 6:8)