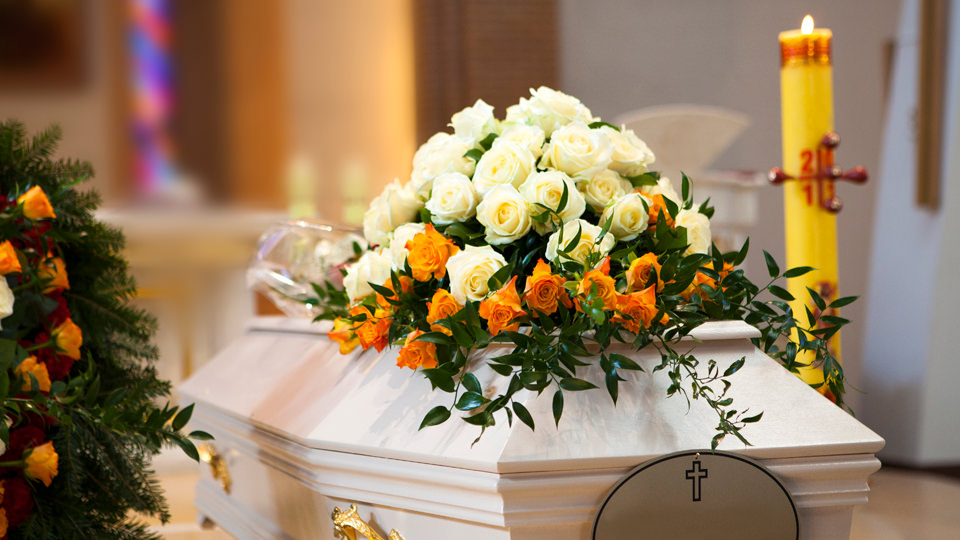 iStock photo
Last time we looked at the prayers that take place between the time of death and the funeral, or committal, if there is no funeral.

This week, I’d like to look at the actual Funeral Rite.

The Order of Christian Funerals offers options for the Funeral Mass, as well as a funeral liturgy outside of the Mass. If the funeral takes place outside of Mass, then a memorial Mass may be celebrated at a later date. The Funeral Liturgy Outside of Mass may be celebrated if it has to take place on a Sunday, a Solemnity, or during the Easter Triduum; and if a priest is not available. If, for some reason, the pastor and the family decide that the funeral liturgy outside of Mass is more suitable, it is also allowed. The Funeral Mass should be what's ordinarily done after the death of any Catholic. We have to remember that Catholic funerals are not about the person who died; they are about Christ who rose from the dead. (This is why the Church recommends that if there is to be a eulogy it take place either before or after, but not during, the liturgy – we’ll look at this a little later). The Order of Funerals says that when we celebrate (and I emphasize the word) the funerals of each other, we Christians should be “intent in affirming our hope for eternal life.” The Funeral Mass begins with the reception of the body (if this has not yet taken place at the Vigil), followed by a Liturgy of the Word and then the Liturgy of the Eucharist. At the end, there is the Final Commendation and Farewell. If the funeral takes place outside of Mass, all these elements are present, except the Liturgy of the Eucharist. The Funeral Mass (as well as the funeral outside of Mass) is commonly celebrated at the parish church, but it may be celebrated (you’d need the bishop’s permission) in the home or another place. The texts for both options are taken from the Roman Missal and the Lectionary for “Masses for the Dead”. All the prescriptions that we’ve spoken about regarding the Mass, as it pertains to silence, music, rubrics, etc., apply as well. The liturgical colour used should express hope. In Canada the recommended colour is white.

The Rite of Reception

The Liturgy begins with the Rite of Reception, which usually takes place at the entrance of the Church. After the Sign of the Cross and the Greeting, the priest sprinkles the casket with holy water, and (depending on the local custom) the casket is draped with a cloth or pall. This is followed by the Entrance Procession and the Penitential Rite. The Mass then continues as a regular Mass with the Liturgy of the Word (one or two readings may be used) with a Homily and General Intercessions. As in any regular Mass, the readings may not be replaced by non-scriptural readings, and the Psalm should be sung.

The Homily should not be a eulogy.

The focus here is the readings and the mystery of God’s love and the mystery of Jesus’ victory over death. This is not the time to tell stories about the deceased person – however, a good homilist is able to weave those in the midst of his resurrection message. If you have ever attended a Catholic funeral, you might have noticed that the Easter Candle is placed near the coffin – usually both in front of the altar. The Easter Candle reminds us of our baptism and of Christ’s presence among us, his death and resurrection. In many ways, many aspects of our baptism are recalled with the Funeral Rites. After the General Intercessions, the celebration continues with the Liturgy of the Eucharist in the usual manner.

After Communion, following the Prayer after Communion, the priest or celebrant goes to a place near the coffin. The assisting ministers will bring holy water and incense. The priest then prays the Final Commendation, which is the final farewell with which we entrust the deceased to the mercy of God. The casket is then sprinkled with holy water and is incensed. It is tradition that during the incensing, a Song of Farewell is sung. This is where most of us have heard the St. Louis Jesuits' “May the Songs of Angels”. The Prayer of Commendation concludes the rite. There is no dismissal. The priest or deacon instead says, “In peace let us take our brother/sister to his/her place of rest." The closing procession follows. Next week is Easter, so let’s leave the Rite of Committal, Burial and/or Internment for the week after.