Catholics are the absolute minority in the Balkans - Archbishop of Belgrade 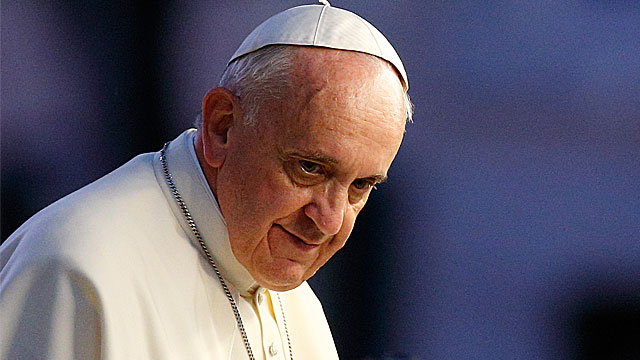 Last Monday, Pope Francis received in a private audience the bishops of Serbia, Montenegro, Macedonia and Kosovo, gathered in the International Bishops' Conference of Saints Cyril and Methodius (Ceicem). The visit was part of “ad limina apostolorum.” Many issues were discussed. First of all, the Church in these countries lives in the heart of an Orthodox and Muslim majority. This raises difficulties but also hope - hope for reconciliation between religions and cultures. The Archbishop of Belgrade, Stanislav Hocevar, spoke to Vatican Radio, and explained that Catholics are the absolute minority in the Balkans. For this reason, his main concern is pursuing a theological and ecumenical dialogue with the Serbian Orthodox Church, while also building relations with the Islamic community. The Archbishop also underlined the great poverty of the local churches, a topic important to the Holy Father who hopes to see this alleviated in concrete ways. Mons. Ladislav Nemet, President of Ceicem, specified that the collaboration between the Holy See and the Serbian Orthodox Church is very good. In Kosovo, however, interreligious dialogue is more meaningful because Catholics live among the Muslims. The situation is totally different in Montenegro and Macedonia. There, it is difficult for the Catholic Church to maintain relations with the official Orthodox Church and even with two Orthodox churches that are growing with the help of the government. The president of the bishop’s conference proposed to the Holy See to divide the international conference Saints Cyril and Methodius in National Conference. A request which is almost inevitable because of the specific needs of each of the four countries. "Only in Serbia – the president added - we have the right to teach religion at primary schools, and even at high school. At the same time, in Serbia, there is the 90% of the Catholics of the whole Conference of Saints Cyril and Methodius. Regarding Montenegro, the government signed with the Holy See a basic general agreement. In the other countries, however, there are no similar arrangements. That is also a big difference on which the Pope has promised to intervene".

For more on the  Archbishop of Belgrade, catch Vatican Connections Fridays at 8 pm ET!