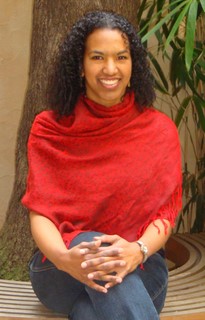 In which case, this is old news for you. If not, read the rest! I “met” 29-year-old Shannon Joseph through Michèle Nuzzo, who is a friend of hers. Here’s the gist of my first phone interview with Shannon:

MR: So, Shannon, how did it come about that you started this website Canadians for Care? Shannon: I started this website in August or September of 2009. I was working with World Youth Alliance in New York, where I was their UN Advocacy specialist. I left my job and came to Ottawa to work, where I finance sustainable developing projects. When I arrived in Canada, I heard about Bill C-384. I wanted to create a website that doctors in Canada could find. I thought it was important for them to have a forum to speak out. That’s what kind of launched the site. The idea is to be a voice, a place for different voices that don’t get the air time. MR: I don’t see your name anywhere on the site... Shannon: My name’s not on the site because I really wanted it to be not about me but about these doctors who sign on, these patients who get interviewed, because really in all this, I’m just a person who was concerned. MR: Do you think World Youth Alliance prepared you for taking initiative on public issues in such a way as you did? Shannon: The World Youth Alliance training is about a proposal for public policy where people have to be the centre of public policy, and the foundation of that is that every person has intrinsic dignity. So where does that take you? Coming back to Canada, hearing about this debate, I thought, how can we talk about these things… how can we get to what was important? The letter that appears on the website was really about clarifying [...] that this is what euthanasia is, this is what it’s not, let’s move forward. MR: How did you build this website? Shannon: The site itself was built by one of my friends in New York. MR: How did you find the doctors who support this site? Shannon: I found the first set of doctors through contacts I had, and these doctors then e-mailed names of other doctors who were involved. The doctors who came on initially said that they like this letter. Then I approached different organizations – Physicians for Life was on the list, and certainly Euthanasia Prevention Coalition. And then I would send e-mails out periodically.

Shannon posted an interview with a young woman from Quebec, Marie Elena Silva, who suffers from a degenerative medical condition, putting a face onto the issue of euthanasia and assisted suicide. I'll conclude with an excerpt from the blog on Shannon’s website about Silva:

For Silva and others, Bill C-384 does not promise more choices, it creates more vulnerability, it gives doctors the power to intentionally take her life – a life she already has to defend. In our interview with Silva she says “I’m sick, I want to live,” saying that is the current climate is that many medical professionals and others make judgments about her and the quality of her life. She and many others in her situation often experience guilt because loved ones around her suffer watching her suffer. According to Silva, this kind of guilt can push patients to say yes to euthanasia and assisted suicide even though they wanted to continue living. Silva adds, “not everyone can be a caregiver and that’s okay, but people’s inability to cope with the suffering of a loved one lead to policies that are more about compassion for those around the sick person than for the sick person.” For Silva speaking up in defense of her rights to care and to the protection of her life is true empowerment; she wants to be a voice for others like herself.