Behind Vatican Walls: Synod of Bishops and Nobel Prizes 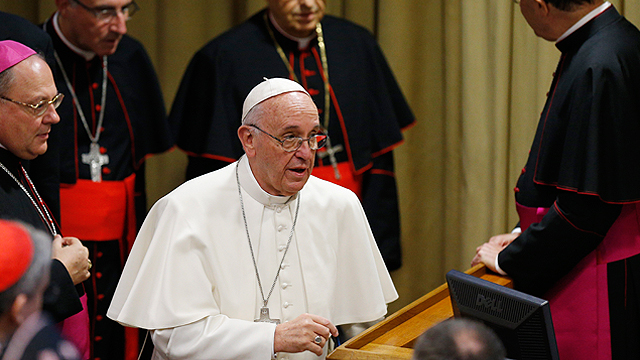 The Synod of Bishops on the Family started this week. For a run down of what has been discussed so far, watch this week’s edition of Vatican Connections, or Salt and Light’s special synod coverage, Inside the Synod.
There were a few non-synod items of interest over the past week. The pope’s message for World Youth Day 2016 was released. This international World Youth Day will be in held in Krakow, Poland next summer. The full text of the message is available in English here.
There was also a nine day papal visit to Cuba and the United States. The trip ended with a nearly one-hour long press conference on board the papal flight from Philadelphia to Rome. The full text of that presser is available here in English.
While not really Vatican-related, the Nobel prize winners were announced this week. Once again it was widely believed in church circles that Pope Francis could be awarded the prize. Instead, the Nobel committee threw everyone a curveball. The winner of the 2015 Nobel Peace prize is the Tunisian National Dialogue Quartet. The widespread reaction to the announcement was “who?”. Here is some background on the Quartet and their work in helping Tunisia avoid civil war.
--
CNS/Paul Haring
Watch this week's Vatican Connections below:
Every week brings new, exciting, and sometimes juicy headlines from behind Vatican walls and every week Alicia delves deeper into one of those headlines. For a full run down of what’s been happening behind Vatican walls, watch Vatican Connections. Already watch the program? Come back every Friday for an in-depth look at an issue, headline or person. Season 4 of Vatican Connections premieres Friday, September 11, 2015 at 8:00 pm ET.