A Fire Meant for Burning 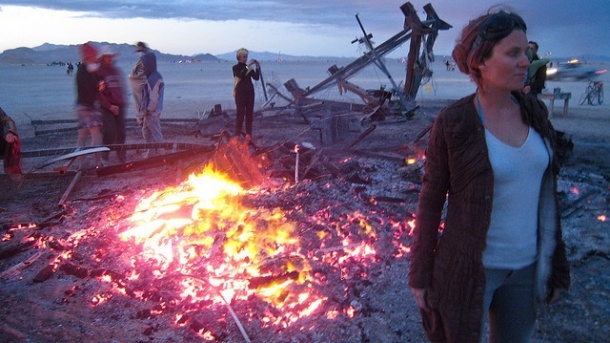 By Ryan Duns, SJ
“We must not reduce the bosom of the universal church to a nest protecting our mediocrity. And the church is mother, the church is fruitful. It must be.”
The Church is frequently interpreted as a stronghold against the forces of modern culture, by culture warriors both within and outside its fold. The Church can often feel as though it is under siege, threatened by forces about to breach its walls. This can lead to a bunker-mentality in which we dream of a golden age before the siege rather than how we might go forth into the world to proclaim the Good News.
The Holy Father’s words evoke an image used frequently by Karl Rahner and referenced, just before his death, by Cardinal Martini. In his final interview, Martini lamented, “I see in the church today so much ash under the embers that often I’m hit with a sense of impotence. How can we liberate the embers from the ash, to reinvigorate the fires of love?” Martini saw the danger posed to the siege-culture plaguing the Church: cut off from the outside world, turned inward on itself, the one-bright fires of an evangelical faith have slowly faded away and have been reduced to glowing embers.
We can, as a Church, content ourselves for a spell by saying, “Ah, these embers will keep us warm enough for now.” How long is this for now? If we interpret contemporary culture as a hostile force threatening our existence, we may end up huddling together around the embers until all their heat has been spent.
Our other option is to reignite the embers of faith. We must listen again to the proclamation of the Gospel and claim, for ourselves, the same fire that burned in the hearts of the disciples at Emmaus. The Church cannot be content with an attitude of “good enough” and must, consequently, venture out into the world as a bearer of the Good News of the Risen One. We are called to be more than a “small chapel that can hold only a small group of selected people.” The Church, having found in Jesus Christ the Good News of God’s love, must become ministers of the Gospel, a Church like the good Samaritan “who washes, cleans, and raises up his neighbor. “
In order to be itself, the Church must be fruitful, and that fruitfulness will be seen in and through the lives of the faithful. To my mind, Pope Francis is summoning us to embrace a mysticism of daily life. Consider the Pope’s simple act of making a phone call to a young man who had reached out to him. Each of us makes countless phone calls and sends innumerable texts each day. So what? Through this simple gesture, the Holy Father saw he could respond to the need of his brother in the Lord, so he did. Characteristically, he is humble about this outreach, explaining that “this type of fruitfulness is so good for me.”
Judging by popular reaction to the Pope’s interview, a fresh breeze seems to be stirring  and reigniting the embers of the Church. A new fire seems to be catching, one giving Christians the courage to grow and mature in their faith. If a new and creative Spirit has been enkindled in the Church, we must not be tempted to think that this is of our own doing. If we stop settling for mediocrity, if we have the courage to leave our protective shelters, it will be because we have allowed God to stir up a new fire from the embers, a fire whose warmth and light we wish to share with the world.
---
Photo by redteam via Flickr