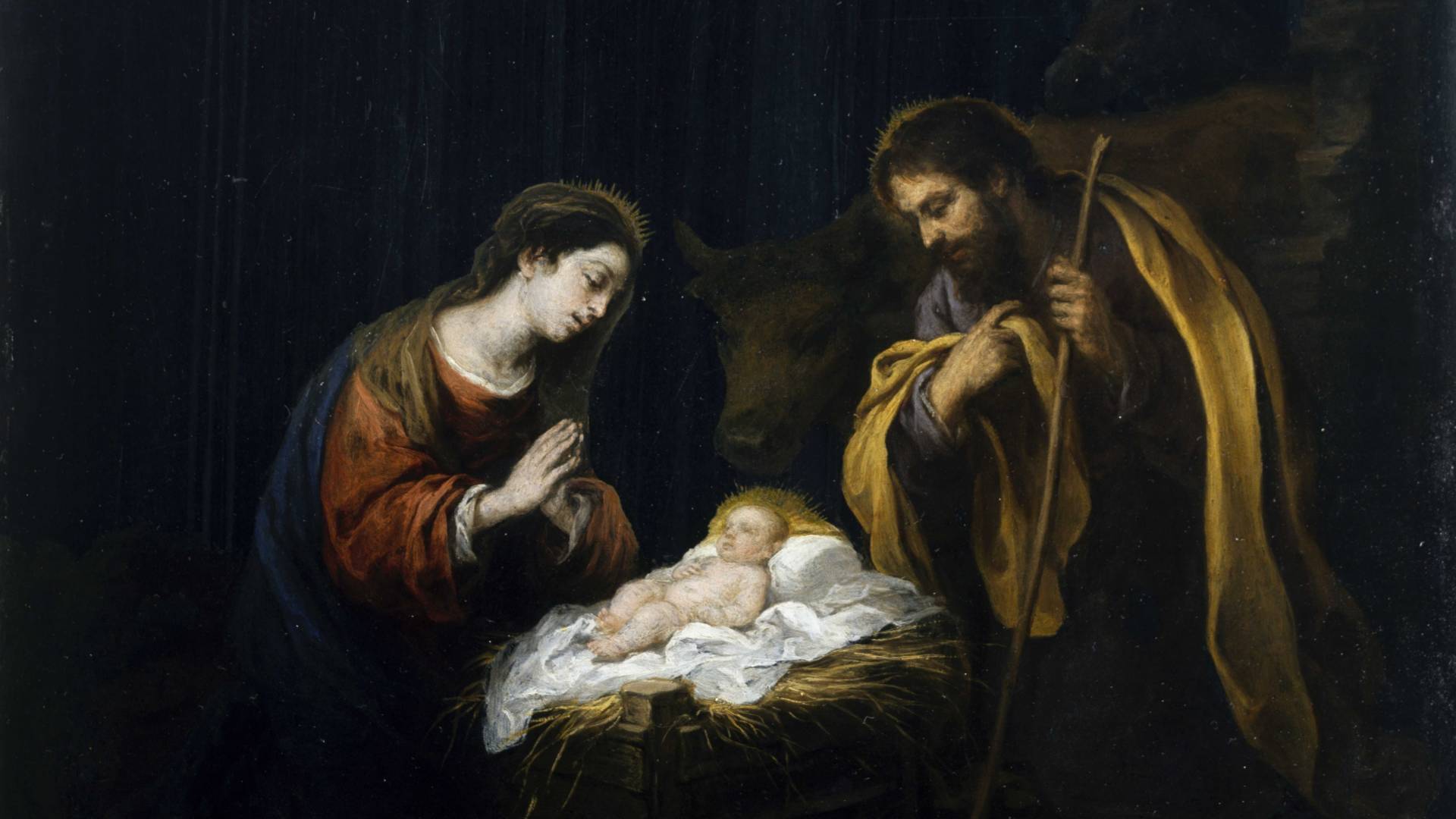 Detail of The Nativity by Bartolomé Estebán Murillo (Source: Wikimedia Commons)
Jupiter and Saturn aren’t the only things aligning this Christmas, it seems. Just in time for Christmas in the Year of St. Joseph, we have a brand new, never-before-heard carol from the perspective of Jesus’ foster father, called – appropriately enough – “Joseph’s Carol”. But it wasn’t planned that way. Renowned British composer, John Rutter, was commissioned earlier this year to write a new Christmas carol for a concert in tribute to the Oxford Vaccine Group, the Jenner Institute, the RECOVERY team, and all volunteers involved in the search for a COVID-19 vaccine. He was inspired to write from Joseph’s point of view because, like the scientists and researchers who toil in the background, Joseph is a somewhat shadowy figure whose vital role in the Christmas story – and in salvation history – is often overlooked. This gentle, tender, hope-filled carol is the perfect Christmas gift for a COVID-weary world and a fitting tribute to St. Joseph and to the researchers who have worked tirelessly to bring us a more earthly kind of hope in this difficult year. The melody is sweet, simple, and very singable. The words, too, are simple, inviting reflection on the familiar story in a new way. We hear Joseph’s weariness and doubt and then his awe and wonder at the miracle taking place in the unlikeliest of locations and with the unlikeliest of companions. They are words which speak to our human condition and which will resound in many hearts for years to come, but they are especially poignant at this time when so many have felt that “Long and weary was the journey,/ Hard and dark the road we trod”. But God says to each and every one of us, as he says to Joseph and Mary in the carol: “‘Fear not…weep not…’”