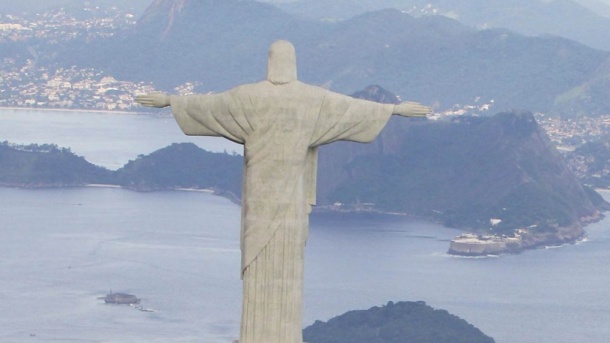 World Youth Day Rio 2013 has released the official program for the event which happens this summer in Rio de Janeiro, Brazil. The official program begins July 23rd with a mass celebrated by the Archbishop of Rio,  Joao Orani Tempesta. This mass will be the first of three events on the famous Copacabana Beach. In the mornings from July 24 to 26 Catechesis will be given by the bishops of the world, inspired by the main theme of this World Youth Day: “Go and make disciples of all nations”. In the afternoons and evenings a variety of cultural events will take place. On the afternoon of July 25th the millions of young pilgrims will welcome Pope Francis at Copacabana beach. On the evening of Friday July 26 everyone will gather on Copacabana for the Way of the Cross. The following morning, Saturday July 27, Pope Francis will meet with seminarians. That same night the traditional WYD vigil will take place at Campus Fidei. The schedule for the last day of Pope Francis' stay in Rio includes the closing Mass in the morning and a meeting with the WYD volunteers in the afternoon. There are other activities included in the schedule:  an homage to Blessed John Paul II who started World Youth Day, a gastronomic fair, and the ceremony giving the keys of the city of Rio to Pope Francis.  A a center for the treatment of people with substance addictions will also be inaugurated. World Youth Day will have 27 stages to visit. Each one will represent a different Brazilian State.  Some of the stages will be in emblematic places of the city, like the beaches of Botafogo and Copacabana, the Christ the Redeemer statue, and the Maracana stadium. All pilgrims will receive a backpack with a T-shirt, a cap, a rosary, a liturgy book, various guide books, the cultural festival agenda, and passes for food, transportation and housing. The organization expects that close to 2.5 million people will attend to WYD 2013. They also confirmed that the interest in this event has grown after the election of Pope Francis.