Along the road of faith | Word Alive 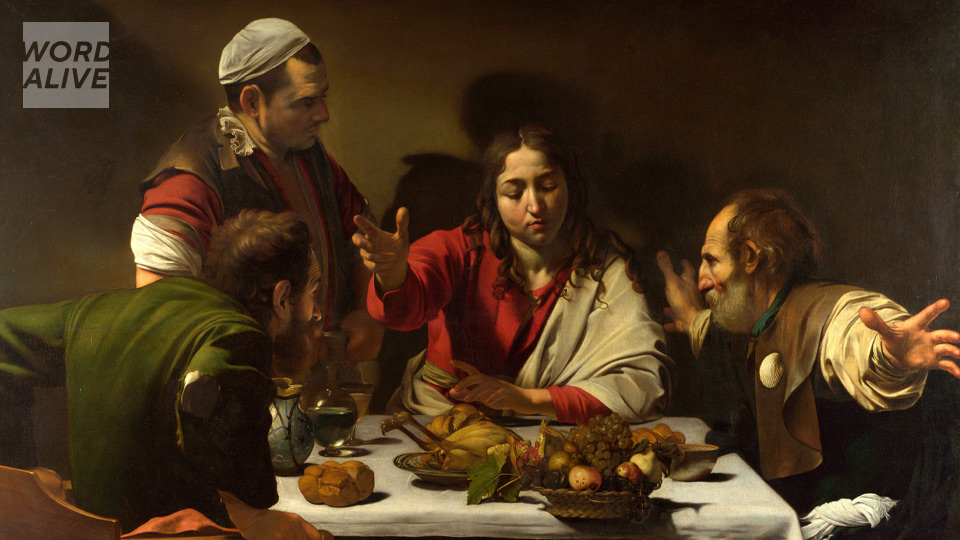 Along the road of faith

A reflection for the Third Sunday of Easter, Year A

Several years ago, I visited a parish during the Easter season. The priest offering the homily that day said something I’ve never forgotten. He told his community, “Folks, the opposite of faith is not doubt. The opposite of faith is certainty.” In the course of his preaching, he explained to them that when we are certain about something, we don’t need faith anymore. Faith is about our willingness to make a daring, courageous, but often uncertain, confusing, and fearful journey with Jesus the Risen One as our travelling companion. I don’t recall, but his homily that day could easily have been about the Gospel story of two disciples walking from Jerusalem to Emmaus, which has long been one of my favourites among the Resurrection stories. It’s set in the context of the other Scripture passages recounting Jesus’ appearance to his disciples after the Resurrection. In almost every one of those stories, the disciples are filled with doubt and skepticism. It took those early followers of Jesus time to find their faith. It’s a lovely, captivating story but raises more questions than it answers. We don’t know much about these two, except that one was named Cleopas, a Greek name, which means “Proclaimer”. Of the other traveller, we know nothing, not even whether it was a man or woman. The Scripture tells us that Emmaus was about seven miles from Jerusalem. Even at a leisurely pace, it shouldn’t have taken them more than four or five hours to make the journey. Yet it took them till sundown to reach the outskirts of the town where they decided to spend the night. In addition, these two were not strangers to Jesus. Why did they not recognize him even after walking for hours with him, even after he spoke to them at length about the meaning of the Hebrew Scriptures? It’s only later in the story, when we hear them reflect on their experience, that they seem to realize that their “hearts were burning” as he spoke to them about the Scriptures. Even if they weren’t familiar with Jesus’ risen body, they never entertained the possibility that this stranger might be Jesus. Scripture scholars often remind us that the Gospels were written for evangelization, to teach others about Jesus of Nazareth, and not necessarily to offer a literal, minute-by-minute account of historical events. Knowing that this story was written almost 100 years after the event took place, it’s easy to imagine that it had surely been amended as it passed orally through several generations of believers. So perhaps the answers to our questions are hidden in the story’s goal of evangelization. Are not these two disciples so much like us? How often do we make our journey with Jesus the Risen One at our side and don’t recognize him? These friends of Jesus are heartbroken by recent events. Their dreams have been shattered. Anyone knows that people don’t come back from death. So, when they happen upon this stranger, they don’t even entertain the possibility that it might be their friend. They knew Jesus well. They’d likely shared meals with him, heard him preach, and had numerous conversations with him. And yet here, he remains a stranger. They didn’t expect him to be there. As it often is for us, it would be too good to be true that it might actually be Jesus with whom we’ve been walking. Like these two travellers, we often don’t pay close enough attention to those moments when “our hearts are burning within us” to realize it’s him. Even when we have those moments when something moves us to tears, or takes our breath away, or surprises us by its sheer coincidence, we don’t attribute them to his presence. It’s only when the two disciples look back and reflect on what happened earlier in the day that they realize that it was him all along. Aren’t we like that too in not understanding things till later? As the story goes, it’s when they sit down at the table for a meal that they finally recognize that it’s Jesus. For Jewish people of Jesus time, sharing a meal together is something you do with family, with those with whom you share kindship. And as they eat together as family, Jesus takes the bread and cup to give thanks, and “their eyes are opened”. Is this not what we do at every Eucharist? With Jesus the Risen One in our midst, we listen as family, as sisters and brothers, to stories that speak of God’s faithfulness and then gather around a table where we give thanks. In doing so, our eyes are opened, and we recognize that it’s him. And in our joy, we go forth, like them, to tell others what we’ve seen and heard.

Dan Schutte is one of the best-known and most influential composers of Catholic music for liturgy in the English-speaking world. Some of his most celebrated songs —“Here I Am, Lord”, “City of God”, and “Sing a New Song”— are from his years of collaboration with the St. Louis Jesuits. More recent collections like Love and Grace and his Mass setting, Mass of Christ the Savior, continue to exhibit that enduring ability to reach into people’s hearts, young and old, and draw them into prayer. Currently, Dan is composer-in-residence at the University of San Francisco.