Whoever is not with me is against me 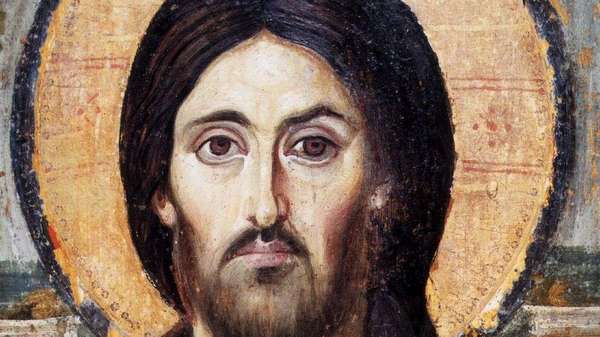 "Whoever is not with me is against me" Matt 12:30 Talk about throwing down the gauntlet! Those unfamiliar with this passage from the Gospel of Matthew might be surprised to hear it was Jesus of Nazareth who first uttered these words. Words which are a stark contrast to the image of Jesus as gentle and peaceful. In the first episode of  the Catholicism series, Fr. Robert Barron shakes us out of our tendency to ‘domesticate’ the figure of Christ. Instead he reminds us that Jesus of Nazareth was a deeply disconcerting, subversive figure. The gospel writers are clear: Jesus Christ is a warrior king who has come to set his people free. Unlike other spiritual leaders, who do not point to themselves, Jesus of Nazareth keeps speaking and acting as if he is God. No wonder the religious authorities wanted him dead! What’s particularly intriguing about the figure of Christ is that he compels a choice. You either believe he is God's 'Annointed One' or you do not (and you're incensed at the idea). As Jesus says, you're either with him or you're against him. There's no room for a middle ground.  The Gospel writers go to great pains to make Christ's divinity explicit. “Awe and fear” are the words used to describe him; the same words used to describe encounters with God in ancient Hebrew texts. Regardless of where you stand, its clear that Jesus was radical – and not in some kind of 1960’s way. Jesus of Nazareth overturned the religious and cultural norms of his day and he did so in the most unexpected and startlingly manner. Despite his ignominious death, the first disciples remain convinced about the divinity of Jesus. So much so that they go to the ends of the earth to proclaim Jesus Christ has defeated sin and death! The certainty of Jesus' resurrection gave ordinary men and women an uncommon boldness and courage in the face of terrifying world powers. Its crazy stuff. Whether you’re a cradle Catholic or a recent convert taking some time to consider the radicality of the person of Christ and the incredulous truth that God became man is time well-spent and good Lenten practice. I’ll leave you with a great passage by G.K. Chesterton which hints at the majesty of Jesus in New Testament:

… I looked at the New Testament. There I found an account, not in the least of a person with his hair parted in the middle or his hands clasped in appeal, but of an extraordinary being with lips of thunder and acts of lurid decision, flinging down tables, casting out devils, passing with the wild secrecy of the wind from mountain isolation to a sort of dreadful demagogy a being who often acted like an angry god- and always like a god. Christ had even a literary style of his own, not to be found, I think, elsewhere; it consists of an almost furious use of the a fortiori. His “how much more” is piled one upon another like castle upon castle in the clouds. The diction used about Christ has been, and perhaps wisely, sweet and submissive, but the diction used by Christ is quite curiously gigantesque; it is full of camels leaping through needles and mountains hurled into the sea. Morally it is equally terrific; he called himself a sword of slaughter, and told men to buy swords if they sold their coats for them. That he used other even wilder words on the side of non-resistance greatly increases the mystery but it also, if anything rather increases the violence. ..Here we must remember the difficult definition of Christianity already given; Christianity is a superhuman paradox whereby two opposite passions may blaze beside each other. The one explanation of the Gospel language that does explain it, is that it is the survey of one who from some supernatural height beholds some more startlingly synthesis. Orthodoxy, 153-154

Learn more about the mysterious figure of Jesus Christ and his Church in this week’s episode of Catholicism: Amazed and Afraid: The Revelation of God Become Man.  Sundays at 9pm ET/ 6pm PT _ Photo credit: Wikimedia Commons