Where is Christ in Communications? 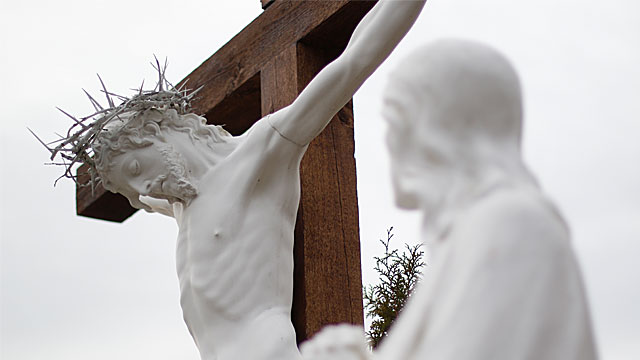 World Communications Day Where is Christ in Communication? Written by Dr. Jennifer Reid Adjunct Professor, University of St. Michael's College This year marks the fiftieth anniversary of the inauguration of World Communications Day by the Catholic Church. The past fifty years have brought radical changes in the way we communicate. Every change has created new challenges for everyone around the world as we adopt and adapt to new communications media, and not just on the functional level of technology. Every new medium of communication has intrinsic characteristics and dynamics that establish new modes and codes of behaviour and relationship that challenge our previous values. In this jubilee Year of Mercy, Pope Francis has asked us to communicate in thought, word, and deed in a spirit of compassion that reflects the Christian reality of our connectedness to God and the loving, inclusive nature of Jesus Christ. The words of Pope Francis draw attention to a need for sensitivity towards our understanding of compassion and mercy, particularly in our digital media environments, like email, text, and social media. He suggests that we do not recognize them as human environments, as we would a “public square”. Reminding us that “as sons and daughters of God, we are called to communicate with everyone, without exception”, he exhorts us to be “inspired by charity, by divine love” so that “our communication will be touched with God’s own power”, even in those media environments where our humanity may be obscured. In other words, Pope Francis asks us to consider the fundamental question, “where is Christ in communication?” The Church has been meditating on this question since the beginning of Christianity itself. Communication is at the heart of Christianity. Our faith is founded upon a real-life, historical encounter with Jesus Christ. During his lifetime, Jesus communicated directly with our ancient brothers and sisters in distinctly human ways. He travelled by various means throughout their lands. He met them where they lived, worked, and worshipped. He spoke to them directly, using gestures, words, and images they could grasp. He used his own hands, spittle, breath, and words to heal the mentally, spiritually, and physically ill. He used prayer and contemplation to speak with his Father in heaven. At the Last Supper he offered bread and wine as his body and blood for his disciples to eat and drink as a sign of the sacrifice of his own human body and life that was to come. Even his arrest, imprisonment, torture, and execution were distinctly human forms of communication. When Jesus died on the cross, his conversation with our ancient brothers and sisters was not over. After three days, he returned to them. For forty days he continued his teaching, but in a new and deeper way. He had been transformed. He appeared to his disciples so that they could understand the reality of the Resurrection, as well as the reality of all that he and the scriptures had promised them about God, heaven, and salvation. Even when Jesus finally ascended into heaven, he did not cease communicating with them. He gave his disciples the gift of the Holy Spirit so they could go out and bring the light of Christ to the world. The apostles then began the tradition of passing along the experience of Christ to others in thought, word, and deed. Like Jesus Christ during his human lifetime, they used the available media of their time to accomplish this task, but with the added dimension of the Holy Spirit. In this way, they were not limited by voice nor writing, nor language nor geography, but were able to interface with the world through the illimitable and transcendent power of the Spirit in the Risen Lord. This tradition of communication, begun by our ancient brothers and sisters, continues today both inside and outside the Church. We continue to communicate directly with Christ in many ways, for example, through faith, prayer, revelation, scripture, baptism, reconciliation, and communion. As Christians we are in constant communication with the Father, the Son, and the Holy Spirit. God has revealed to us that not everyone can be “reached” in the same way. At a certain point in human history, God felt it was time for a more intimate form of communication with his people: the birth of his son Jesus through Mary. At this event, Word was made flesh, and humanity was remade on the deepest levels of language and being. Pope Francis brings us back to this fundamental conversation we hold with God in Jesus Christ as the most radical form of language upon which our true humanity is based. It is we, as Christians, who are the Christ in communication for our brothers and sisters. Let us be “letters of Christ”, as St. Paul called us, bringing light to the world in our compassion for one another as we meet across time and space through all our media. Photo: A statue of the crucified Christ is seen at Cure of Ars Church in Merrick, N.Y., Jan. 14. Good Friday, observed March 25 this year, commemorates the passion and death of Jesus. (CNS photo/Gregory A. Shemitz, Long Island Catholic)