Weekly News Round-Up: Sometimes the silence of the night can be deafening 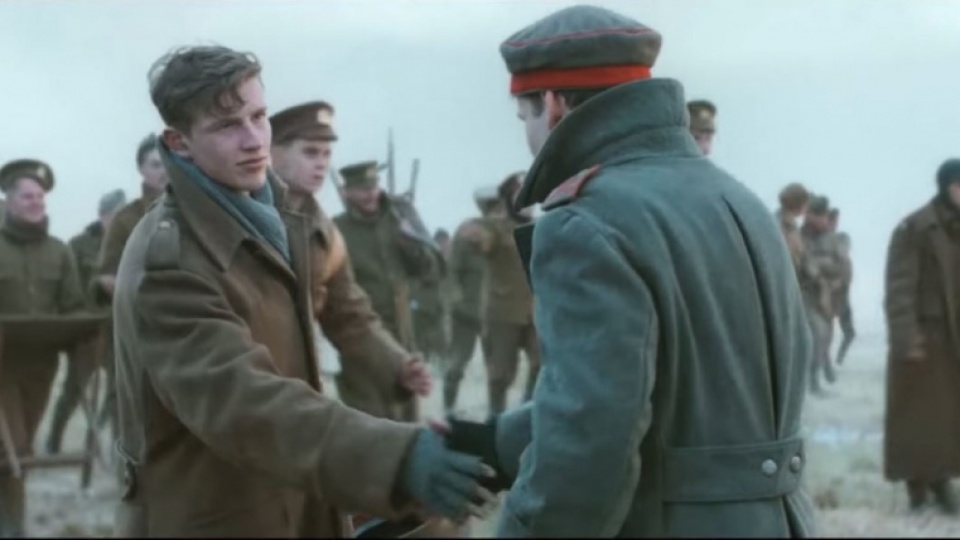 So you've probably heard that this Christmas Eve marks the 200th anniversary of the famous Christmas carol "Silent Night". It was on December 24, 1818, that the carol was first performed in a small chapel close to Salzburg, Austria. The carol was originally a poem that the pastor of St. Nikola Church quickly wrote then asked a local teacher to compose a melody for so that it could be played at Christmas Eve Mass because the organ in the church was broken.  You can read all about it here. Now, you have to admit, that Christmas carol has a profoundly peaceful effect which inspires good will to all men. Apparently, it had such a deafening effect on the front lines during WW1, that it inspired an unplanned cease fire and friendly moment between British and German troops during that dark period in human history. Check out the incredible ad by the British supermarket chain, Sainsbury's, that was inspired by the WW1 story of Silent Night: Interestingly, that commercial wasn't just a brilliant piece of fiction based on urban legends. It was actually based on a lot of research, consultation with military historians, and hours of cross-referencing historical, first-hand accounts written in journals from both sides. Check out the story behind that commercial! Here's another video that's making the social media rounds. It's a speech delivered by Guardians of the Galaxy's Star-Lord himself, actor Chris Pratt, who recently delivered a Christmas-inspired speech at Disneyland's Candelight ceremony earlier this month. Since the late 1950's the story of the First Christmas has been retold at Disney's annual event, complete with Christmas music, Scripture readings, and a full choir and orchestra. Now, if you are like me, a dad with kids at home for Christmas vacation, you'll probably be looking for some suitable Christmas movies that they would enjoy. Check out this article by ChurchPop which lists 10 great family Christmas movies with Christ-like messages suitable for the entire family to watch this holiday season! Well, that's all that I have for you this Friday afternoon. I hope you enjoyed this post as much as I enjoyed putting it together for you. Be sure to check back with us in the new year for more! Also, be sure to catch all the latest Catholic news and stories from around the world on Perspectives Daily. The show airs on the network Monday to Friday at 7pm ET or you can catch the latest episodes online here.

Merry Christmas and Happy New Year from all of us here at the Salt and Light studios!