Vatican statement on remarks about condoms

As you may have read from our Vatican correspondent Alicia Ambrosio here, there's been a lot of focus on Pope Benedict XVI's remarks on condoms.  The comments come in the interview book "Light of the World," which is released this week, but of which excerpts were published in the Vatican newspaper L'Osservatore Romano on Saturday.  The response prompted the Vatican to release a statement of clarification.   See below the note issued by Holy See Press Office Director Fr. Federico Lombardi, SJ, regarding the remarks: 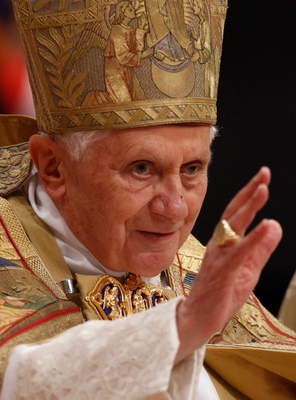 At the end of chapter eleven of the book 'Light of the World' the Pope responds to two questions about the battle against AIDS and the use of condoms, questions that reconnect with the discussions that arose in the wake of certain statements the Pope made on this subject during the course of his 2009 trip to Africa. The Pope again makes it clear that his intention was not to take up a position on the problem of condoms in general; his aim, rather was to reaffirm with force that the problem of AIDS cannot be solved simply by distributing condoms, because much more needs to be done: prevention, education, help, advice, accompaniment, both to prevent people from falling ill and to help them if they do. The Pope observes that even in the non-ecclesial context an analogous awareness has developed, as is apparent in the so-called ABC theory (Abstinence - Be Faithful - Condom), in which the first two elements (abstinence and fidelity) are more decisive and fundamental in the battle against AIDS, while condoms take last place, as a way out when the other two are absent. It should thus be clear that condoms are not the solution to the problem. Continue reading

There was also a clarification by Father Lombardi on the Pope's example of a "male prostitute".  Was he limiting his view to a particular group?  According to Father Lombardi, no.  CNS' John Thavis explains in the CNS blog. CNS photo/Paul Haring
It should have been a weekend celebrating the universality of the Church.
But instead of a focus on 24 new Cardinals, the focus has been on comments from the Pope regarding condoms.
On Saturday, the Vatican newspaper L’Osservatore Romano published excerpts from a new interview book with Pope Benedict that’s due out this week.