The Word is Alive Part 2 of 3: Scripture and Tradition 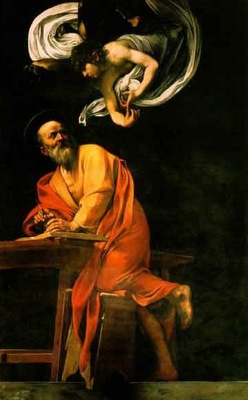 Last time I looked at the issue of reading the Gospels literally and briefly looked at how and why the Gospels may have been written. When you read the Gospels, it’s not so much the facts, but the message that matters.
Peter Kreeft in his book You Can Understand the Bible (Ignatius Press) clarifies this point further. The term “Gospel” has a wider meaning than simply the four books written by the four Evangelists. The “Gospel” means the good news contained within these volumes: the real events in which God’s plan of salvation was fulfilled. This Gospel was preached, believed and lived for, years before any books were ever written. Kreeft writes that the Gospel, as our link to Christ, “was first forged in the living Church, shaped in their prayer life, meditation, practice and preaching prior to any of the written texts we now possess. The Gospels are four of the books that the Church wrote and uses to teach us.” And so, the Catholic Church teaches a close relationship between Sacred Scripture and Tradition (Catechism of the Catholic Church (herein CCC) paragraph 80). The Second Vatican Council Document, Dei Verbum (herein DV), reads:

Sacred tradition and Sacred Scripture form one sacred deposit of the word of God, committed to the Church. Holding fast to this deposit the entire holy people united with their shepherds remain always steadfast in the teaching of the Apostles, in the common life, in the breaking of the bread and in prayers (see Acts 2, 42, Greek text), so that holding to, practicing and professing the heritage of the faith, it becomes on the part of the bishops and faithful a single common effort (DV 10).

Does this mean that the events described in the Gospels are not necessarily true? Perhaps not in the factual sense of “true.” Something can be “truth” and not be fact. If a three-year-old child indicates that his dad is forty feet tall, clearly this is not “true.” But the “truth” of the statement is that from the point of view of a three-year-old, his Dad is a giant. And so, while his statement is not factually true, it does hold a certain degree of truth. It is the same with Scriptures. While some of the events may not be described factually, the truth to which they point is “true”. Let me give you an example: Whether Jesus fed 3000 or 5000 (Matthew 14:13-21) or whether he was visited by wise men who gave him gifts of gold, frankincense and myrrh (Matthew 2:11-13) is not really the point of those stories. It may be true (factually) but what’s important is the truth to which the stories point: for example, Jesus multiplies what we have to offer (in the multiplication of the fishes and loaves story) and Jesus is King (gold), Priest (frankincense) and Sacrifice (Myrrh). The Gospels are about quality, not quantity. The Catholic Church believes and teaches that God is the author of Sacred Scripture (CCC 105) for “all scripture is inspired by God and is useful for teaching, for reproof, for correction, and for training in righteousness” (2 Timothy 3:16 ). The Church teaches that the:

...Holy mother Church, relying on the belief of the Apostles (see John 20:31; 2 Tim. 3:16; 2 Peter 1:19-20, 3:15-16), holds that the books of both the Old and New Testaments in their entirety, with all their parts, are sacred and canonical because written under the inspiration of the Holy Spirit, they have God as their author and have been handed on as such to the Church herself. In composing the sacred books, God chose men and while employed by Him they made use of their powers and abilities, so that with Him acting in them and through them, they, as true authors, consigned to writing everything and only those things which He wanted (DV 11).

This means that everything in both the Old and New Testaments must be ascribed to the Holy Spirit and be held as Truth without error that God wished to put into sacred writings "for the sake of salvation" (DV 11). The document continues:

And so, we are called to use our God-given reason to interpret Scripture as best we can because:

God, the beginning and end of all things, can be known with certainty from created reality by the light of human reason (see Rom. 1:20); but teaches that it is through His revelation that those religious truths which are by their nature accessible to human reason can be known by all men with ease, with solid certitude and with no trace of error, even in this present state of the human race (DV 6).

Next time we’ll look at some practical ways that we can read and interpret Sacred Scripture.