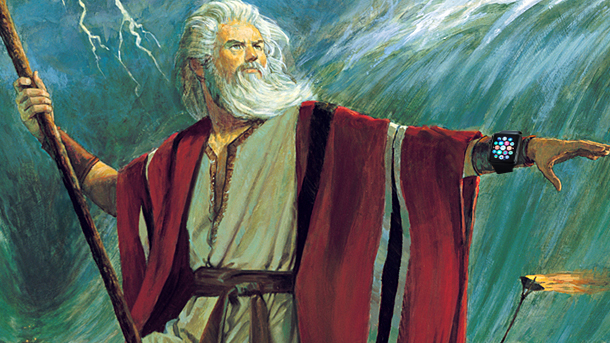 Last week, I went supper with a group of friends. All of a sudden, a friend sitting beside me took off his smartwatch and put it harshly on the table. I turned to him and he looked so angry. I thought it is because someone texted him something awful to make him angry. I asked him what happened and he said, “The smartwatch is so stupid. I press the button one time and it doesn’t do anything. So I pressed it again and it canceled my first press. What a stupid smart watch!!” Then I told him, this is called “Moses’ effect!”

“Moses then raised his hand and struck the rock twice with the branch; water gushed out in abundance, and the community and their livestock drank.” (Numbers 20:11)

Moses struck the rock twice because of his lack of faith in God!  My friend pressed the smartwatch button twice because he has no faith in the smartwatch? Of course, this was just a joke to my friend. I do not think my friend was being punished by the smartwatch because of his lack of faith. He just has lack of patience. God knows everything. God knows Moses had a lack of faith in Him. God said to Moses and Aaron, “Because you did not believe that I could assert my holiness before the Israelites' eyes, you will not lead this assembly into the country which I am giving them.” (Numbers 20:12) How many times are we mad to God for prayers that are said in vain? How many times do we simply not trust God? I had to take a deep breath when I was seriously thinking about this. However, everyone says to keep praying! Don’t get me wrong, God allows us to pray for the same thing over and over again, but it has to be done with total faith! We cannot pray repeatedly because we do not trust God. This is not logical. If we do not trust God, then we shouldn’t be praying at all, right? The power of faith is enormous. We are told over again that Jesus said to the person who had been cured, “Your faith has healed you.” It is implicitly saying that it is not Jesus who has some sort of special power to heal the sick people. They are truly healed through their faith which is a special relationship between God and them. The relationship is unique, true and powerful. It is not hard to understand that God was angry with Moses because he broke his special relationship with God. On top of it, it was not the first time God asked Moses to strike the rock. In Exodus 17:6,  I shall be waiting for you there on the rock (at Horeb). Strike the rock, and water will come out for the people to drink.' This was what Moses did, with the elders of Israel looking on. I hope my friend doesn’t read this blog. I am sure that he won’t be too happy that I told everyone about his stupid smartwatch. Sorry! 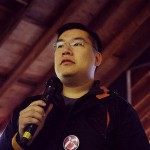 Billy Chan, a former radio host and motivational speaker,  spent the past ten years working with youth in Montreal. He enjoys using  humour to illustrate his relationship with God. In his blog, you will find reflections on his experience with youth ministry and his special way of working with youth today.