Telling them apart: So many Johns, part 3 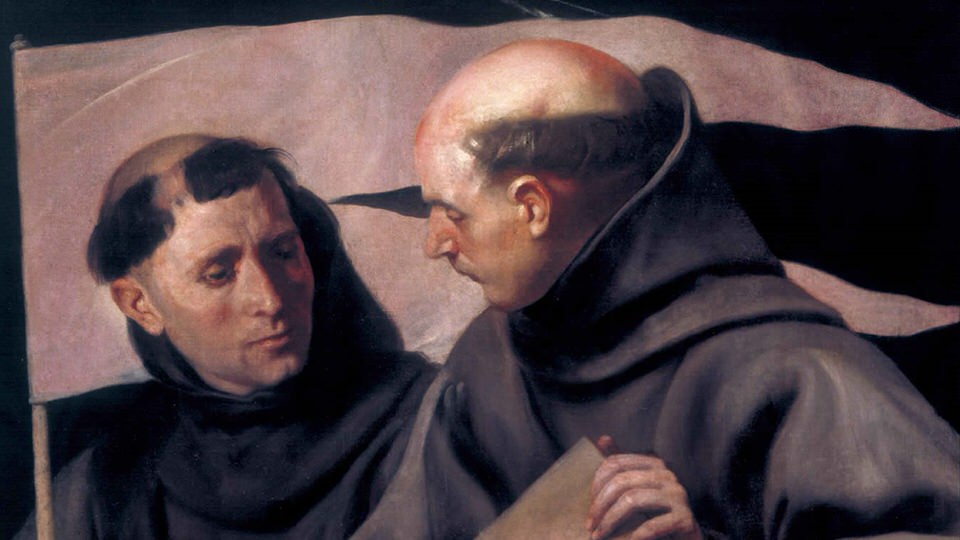 Detail of a painting by Alonso Cano depicting St. John of Capistrano (left) and St. Bernardine of Siena (Source: Wikimedia Commons)
Today I continue my exploration of saints named John with three you’ve probably heard of but may know nothing about. That was certainly the case with me before I looked them up!

If you’re like me and you grew up in a parish with a priest who had a particular liking for Eucharistic Prayer I, you can probably say the following list in your sleep:

And if you’re like me, you also probably never noticed that the names “John” and “Paul” come up twice. So the “John and Paul” towards the end are most definitely not the Apostles. Wow, if these guys get mentioned at Mass – in the Eucharistic Prayer no less – they must be pretty big stuff, right? So who were they? John and Paul were martyred in the fourth century and venerated as early as the fifth. … And that’s all we know – apart from where they were buried. There is a church on the Caelian Hill in Rome, originally a house church from the fourth century in which the two martyrs were buried. In the 19th century, excavations uncovered the remains of this early church, complete with frescoes depicting the martyrdom of the two saints. Santi Giovanni e Paolo al Celio is also the burial place of St. Paul of the Cross (because that’s not confusing). The feast day of the martyrs John and Paul is June 26. 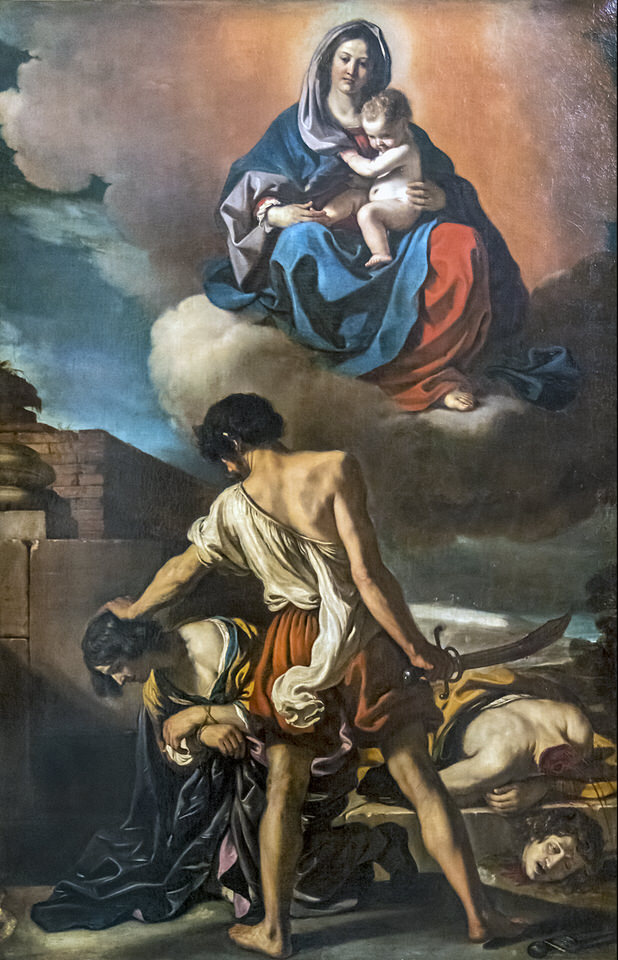 John Leonardi was born in Diecimo in northern Italy at the time of the Protestant Reformation. He began his adult life by pursuing a pharmacy career in nearby Lucca, but after completing a 10-year course of study, having always been of a pious nature, he began to study for the priesthood and was ordained in 1572. He devoted himself to charitable works, spending his time in hospitals and prisons. And inspired by the Council of Trent and the efforts for a Catholic Counter-Reformation, he also strove to encourage the people of Lucca to a more profound Christian faith. As often seems to happen with holy and virtuous people, several young men began to hang around with him, participating in his work and looking to him for spiritual guidance. Eventually, the little group of priests was established as an official congregation, though for political reasons, the leaders of Lucca objected to this homegrown religious order, and Leonardi spent most of the rest of his life effectively in exile in Rome, where he made the acquaintance of St. Philip Neri, who became his friend and spiritual adviser. He died in 1609, a victim of an influenza epidemic. True to form, he caught the disease while caring for those who were ill. After his death, the congregation became a full religious order with the name Clerics Regular of the Mother of God (OMD), though they are also known as the Luccan Fathers or the Leonardian Fathers. They’ve always been a small order and mainly confined to Italy, but they’ve been growing and expanding in recent decades and can now be found in Chile, India, Indonesia, Colombia, and Nigeria. In 2006, St. John Leonardi was named patron of pharmacists. His feast day is October 9. 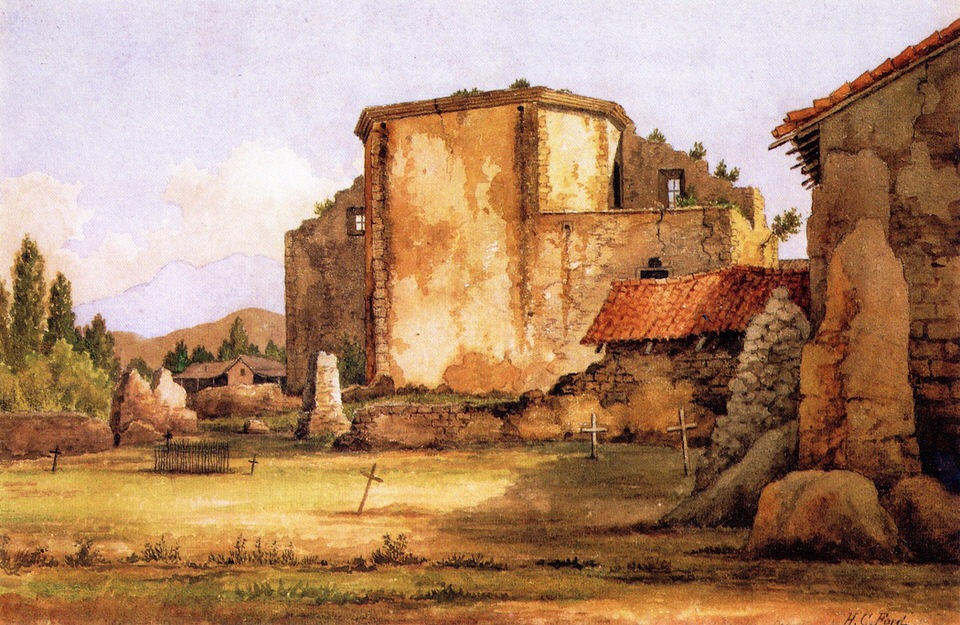 I admit when I hear the name Capistrano, I don’t think of a person. I think of a place. A place I’ve never been, in fact. But somehow it’s stuck in my head that the swallows always return to Capistrano…except they don’t so much anymore due to the urbanization of the surrounding area. San Juan Capistrano is the name of one of the early Franciscan missions in California, which, apart from the swallows, has an 18th-century chapel still in use where it is known that St. Junipero Serra celebrated Mass – the only building of its kind still in existence. But it was this familiarity with the name that made me curious to find out about the person it was named after. He was a Franciscan, of course. From a place called Capestrano in Italy. And it’s not surprising that I knew so little about him. He’s the sort of saint we find embarrassing these days because he perpetuated and reinforced prejudices that were common in the Church and in Western society in the past but which (we hope) we’ve grown out of. To be honest, it’s difficult to know what we should do with those parts of our history, especially when someone who was guilty of such acts has been labelled by past generations as a saint. It would be nice if we could have a healthy way of dealing with such painful issues. Instead, we tend to try to quietly forget about them. This John started out on a promising public career, having been appointed Governor of Perugia when he was only 26. But when fighting broke out in the region and he was sent into the rival territory as an ambassador of peace, he was thrown into prison, where he had time to contemplate his life and the state of his soul. Upon his release, he gave up his position and his (unconsummated) marriage to join the Franciscan Order. The Franciscans at this time were experiencing friction. The order had drifted away from St. Francis’ ideals of poverty and simplicity, and reforming spirits within the order were striving to bring it back to the vision of their founder. One of the leaders of the reform was St. Bernardine of Siena, who became a mentor of John of Capistrano, who joined his teacher in his reforming work. Even before his ordination as a priest, John had a reputation as an inspiring preacher, and he travelled throughout northern and eastern Europe, drawing crowds so large that he had to preach out in the open because no church was large enough to hold them. He preached and wrote against heresies that were leading people astray, but he is unfortunately also known for his denunciation of the Jews, stirring up his listeners to violence against their Jewish neighbours. Towards the end of John’s life, Europe was experiencing a new crisis in the form of invading Ottoman forces which threatened to sweep across the continent. Pope Callixtus III sent John to use his oratorical skills to inspire the gathering of a Christian force to oppose them. Not everyone was so eager, but he did manage, with the help of the famous Hungarian general, John Hunyadi, to gather an army of mercenaries and peasants, who, in July of 1456, overran the Turkish forces at the siege of Belgrade with the fiery, 70-year-old friar leading his own contingent of men. Three months later, John of Capistrano succumbed to that other major threat of this age: the bubonic plague. His feast day is October 23. 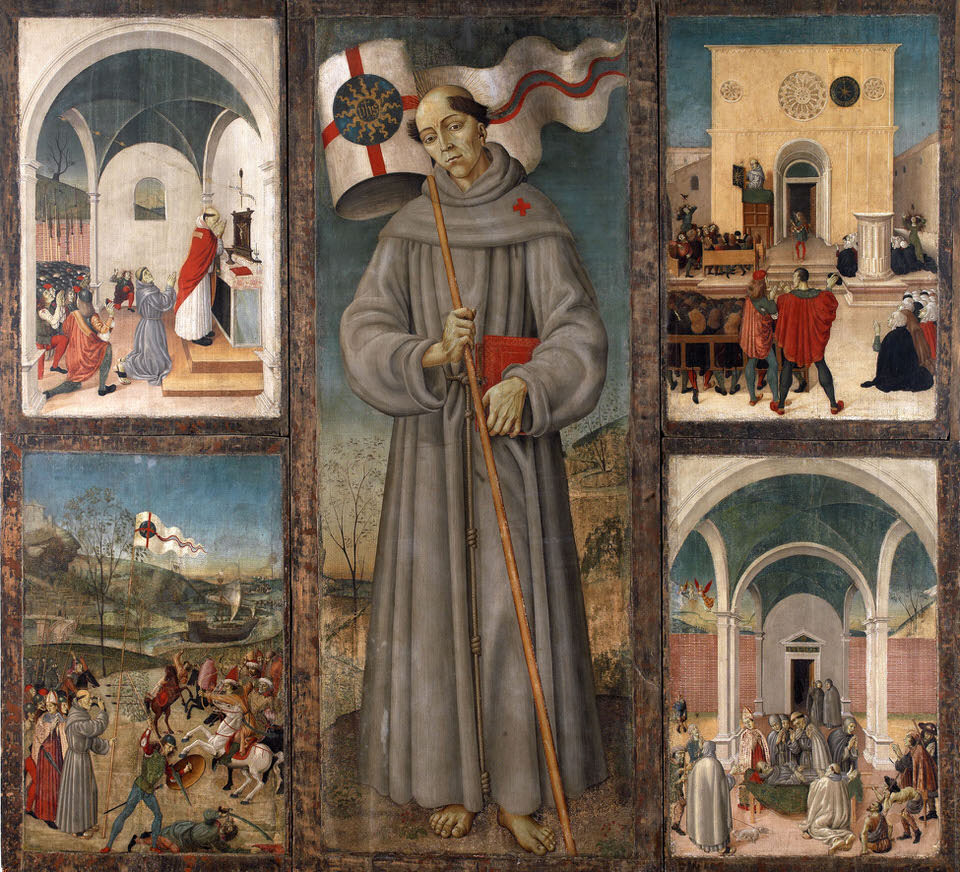