Under a gray, rainy, roman sky the Bishops participating in the Synod on the Middle East made their way to the Synod Hall. 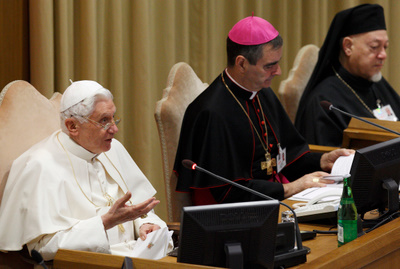