Statement from Cardinal Thomas Collins of Toronto, on the federal euthanasia/assisted suicide legislation 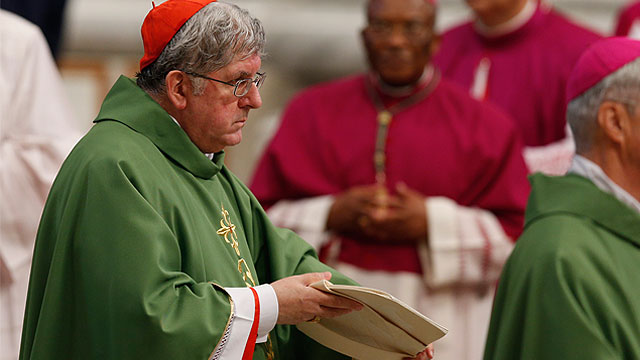 On April 14, 2016, the federal government introduced legislation that, if passed, will amend the criminal code to make euthanasia/assisted suicide legal in Canada. At a time when our priority should be fostering a culture of love, and enhancing resources for those suffering and facing death, assisted suicide leads us down a dark path. At first sight it may seem an attractive option, a quick and merciful escape from the suffering that can be experienced in life, but fuller reflection reveals its grim implications, not only for the individual but for our society, and especially for those who are most vulnerable. Such fuller reflection is sorely need now. Just days ago, Pope Francis stated, “Care and concern for the final stages of life is all the more necessary today, when contemporary society attempts to remove every trace of death and dying...Euthanasia and assisted suicide are serious threats to families worldwide.” In the coming days I, along with others who share deep concerns about assisted suicide, will study the proposed legislation carefully and continue to advocate for the most vulnerable among us. I thank the thousands of Canadians, of many faiths or no faith at all, who have reached out to elected representatives, respectfully expressing their concerns regarding the unsettling recommendations included in the parliamentary joint committee report. I would encourage all those who are troubled by the prospect of assisted suicide to continue to dialogue with their members of parliament, both at the federal and provincial level to: A discussion about death is never an easy one. Yet now, more than ever, Canadians across the country need to be fully informed and mindful of the implications of this legislation. In a familiar Catholic prayer we meditate on the two key moments of life: now, and the hour of our death. In these days ahead, may that reflection guide us as in a spirit of love, mercy and compassion, we journey with all those who are suffering. Thomas Cardinal Collins Archbishop of Toronto April 14, 2016