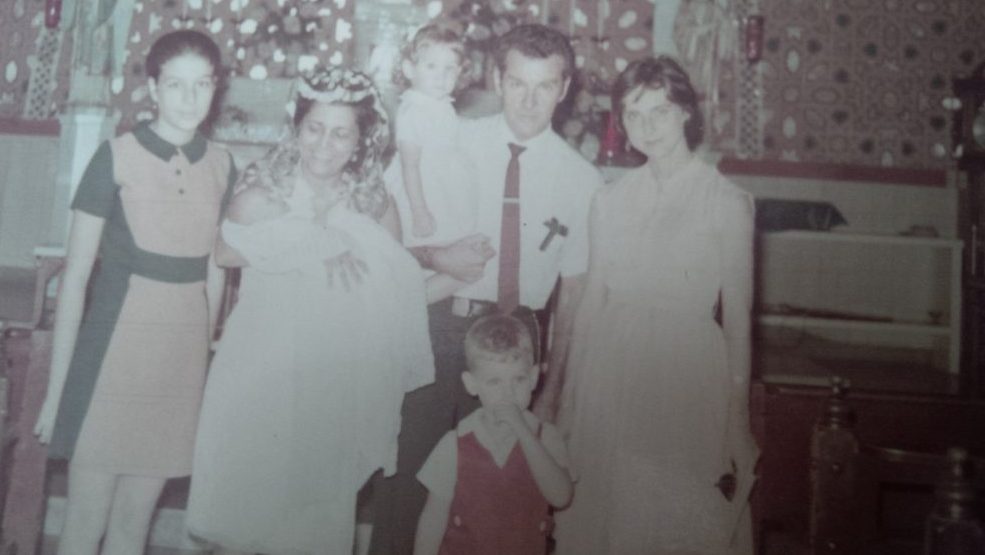 Eight-day-old Deacon Pedro at his Baptism.
When you think of Lent, what do you think of? Do you think of feasting or fasting? Do you think of partying or penance? How many of you, when you think of Lent, think of Baptism? Surely the Catechumens, those preparing for Baptism at Easter, who do their final preparations during Lent are thinking of Baptism, but the rest of us? A few years ago I received a book by Jerry Galipeau titled, You Have Put On Christ: Cultivating a Baptismal Spirituality (I interviewed Jerry for the Feb 28, 2015 edition of the SLHour). In it he says that Lent is a baptismal time. He quotes the Second Vatican Council Constitution on the Sacred Liturgy, #109:

The season of Lent has a twofold character: primarily by recalling or preparing for baptism and by penance, it disposes the faithful, who more diligently hear the word of God ad devote themselves to prayer, to celebrate the paschal mystery. This twofold character is to be brought into greater prominence both in the liturgy and by liturgical catechesis.

And so, Lent has two equally important strands: a baptismal one and a penitential one. We tend to over-emphasize the penitential one. At the end of Lent, during the Easter Vigil when the Catechumens are baptised we will all be renewing our Baptismal promises so after I read Jerry's book, I decided that I was going to pay extra attention to the readings and prayers during Lent and look for all the baptismal themes. This year during Lent we will hear about:

All these stories and themes have to do with repentance; they also have to do with Baptism. What happens at Baptism? It is a cleansing and also an entering into a new life; a new life in Christ. Baptism is also a Covenant. The YouCat (the Church’s youth catechism given to us by Pope Benedict XVI) says that “Baptism is a covenant with God” because “the individual must say Yes to it.” (YC#194) That makes sense since every Sacrament involves our action and God’s action: We do something and God does something; that’s a Covenant. In Baptism we do something: the prayers, the ritual, everything with the water, the oils, the white garment, the candle – that’s our part. Then God does His part: He sends us his Grace. So, Baptism is also about Grace: In Baptism we primarily receive two Graces: We are freed from sin and we are reborn as children of God (CCC#1213). By going through the waters of Baptism, literally plunging into the waters (the word baptism comes from the Greek baptizein, which means “to plunge”) just as the people in the time of Noah went through the flood, we die to sin, all sin is buried in the waters, and we come up on the other side, reborn in Christ. Baptism is a death and a resurrection. St. Paul says that all who are baptised are baptised into the death of Christ, we are buried with him, so that as Christ is raised, we too can walk in the newness of life (Rom 6:3-4; Col 2:12). In Baptism we are freed from all sin and we become children of God, no longer slaves to sin, but as adopted sons and daughters of God, who now have access to God’s very life, to the life that Adam and Eve had in the Garden of Eden. This is why Baptism is about sin and in a very special way Original Sin. It’s easy to look at next Sunday's Gospel (Mt 4:1-11), for example, and focus only on the fact that Jesus goes into the desert. But what happens just before Jesus goes into the desert? He is baptised! Then in the desert He overcomes temptation; He overcomes sin and the angels ministered to Him. (According to the Gospel of Mark, Jesus was is "among wild beasts" and the angels ministered to Him.) Who else lived among wild beasts and the angels ministered to them? Adam and Eve. (Adam and Even also wrestled with temptation.) So Jesus going into the desert is an analogy of being freed from sin, no longer a slave to sin but having the Communion with God that Adam and Eve had. That’s what happens at Baptism. And then what does Jesus do? He begins his ministry. And that’s what we forget about Baptism. Baptism is not the end of the journey, but the beginning. Baptism is the door to Faith and to ministry in the Church. God establishes a Covenant with us and we have to do our part. I don’t think we give Baptism the importance it requires. Most of us were baptised many years ago – we don’t remember it – some of us don’t even know when we were baptised or where. Some of us don’t have a relationship with our godparents. We should know, at the very least when and where we were baptised. I was baptised on February 8th, 1969 at San Francisco de la Caleta Parish in Panama City, Panama. I know who was there – I have photos, and I know who my godparents are. Do you? Your baptism is where it all began. I would not be here today, as a Deacon, working at S+L and writing this, had I not been baptised. Most of you would not be at Mass every Sunday had you not been baptised – and I don’t mean Catholic baptism; I mean all Christian Baptism, because it’s all the same. We believe in one Baptism. If you are baptised in any Christian denomination, you are baptised – you’ve been freed from Original Sin and you have become a child of God. 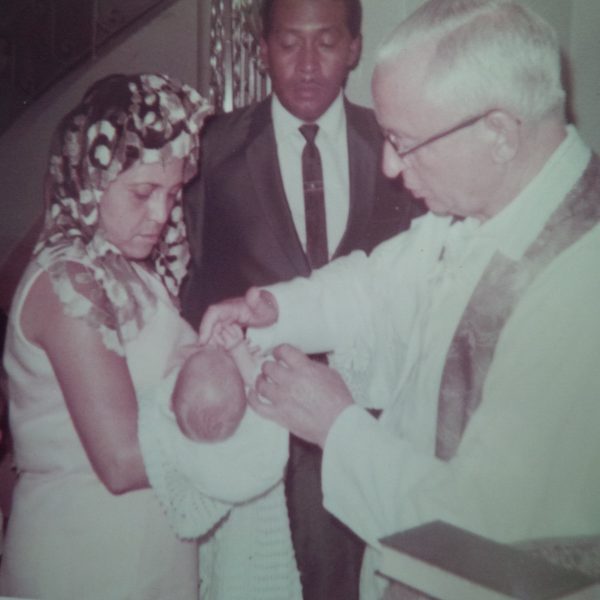 But we forget. Lent is a time to remember our Baptism because the days are getting longer, light is defeating darkness; it is in Lent that we go with Jesus into the desert, when we die with him in, are buried with him and we prepare to rise up with him and walk in the newness of life. I used to think that since we’re so young at baptism and still very young at Confirmation, there should be a second Confirmation – around our 30s when we truly accept, with full knowledge that we want to be Catholic followers of Jesus Christ; when we would renew our baptismal promises with full consent and knowledge; when we can truly say, “this is what I believe.” But we don’t need a second Confirmation. At every Mass, when we pray the Creed, in a way we are renewing our baptismal promises, but it is done with special importance during the Easter Vigil, at the end of Lent. That’s when we stand as a community and say, “This is what we believe and we are proud to profess it!” So Lent is a time when we remember and reflect on our Baptism, so that at the Easter Vigil we can renew with vigour our part of the Covenant. God does his part; let’s prepare during this Lenten season so we can do ours. Since most of us don't remember our Baptism and never went through a preparation for our Baptism, next week, let's begin looking closer at what it means to be a catechumen and what it's like to go through the Catechumenate and prepare to be received into the Catholic Church. Learn more about Baptism: What is Baptism? part one, part two and part three